Christmas can bring out the worst in folk. Maybe it’s just all that alcohol knocking about, or the idea of having to be cooped up with people you really can’t stand – that’s right, your family – festivities have the ability to go tits up real quick.

At least there can be some respite with a good Christmas flick to take your mind off of everything. There are of course plenty to choose from, but be warned, despite the festive title, this film isn’t one of them. 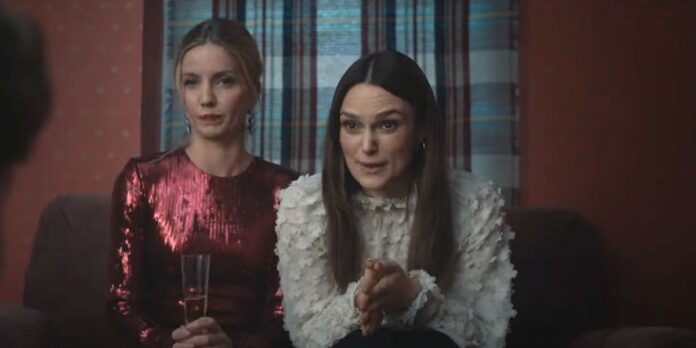 So you see, Christmas is just a construct of western consumerism. Now eat your mince pie.

Getting ready for festivities in a lovely remote country house are Nell (Keira Knightley) and Simon (Matthew Goode) and their three boys. They are putting on a Christmas party like no other for their school friends who are attending.

There will of course be plenty of booze and food for their guests, which is just as well, as it’s likely to be the last Christmas that any of them have, as there’s something particularly nasty in the air, and it isn’t the smell of the turkey burning. 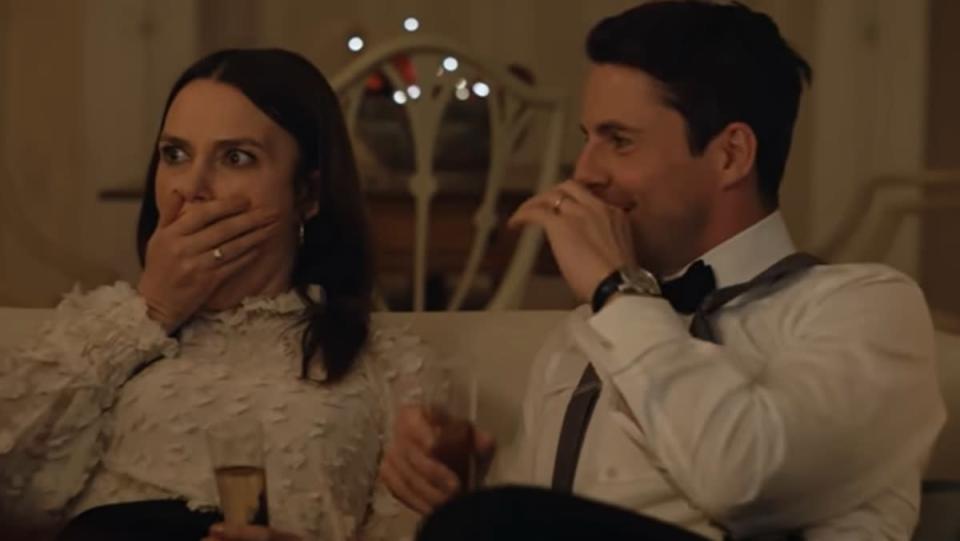 Then someone told them they couldn't direct traffic in a one way street!

This British film is somewhat of a curiosity, being both a Christmas film and a black comedy. Unfortunately it fails miserably on both counts.

It begins in almost Richard Curtis territory, certainly helped with the inclusion of Knightley, with sharp quips between the characters. It quickly mutates into something far gloomier however, with the guests all gathered to take their own lives, due to an environmental toxic cloud coming their way, bringing with it the end of days. So, It’s a Wonderful Life it isn’t. Which kind of begs the question, then what is it exactly?

As it’s neither funny nor Christmassy, what’s left is sort of an environmental warning of what could happen. It shoots itself in the foot somewhat by having the government come across as being fairly on the ball by dispensing what is called an exit pill to prevent major prolonged suffering. Of course this is possibly the hardest pill the film has to swallow however, in believing any government would be that efficient at a time of national need.

The film isn’t helped by being released at Christmas time, as it’s quite a depressing watch, and let’s face it, everyone has been though enough as it is without having even more doom and gloom rubbed in our yuletide faces.

This is writer and director Camille Griffin’s debut feature, but the good news is that things can only get better from here. Possibly. It does prove however that even if you have a really bad idea for a film, there’s every chance it can still get made, and having a big star like Knightley attached certainly doesn’t do any harm.

With the on-going global pandemic we’ve all suffered enough, so like handsy Uncle Mike at the family Christmas gathering, this one is best avoided.