Here’s a bit of trivia that, if you’re of a certain age, could make you feel really rather old: it’s nearly twenty years since Brit Jamie Bell made his debut in the titular role of Billy Elliot.

Since then, he’s appeared in over thirty features, which is made even more ridiculous by the fact that he’s still only 33. That’s the power of dance for you.

For his latest role, he possibly takes on an even greater challenge, by getting in the mindset of a Nazi, who may, or may not, have two left feet. 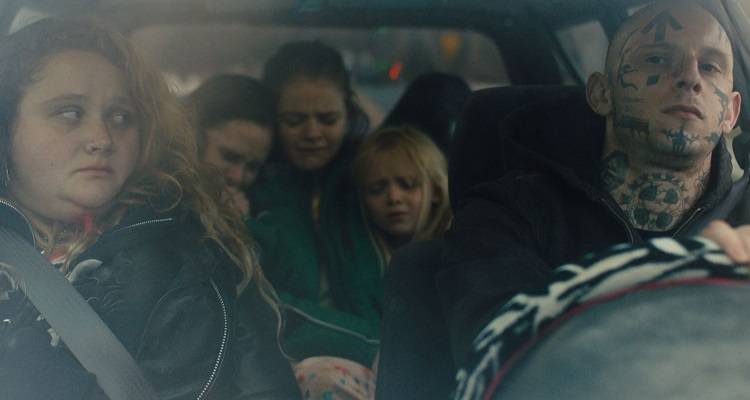 If you say He Who Dealt It one more time, I swear...

2009, Ohio, and Bryon Widner (Bell) is a member of a Neo-Nazi organisation group. He’s about as committed as you can be to the cause, with not only willing to do anything for his ‘family’, but by having a multitude of tattoos over his face and body, declaring his Aryan beliefs.

During a gathering, he meets Julie (Danielle Macdonald) and her three young daughters, who are performing for the crowd. She has had her own history with Nazis, but is keen to point out to Bryon that that’s all behind her now, regardless of the swastika on her leg, which she now deeply regrets.

Bryon sees something in Julie, and starts to hang out with her. The more he does, the more he realises that he doesn’t want to be a part of that way of life anymore. But it’s not the kind of club whereby once you stop paying membership, you’re out; they have spent years effectively grooming him, and they’re not prepared to let him just walk away anytime soon. 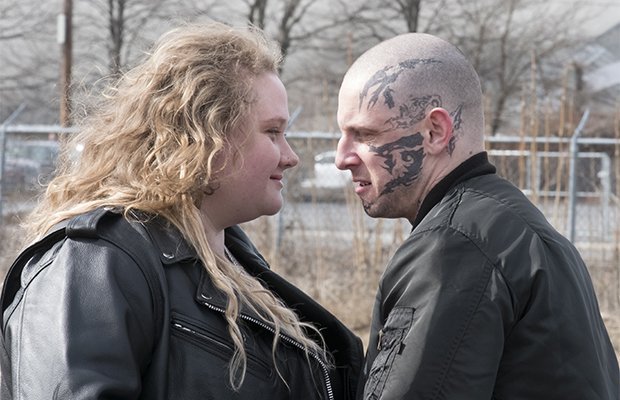 The neo-Nazi version of Grease wasn't to everyone's taste.

Israeli-born director Guy Nattiv hasn’t made things easy for himself for his first English spoken feature. Based on real-life events, it follows a young man, adopted by Nazis and raised with hatred and racism in his heart, who after finding love, has an epiphany of sorts, discovering there is another way to live.

The protagonist doesn’t help himself however, by inking himself with inappropriate symbols all over his face, which Bell displays throughout. It’s certainly a powerful statement visually, one difficult to ignore, that is carried throughout the film.

This power is slightly diminished however, as the film progresses, by a script that fails to get under the skin of the characters. Bell’s in particular could have been helped with being more vocal about his predicament; delving more into his background, his treatment, and be more upfront about his decision to get out. Nattiv relies on a fair amount of silence, which although adds to the general moodiness of the piece, makes it harder to read the characters.

As he also wrote the script, he has to take some of the blame, but considering that English isn’t his native tongue, it might be fair to cut him some slack on this front; he has, after all, already won an Oscar, for his short Skin, which although shares the same as this feature, is curiously unrelated.

What’s undeniable is the strong performance he gets from young (yes, still young!) Bell; considering his past and despicable actions, he’s a difficult character to love, but Bell slowly and smartly brings audiences around to the idea that perhaps he deserves his shot at redemption.

There’s also a beautifully dark turn from Vera Farmiga, as the ‘ma’ of the outfit, with a performance that just gets creepier the more we see of her.

Stylistically Nattiv does little wrong; its dark territory that he spends little time shining any light on, making it quietly disturbing. The film could have come into its own a little stronger however, if he focused more on the dialogue, that could certianly have benefitted from some fleshing out.