There have been many films that have explored how the mind works during sleep, often resulting in the stuff of nightmares, literally. Freddy Kruger has built an entire franchise out of it.

This film, starring Jason Momoa, has a slightly softer approach, as it brings a young girl’s dreams to life. 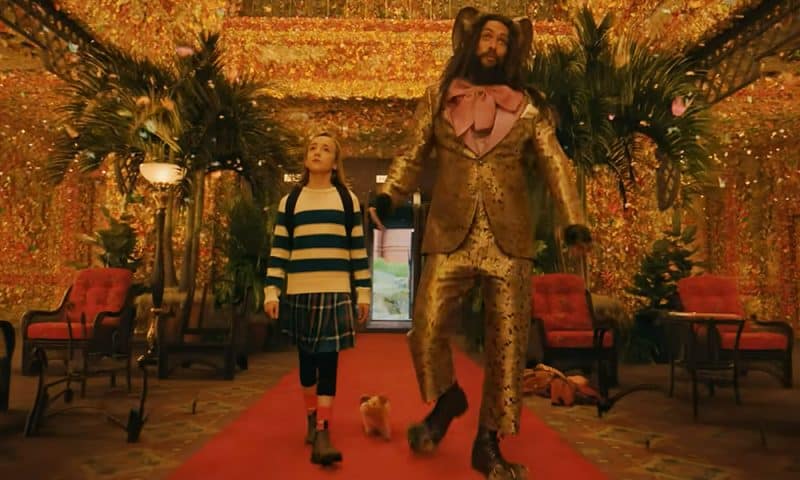 So this is where I do a lot of my spiritual healing.

Living in a remote lighthouse with her father (Kyle Chandler) is Nemo (Marlow Barkley). Although it’s just the two of them, they have the perfect relationship. One of Nemo’s favourite things is when her father tells her stories at bedtime, often involving her father’s adventures with his best friend Flip.

One stormy night her father gets a distress call that means he has to take his boat out on a rescue mission. Tragically, he never comes back.

This leads to Nemo having to move to the mainland and live with her estranged uncle Philip (Chris O'Dowd), who unfortunately isn’t used to spending time with children in any capacity at all.

Nemo finds some solace however when she falls asleep, where in her dreams, she meets the man himself Flip (Momoa), who is truly larger than life.

He tells her of a place, where nightmares loom, where pearls with special powers exist. If you’re fortunate enough to find them, they grant your wishes true.

Nemo wants to go there, no matter how dangerous it is, and although Flip is initially reluctant, he soon finds he has a young companion as they embark on their dreamy adventure together. 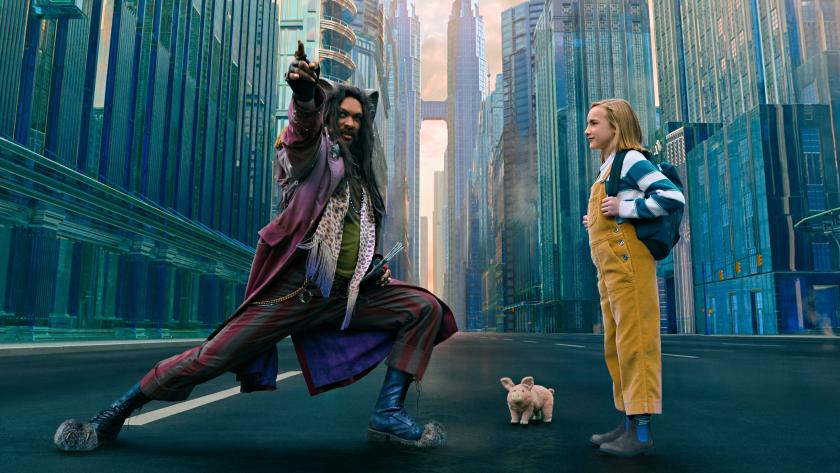 You requested the nearest Starbucks, it's location is...down there!!!!

Considering the impressive build of Momoa, it’s no wonder that he’s been given action roles to date, he is, after all, Aquaman. You can see the appeal of this role however, as it allows him to show off a fluffier fun side, which he does with aplomb. It brings out his inner peacock as he proudly shows off his colourful feathers.

It’s a film made up of many different influences, with the most obvious being almost a re-imaging of Alice, this time in a dreamy wonderland. Director Francis Lawrence wears his influences on his PJ’s too, with his film visually borrowing from the likes of Terry Gilliam, Tim Burton and a sprinkle of Christopher Nolan. That’s quite a mix, but it works, as the world’s he creates are really impressive.

Luckily though, there’s more to it than just its stunning visuals. Barkley is remarkable as Nemo, and it’s not only her incredible journey that is compelling, but her relationship with Flip, played with so much joy and freedom by Momoa. It’s a lovely relationship to see develop, and really is the beating heart of the film.

It’s also quite touching too, as there’s a subtext about loss and grieving, which Barkley handles with genuine sensitivity.

With its balance of an engaging story and striking visuals, Slumberland is an impressive take on what is a modern fairy tale, one that is wonderfully told, telling the kind of magical, imaginative story that is well worth staying awake for.