Sorry to Bother You

There is only one job that is literally soul-destroying for both parties involved, and that is telesales. There’s a tangible sense of dread when you pick up the phone and are greeted by someone eerily chirpy attempting to sell you double glazing.

On the other side though, what many don’t realise, or indeed sympathise with, is that with every call, another little piece of the telemarketer dies, until all that remains is a dry, dead husk.

This film by Boots Riley, goes some way to illustrate this dynamic, as it follows the rise of a young man in the world of telesales. 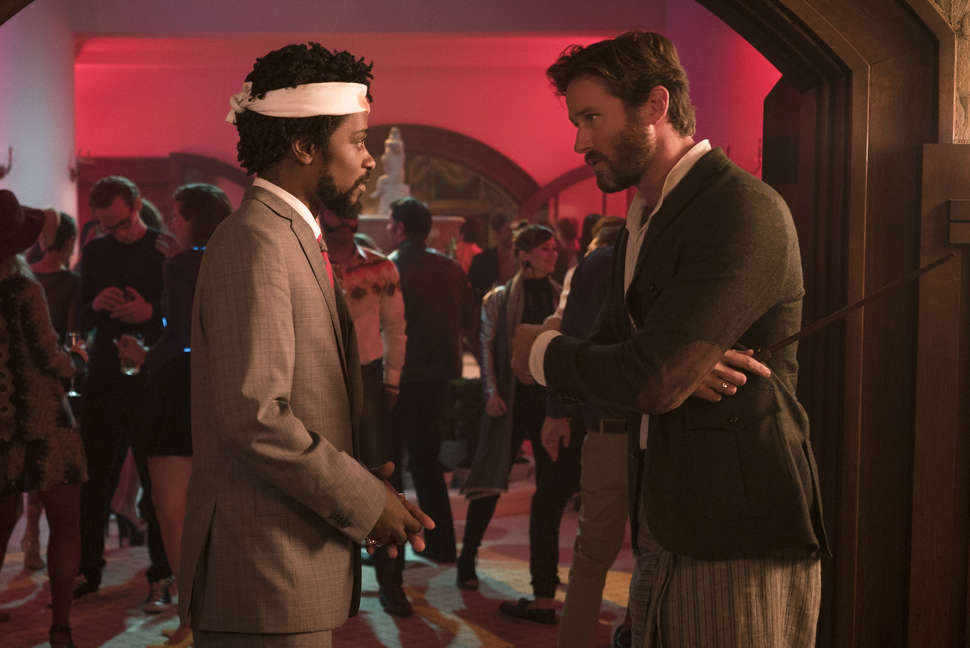 Look, you knew the rules to Shag, Marry or Shoot in the Head before playing.

Life isn’t going to plan for Cassius (Lakeith Stanfield); he’s jobless and owing rent to his uncle for living in his garage. Undeterred, he wants to make something of himself, and lies his way into a telesales job.

It’s a thankless task, where he’s even told to put on a white voice to make more sales. He does it though, to get the sales, and soon he’s making waves upstairs, where the mysterious power sellers go.

As he soon discovers though, this kind of success comes at a heavy price. 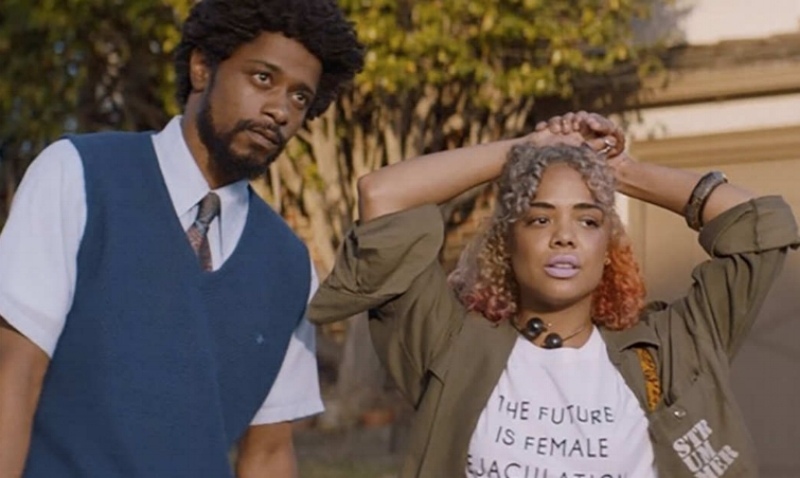 Oh look at those numbers. Looks like it's back to TV for the both of us.

Rapper Boots Riley makes his big screen directorial debut with this effort, which he also wrote. And although an interesting watch, it’s very much a case of mixed messaging. He’s caught between making social commentary and being a pseudo romantic comedy. Sadly, it fails on both counts.

The film doesn’t start to get interesting until the last third, but by then it’s too late. The script just doesn’t sparkle, letting a talented cast, which includes Tessa Thompson, Omari Hardwick and Armie Hammer, down. It’s a shame for Stanfield too, who is supremely watchable in Donald Glover’s Atlanta, but as a starring role vehicle for him, this sadly stalls.

Riley’s debut is too hard a sell; it just doesn’t have a USP for audiences to not only buy into, but more importantly, fall in love with.