When GOATs collide. That’s what you get when two of the Greatest Of All Time in their respective fields, join forces on the big screen.

First you have Bugs Bunny, one of the most iconic and recognisable animated characters ever, who has been entertaining audiences since the 1930’s. And more recently you have LeBron James, widely considered one of the best players of the basketball there is. Put them together and you have quite the team for this live action/animated sequel. 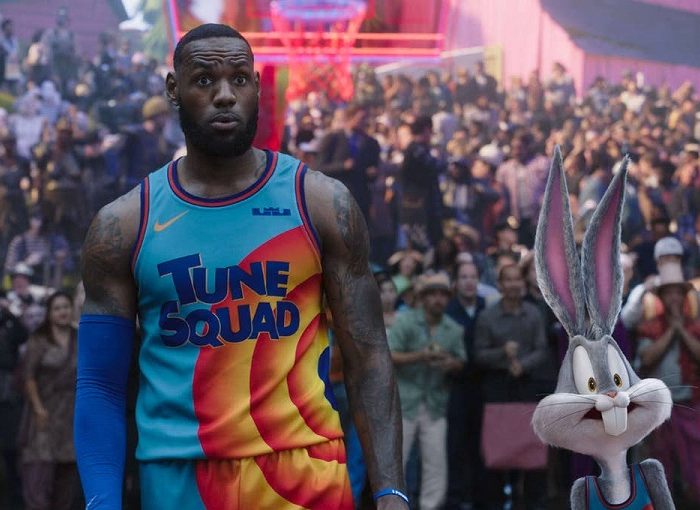 I'm really not sure the hoop should be used that way, but OK...

If anyone’s got game its NBA superstar LeBron James (James). He’s hot property on and off the court, so it’s no wonder that he gets invited by some film execs at Warner Bros to discuss film projects. LeBron is far from impressed with their pitches, but his 12-year-old son Dom (Cedric Joe), who is currently making a video game, is keen to learn more about Warner 3000, a piece of software the likes of which he’s never seen before.

What he doesn’t realise is that the software is ruled by sophisticated AI, known as Al-G Rhythm (Don Cheadle), who has a cunning plan, that involves sucking LeBron and his son into the WB Serververse, for the biggest challenge of their lives, that will also see them come face to face with some very familiar, albeit animated, faces. 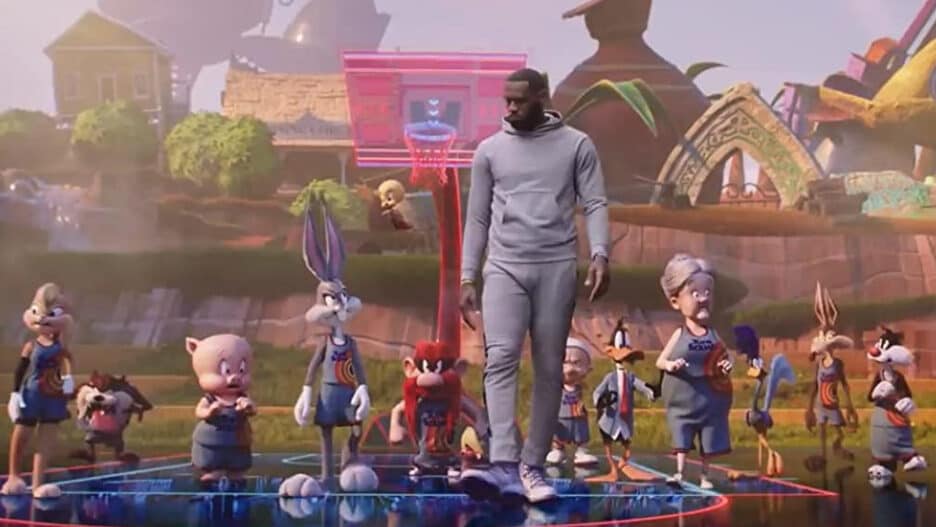 So today we're taking on those mother ******* from Nickelodeon. Are in you in James?

Considering it has been 25 years since the original Space Jam, starring fellow basketball GOAT Michael Jordon, you would think enough time would have past for something more original to have been dreamt up for this sequel, but no, it’s about as much of a carbon copy as you can get: successful basketball star gets to play ball with the Looney Tunes.

You also have to query its relevance in these times – do modern audiences still care about Bugs and co? And how big a name is James both outside of the world of sport and the US? Much like other American sports, such as American football and baseball, basketball is still not a global success, with the majority of the rest of the world not really fussed about a bouncing ball and some nets.

It’s no surprise then that this film leans heavily, and we’re talking almost gravity defying amounts of leaning here, on the appearance of other Warner Bros. franchises and their characters. Two of the weirdest include Mad Max and Casablanca, neither of which are surely age appropriate for this film’s target audience. It all has a whiff of desperation about it, as all manner of characters are thrown into the mix, making curious cameos, as if to say ‘yeah, I’m owned by WB!’.

So far less Jam and more of a pickle.

It has one saving gracing however, the animation; a lot of care and attention has gone into it, with various types from flat 2D, to 3D, to a heady live-action mix a la Who Framed Roger Rabbit?. It’s visually impressive, with the kind of colour palette that would put a rainbow convention to shame.

And if you are old enough to remember who Yosemite Sam, Road Runner etc are, then there’s a chance a pang of nostalgia is likely to score a point or two with you.

The film’s star may well be GOATS, but the film itself is way off the mark, closer to being LAMB – Lazy Attempt Mostly Balls.