At the ripe older age of 51 – even though he doesn’t look it, rather disappointingly – Will Smith is probably out of contention to be James Bond. That doesn’t mean however that he cannot play a spy of the highest calibre, particularly in animated form.

This latest animated feature, from the people behind the likes of Ice Age, Robots and Rio sees Smith with Tom Holland star in a flight of fancy spy tale. 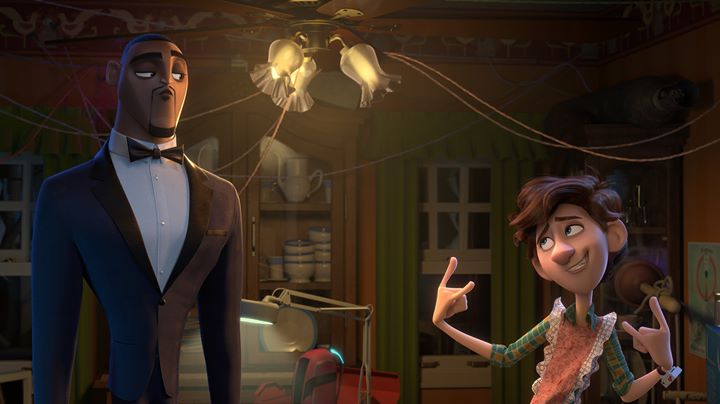 I may be wearing an old woman's pinny, but i'm still too cool for school.

Over the years, Agent Lance Sterling (Smith) has done his own thing, and it’s stood him in good stead, making him the agency’s top spy. He gets himself into a bit of a pickle on one assignment however, when he thought he’d saved the day yet again. Back at the agency though, they discover footage showing Lance actually committing the crime.

Now the main suspect, Lance finds his spy shoe on the other foot, and he's keen to clear his name. A ray of hope comes by way of tech support Walter (Tom Holland), whose gadget creations are far from orthodox.

With very little help available to him, Lance finds himself having to trust Walter and his curious creativity, who has a particularly bird-brained idea in mind to make it impossible for anyone to track Lance down. But can he handle such a massive change? 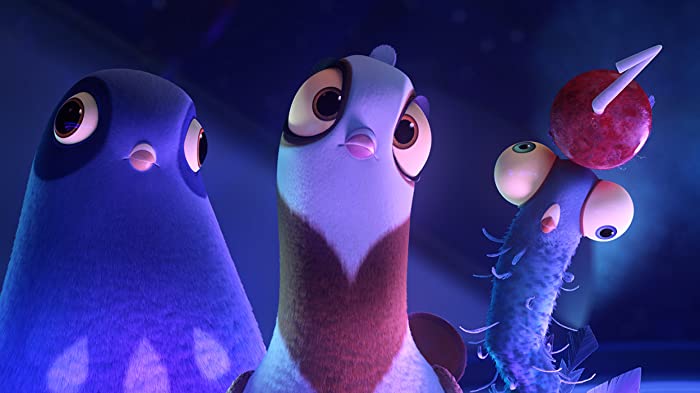 Don't worry guys, those chips will be ours.

It’s clear why this would have been an easy film to sell; the pitch would simply have been the title of the film and having Smith attached to star, and cheque books would have been out at the ready. And that’s part of this film’s problem.

There’s a promise here that it doesn’t quite deliver on, feeling like a hybrid of an idea. You have the fairly standard spy stuff, which is mildly entertaining, and then the oddball transformation, which feels almost gimmicky. When Lance goes through his transformation, he has no special powers, and his form, that of a pigeon, is undoubtedly disappointing. It must have been some meeting that out of all the incredible forms Smith’s character could become, they gave the thumbs up to the pigeon.

The reason for that of course, is that the film is based on an animated short. And you can see this quirky idea working in that medium. With this full feature however, the premise really comes unstuck. It even feels the filmmakers lose faith in the concept, as they have to resort to changing Lance back for the majority of the finale.

What’s almost stranger than the film’s story is the casting of Holland. Being completely biased, we’re all for British talent taking over the world, but it does seem rather curious that a similar US actor couldn’t have been found resulting in an almost identical performance. That’s no diss on Holland’s talents, but would you really see him as a go to guy to play an American in an animated film? That’s right, no.

That all said, the animation is incredibly sharp and pretty, particularly the water, reflections and texture effects, that have been beautifully presented. The only negative would be the characters obscenely skinny legs, that could give flamingos a complex over having fatty ones by comparison.

It’s a fun and goofy flick that’s likely to entertain the youngest of viewers, but unlike the pigeons that feature in it, loses its way fairly quickly and struggles to completely take off.