Out of all the many film genres, the Christmas film is the most curious. It’s one that often causes a fair bit of debate, as to which is the best one of all time – which is It’s a Wonderful Life, naturally.

And let’s put one thing to bed right now: Die Hard is not a Christmas film. It’s an action film set at Christmas, which doesn’t make it a Christmas flick. Yes, we did go there.

One that most definitely is would be is 2003’s Elf, starring Will Ferrell. It’s surprising then that Ferrell would not only agree to go through it all over again, but make things ten times worse for himself by it also being a musical. 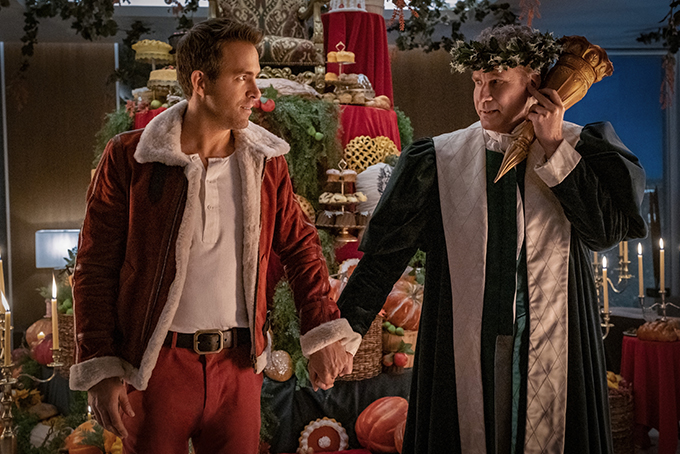 Running a well oiled team of do-gooders is Jacob Marley (Patrick Page), who is in the business of redemption. This is how it works: he has three operatives, Christmas Past (Sunita Mani), Present (Ferrell) and Yet-To-Come (voiced by Tracy Morgan), who visit individuals one by one, showing them the errors of their ways.

Present has being doing it for a number of years now, and HR are prompting him to retire, and although it’s tempting, he doesn’t believe he’s ready for it yet. He wants one more perp, one more person to help turn their life around. So he decides to go for the most unredeemable person they have on their books, media consultant Clint Briggs (Ryan Reynolds); he knows his way around they dark pits of social media, and is pretty unscrupulous in getting his way, regardless who gets trodden on in the process.

Marley reluctantly agrees, as they set out on their biggest challenge yet. And although Present is aware of what a piece of work Clint is, he’s not quite prepared for what he’s about to face. 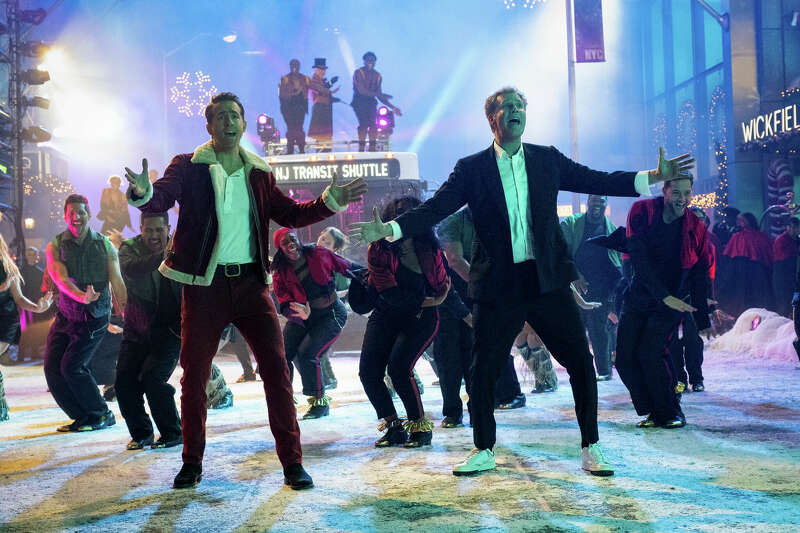 I'll be Ginger and you be Fred.

If you haven’t worked it out by now, this is based on Dickens' classic A Christmas Carol, which when it comes to Christmas films, is easily the most adapted story. The USP for this one obviously is that it’s a musical.

As any discerning film aficionado knows, the musical genre is the instrument of the devil himself. Under no circumstances is it acceptable for a character to burst into song. None whatsoever. There of course a handful of exceptions, such as Grease (and only the first one), and The Wizard of Oz, but it’s a very short list. And sadly this doesn’t make its way on it.

That’s not to say the songs are bad, far from it; they’ve been composed by the uber talented duo of Benj Pasek and Justin Paul, who were responsible for the music in Dear Evan Hansen, as well as songs for La La Land and The Greatest Showman. When they’re at their best, the songs feel like a homage to the musical work of Mel Brooks, with edgy lyrics that make you smile. For instance, one of their chirpy songs mentions Molly, which is another name for MDMA, so you have to give them kudos for that.

And there are a few more syrupy songs, but they are only to be expected, and are well produced for what they are.

It also delivers by having Ferrell and Reynolds share a screen together, despite them having to sing – which is proven here to not be a strong point of either. They make a fine double act though, with some truly funny exchanges between the two of them, and an unquestionable chemistry with their individual shtick working well together.

Director Sean Anders does well too, whose previous films include the Daddy’s Home films and Instant Family, and considering this is his first foray into the musical, he shows some moves, with bagfuls of energy and some pleasing set pieces.

Possibly the only area it struggles with is, much like the festive period itself, it drags on a bit, coming in at a weighty two hours and ten minutes long.

It’s undeniably entertaining and there is plenty of seasonal merriment to be had.