There's a huge sense of relief that Microsoft's Kinect has done little to change the face (arm, body, head etc) of gaming. It's a silly idea that is destined to become one of those peripherals that gamers really can't think why they bought into the hype of in the first place.

Although Sony's move controller may have been born from a knee-jerk reaction to the Kinect generally, and the Wii controller more specifically, it's still attempting to come into its own. Certainly its part in Sony's Wonderbook creation, which sees it as an integral tool in the augmented worlds the book helps to create, is certainly a step in the right direction.

It's just a shame that the controller hasn't been fully embraced by gamers in its own right. Although this sequel is unlikely to attract a large new following, it's the perfect title to once again demonstrate what an intuitive bit of kit it is.

Sports Champions 2 is a collection of six events: boxing, golf, skiing, bowling and the return of archery.

Probably the least enjoyable one is bowling. It was mildly entertaining as part of Wii Sports, but that initial 'thrill' has long gone for the sport. That said, the Move controller brings a far greater level of control to proceedings, so it's more than just swinging your controller at the TV. 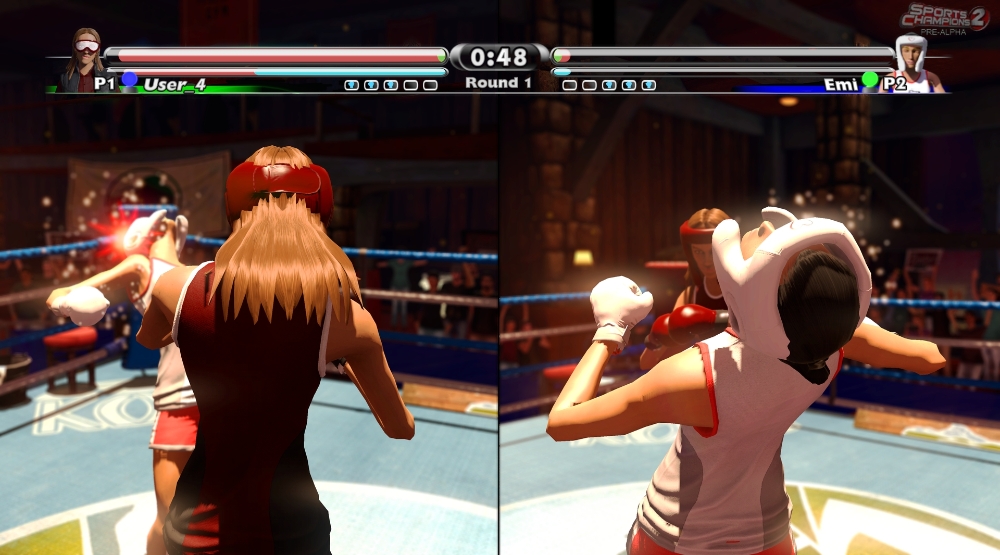 In fact, this level of control can be said for all the disciplines on offer. Tennis, golf, and boxing also featured in Wii Sports, but the Move controller takes not only the precision of movement, but also fun factor for all of them up a notch or two.

Take the boxing for example. It's a simple enough premise: hit your opponent harder than they hit you. With the Move however, there's a surprising amount of depth to the gameplay. It's not just a matter of throwing punches, but also knowing when to block. It even manages to work really well using just one controller, although if you do have two of them, you'll know doubt get a more satisfying boxing experience. Either way, the Move reacts responsively to jabbing and blocking movements, making it a thoroughly fun game, worthy of buying on its own merits. And if you do it for more than five minutes, you even get a free cardio work out thrown in for free.

Archery had the risk of being one of the least entertaining activities on the disc (after bowling, clearly), but the addition of shooting other objects (such as balloons, a variety of fruit etc) instead of the usual targets, as well as the ability to zoom in, made it far more enjoyable than expected.

If you had to guess what sports would feature in the game, skiing is unlikely to feature much. And yet the Move proves its versatility in providing reliable control of your skier, as you race down a mountain to the finishing line. Instead of just steering left and right, the Move also manages speed boosts, crouching and jumps.

The only problem for the golf section is that you can't play 18 holes in several courses around the world. It's a shame you can't because the Move is perfect for getting into the swing of things. Although other bone fide golfing games have been Move compatible, though don't really come near to the pick up and play ability the controller can clearly handle.

And finally there's tennis. Again, like the Wii Sports version, you don't have the ability to move your player around, as it's done automatically. It still manages to be a wholly satisfying tennis experience nonetheless. You also get a real sense of being in control of slicing and spinning the ball like never before.

Much like its predecessor, Sports Champion 2 showcases what the Move controller is effortlessly capable of. It's a highly responsive device that really does add a new and entertaining way of controlling to gaming. It may not ever be accepted by the mainstreamers, but it's bound to put a smile on the faces that choose to wave them around.

What makes it an even more attractive proposition is that it can be had for far less than half the price of a full priced title. Champion indeed.