If you asked anyone from this generation who the best comedy double act was, you’d probably be greeted by the names Ant and Dec.

For those of an older disposition however, whose summers as youths were littered with classic black and white slapstick films on TV, there could be but one reply – Laurel and Hardy.

The pair, who were teamed up by producer/director Hal Roach during the silent era towards the end of the twenties, went on to appear in over a hundred films together, including 23 full-length features, becoming the most popular and recognisable comedy double act around the world, of all time.

This film, starring Steve Coogan and John C. Reilly as the titular duo, focuses on the latter part of their career, which found them performing in post-war Britain. 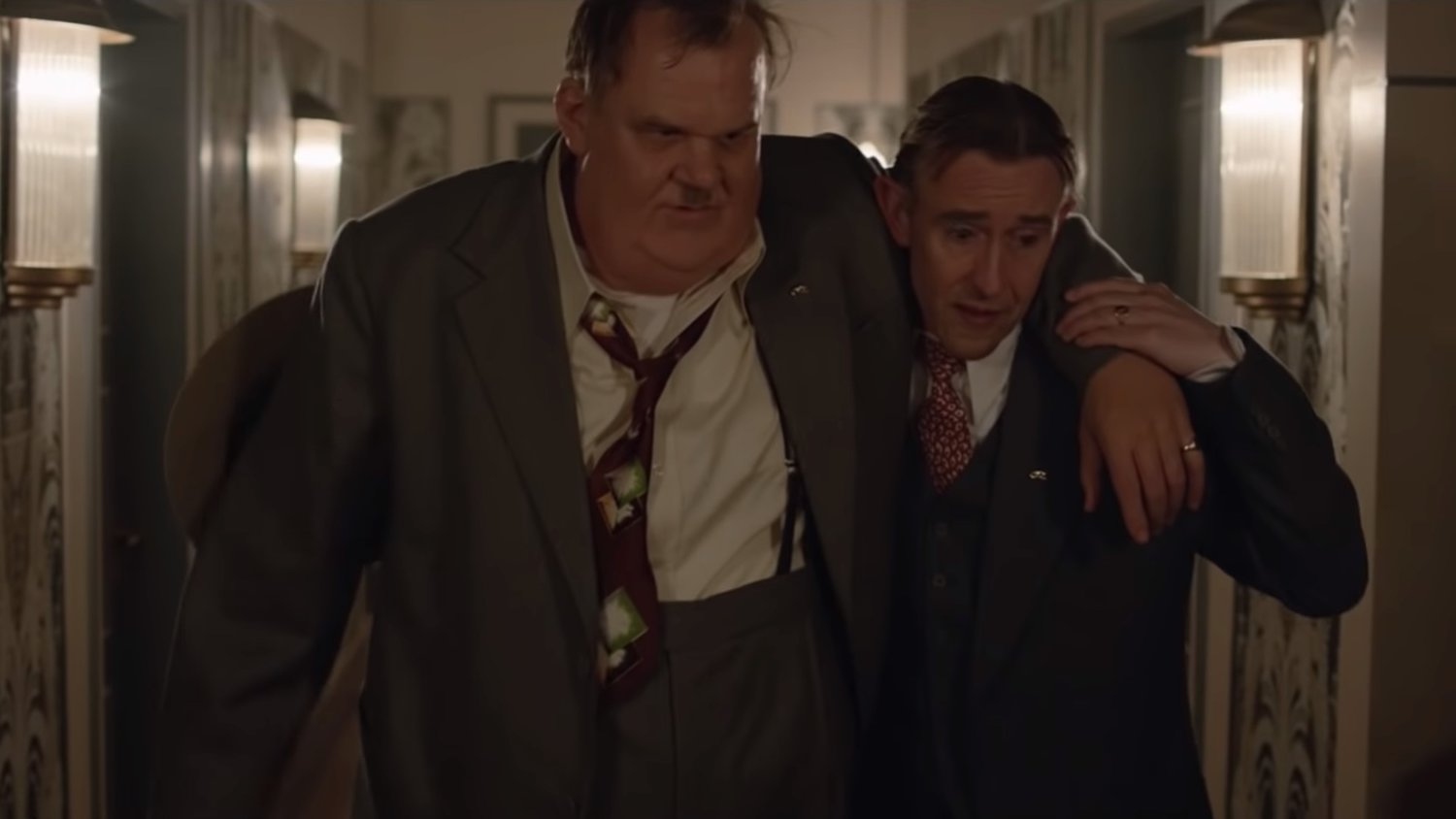 1937, and Stan Laurel (Coogan) and Oliver Hardy (John C. Reilly) have the world at their feet. Despite their success however, Stan feels that the studios are taking advantage of them financially. With his contract about to expire, he decides to play hard ball, but due to events around him, effectively loses.

16-years-later, with their best, and most profitable years behind them, the world’s greatest double act reunites for a theatrical tour of Britain, with the hopes of bigger things – a Robin Hood film for one – on the horizon.

But the events of 16 years previous still hang heavy with resentment, and only add to the existing pressures of this strenuous comeback tour. 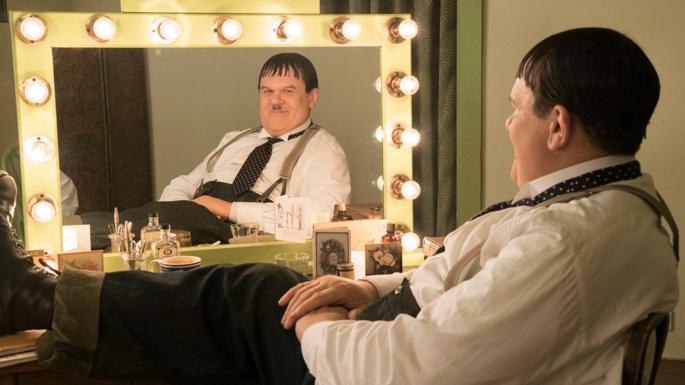 The more I think of it, the more Ollie and Ollie has a certain ring to it.

With the glittering career that Laurel and Hardy had, this period of their history together makes for a fascinating watch. It’s remarkable to think that despite their previous success, they had to resort to playing to empty rooms on the British comedy circuit. It would be like Take That – with Robbie back in the line-up – playing to a tipsy gran and her pooch in the back room of your local. Actually, that could possibly happen, so scratch that.

At the heart of this film is a relationship about love and friendship. Their career was so symbiotic, that it would almost be inconceivable to ever see their names separated from one another. Coogan and Reilly portray this synonymous relationship beautifully; not only are their physical appearances spookily similar, you can imagine Stan and Ollie behaving with exactly the same mannerisms.

Despite these two exceptional performances, the pair are almost upstaged by another double act, that of Shirley Henderson and Nina Arianda, who shine brightly playing their respective other halves, Lucille and Ida. They are roles that could have easily been sidelined to stereotypical wife parts, but director Jon S. Baird allows them to be far more flamboyant, and the film benefits greatly because of it.

Baird also allows some classic comic interplay between its stars, to take place off of the stage, which only adds to its charm.

It may seem a little odd to see two of Hollywood’s greatest comedic exports schlepping on the British comedy circuit, but Baird makes it feel like an extension of the pair’s on stage routine.

For those who warmly recollect staying in during the holidays and being entertained by their slapstick antics, this is a sweet and tender stroll down memory lane, with iconic Derby hats on heads.