Sometimes its all too easy to forget how good a band is. Even more true is that its just as easy to forget the band altogether. Starsailor probably slip in somewhere between the two. 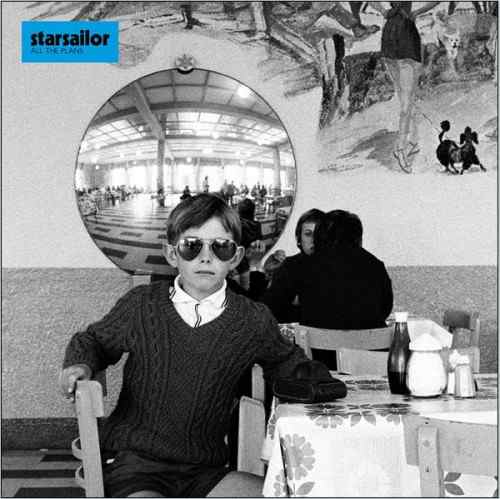 The last album from this Wigan combo was 2005s On The Outside. It set neither the world nor, more importantly in this day and age, the charts on fire.

This then, is their fourth long player. Its released on another label (Virgin) and may well be their last stab at reminding the world what a talent they are. And its quite the reminder.

It could be said that singer James Walsh has a Marmite voice  you either love it or loathe it. From here though, its his unique warble that puts the Star into the bands name. It instantly whips up a heightened sense of emotion that other singers would give their gold back teeth for.

You couldnt ask for a better album opener. Tell Me Its Not Over sets out the Starsailor stool, and what this LP offers, very nicely indeed. It has guitar riffs, drumbeats and vocals all in the right places, underlined by an edgy sense of urgency.

Boy In Waiting dispenses with that immediately, as it adopts a Country vibe. And it doesnt make you feel like bringing up your breakfast, which is a pleasant surprise.

And so the good times continue to roll, rather effortlessly too. OK, the intro to All The Plans does sound disturbingly like an Oasis song (you know, any one of their songs, as they all pretty much sound the same anyway), but then Walshs vocals kick in and you can breathe a sigh of relief.

Lets just hope that theres not a foreboding sense of irony with the track You Never Get What You Deserve, because Starsailor deserve more success than they currently receive. Theyve proven here that theyre far from down and out, and that click wheels (or touch screens if youre that way inclined) around the world should head over to the S section, scroll down and give Starsailor another go. You wont regret it.