In 1969, the final season of Star Trek aired in the US. Gene Roddenberry’s sci-fi show based around the exploration of the universe, surprisingly only lasted three seasons. And that should have been it, if it wasn’t for it being picked up for syndication, whereby local TV affiliates buy the episodes to air whenever they want in their local area. It’s a lucrative process, that can be hugely rewarding even to this day, as the cast of Friends, who no longer have to work a day in their lives because of it, can tell you.

It was here that the popularity for the show grew far bigger than it did during its initial broadcast on NBC, with an audience who were keen to boldly go further, which they could do in 1979, when the OG cast once again set foot on board the U.S.S Enterprise for Star Trek: The Motion Picture. 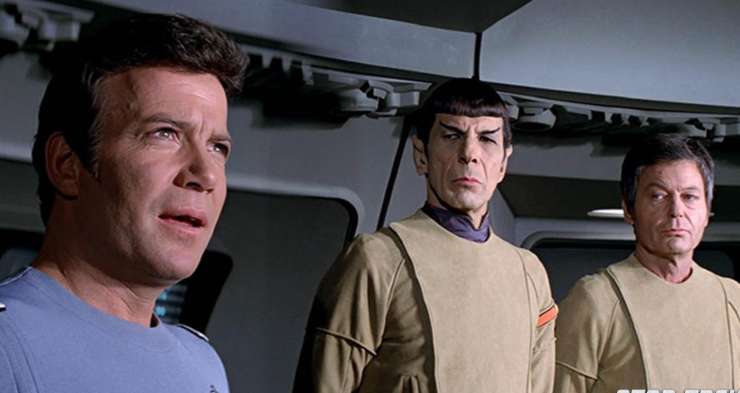 Captain's log, erm, really quite big and refused to be flushed.

All is well on planet Earth until Starfleet gets reports of a mysterious cloud in space, which has the power to destroy everything in its path. Not great news then, but it gets worse when they add that it’s actually on its way to our planet, and will be here in a matter of days.

With all craft out on patrol, there’s only one available, currently docked in Earth’s orbit, the U.S.S Enterprise. Despite it having a complete overhaul and refit, there’s only one man they can trust with such a mission, even though he hasn’t been in space for years, and that’s Admiral James T. Kirk (William Shatner).

With a mix of old and new crew, Kirk sets off to investigate this alien entity, with the keen hope of saving mankind in the process. 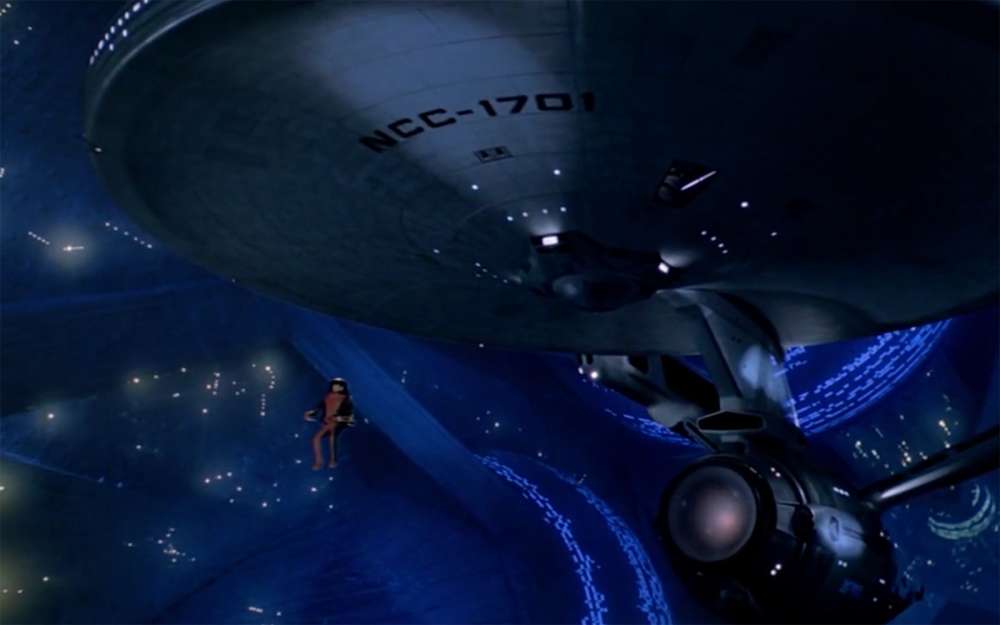 Although the film’s initial release wasn’t a huge box office success, criticised for its slow pace and lack of action scenes, the studio thought it did well enough to warrant a sequel, albeit one with a reduced budget. And so the Star Trek film franchise was born.

This Director’s Edition has been given the 4K restoration treatment that will improve its overall visual quality on both the big and small screen. Which is just as well as it only had an extra four minutes of footage added to it.

And for the most part, it looks impressive, and certainly doesn’t show its age that much, considering its over 40 years old. Both the special effects and sound have been given a make-over, making some of the scenes, especially the exterior space shots, feel almost contemporary, looking quite spectacular on the big screen.

It should also be said that the ship itself looks magnificent throughout, no longer merely a cheap prop to excite TV audiences, but a faithful re-imagining that only reinforces it as one of the most classic and much-loved spaceships of all time.

Director Robert Wise, who died in 2005, had an illustrious career before helming this feature, as he not only edited the classic Orson Welles film Citizen Kane in 1941, but also directed both West Side Story and The Sound of Music.

Although a commercial property, featuring much loved characters from TV, you can tell Wise saw a bigger, deeper picture for the film; it’s true that there’s not much in the way of action, instead he chooses a more contemplative route, in a similar vein to 1968’s 2001: A Space Odyssey. In fact it’s fair to say that the alien entity in this film draws strong comparisons with HAL, with its need to learn more about life in the universe.

It takes a while getting to that point however, as the Enterprise doesn’t start its engines until nearly 40 minutes in. Wise spends a lot of time reacquainting Kirk and his ship, with what can only be described as the re-lighting of their romance, as he fondly glimpses at the ship for some time from the transport pod taking him there. The scene even climaxes when the pod finally inserts itself into the Enterprise, after what must be considered an exceptional amount of visual foreplay. It could be said that that’s about as exciting as the film gets.

The rest is a reunion of the iconic cast, as they finally take their places on the legendary bridge.

The final third however, is surprisingly esoteric, with themes about life and what it means to learn, and to be human. Not the kind of thing you’d expect from a film originally released in 1979 based on a cheesy TV show. And who would have thought then, that Captain Kirk would one day actually go into space.

With many of the original cast now boldly going on to their next big adventure, it feels an appropriate time to re-visit them all, in all their fine Starfleet glory, on their first big screen adventure. An adventure that has spawned more reboots and TV shows than any other franchise in the galaxy.

Considering its age, it’s a real treat to get the opportunity to see the original Enterprise glide across our screens, both big and small in this perfectly formed 4K restoration, which has clearly been done with much love, one more time.