There are certain actors who you would probably think twice about approaching, which would include your Nic Cage’s, Sean Penn’s, Jared Leto’s and the like. Not that they would necessarily give you a hard time, but they have personas that might not make them that approachable.

Not like Matt Damon, who you couldn’t help but invite for a drink, knowing that he’d be more than happy to sit down with you and chew the fat for hours. Of course the chances are he wouldn’t, be you know damn well he’d be so polite in turning you down.

It’s just a part of the everyman charm that has made Damon a star, and it seems to be working out for him; he’s ranked by Forbes’ as being one of the world’s most bankable stars, with the films he’s appeared in collectively earning nearly $4 billion at the US box office. No wonder he comes across as so amiable.

Here he stars in this drama as a father who does what he can to help his jailed daughter. 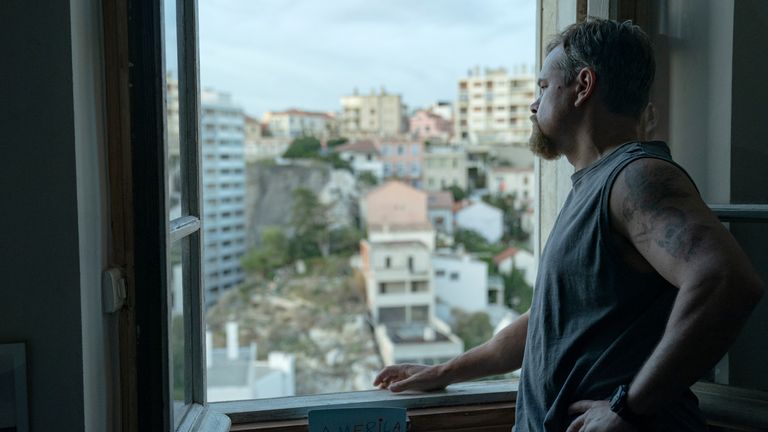 The latest Covid precautions meant that Matt Damon could only work through an open window from now on.

You would hardly consider Bill Baker (Damon) a frequent flyer, but here he is, making an International flight no less, from his home in Stillwater, Oklahoma, to the south coast of France. The reason for this journey is to see his daughter Allison (Abigail Breslin), who is in the fifth year of a nine year sentence in a Marseille prison, for allegedly murdering her roommate and lover.

During the visit, Allison hands her father a letter to give to her lawyer, which she hopes will help her cause. The letter offers some new light on the case, and Allison hopes there’s enough evidence to reopen it and hopefully get her out of prison.

It doesn’t quite go to plan, but it doesn’t stop Bill from getting involved. He decides to stay in Marseille longer, to see if he can find the vital evidence he needs to get his daughter out, even renting a room with single mother Virginie (Camille Cotton) and her daughter Maya (Lilou Siauvaud), as well as getting work in construction. But with him not knowing the language, or anything of French culture, Bill’s attempt to help his daughter out gets him into some fairly precarious situations with the locals. 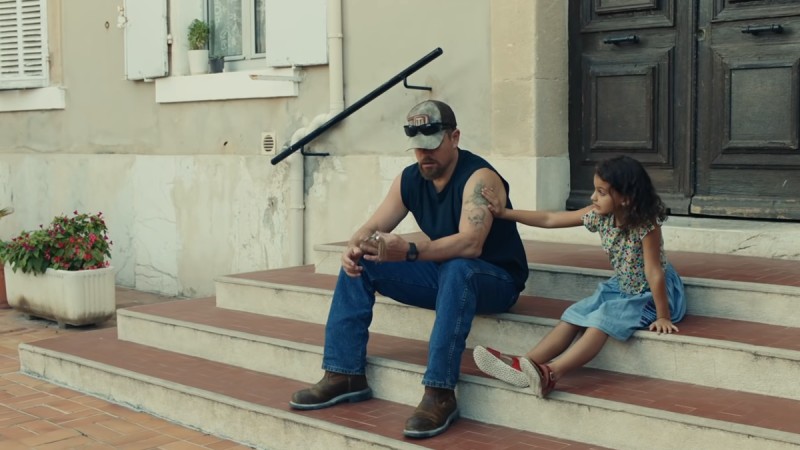 No-one's saying you wouldn't have been a better Batman, but Affleck got the gig, so let it go!

In a sense, playing Bill Baker is the perfect role for Damon; what could be better than an everyman actor playing an everyman role? That shouldn’t come across as a slight on Damon’s abilities, if anything, he is often underrated as an actor. Here though, Damon dials in perfectly into the working class mentality of Baker, as well as the poisson out of l’eau scenario.

It could so easily have gone the Taken route, with Baker going all guns blazing in an attempt to get the justice his daughter deserves, but thankfully Tom McCarthy’s film is far more subtle than that, more European even.

Although the key to Baker being in France is his daughter, he develops a meaningful relationship with Virginie and her daughter Maya. It’s this new family dynamic that is at the heart of the film, as Baker begins to assimilate into a new way of life, one that appears to make him far more content than he has been back in Stillwater.

Damon gives a well balanced and appealing account of himself player Baker, who may well be a man of fewer words, even fewer in French, but you know he wears his heart on his sleeve. The fact that you have this character who is very much the all American, even admitting to owning two guns, and seeing how he adapts to completely foreign soil, makes for an intriguing premise that works really well.

McCarthy not only gets the most out of Damon, but out of his international cast, who help make this journey to the south of France a fascinating one, with a pleasing European pace about it.

It’s yet another example of the supreme talent of Damon, who has the canny ability to make this whole acting lark look effortless.