We’ve reached that point in history where it may actually be necessary to describe to a generation what videotapes were. For those at the time, it was an almost magical technology, which allowed you to record shows from your TV on a machine, to watch again later. Mind. Blowing.

It’s a recording medium that features heavily in this indie feature, where tapes are used to record more than shows. 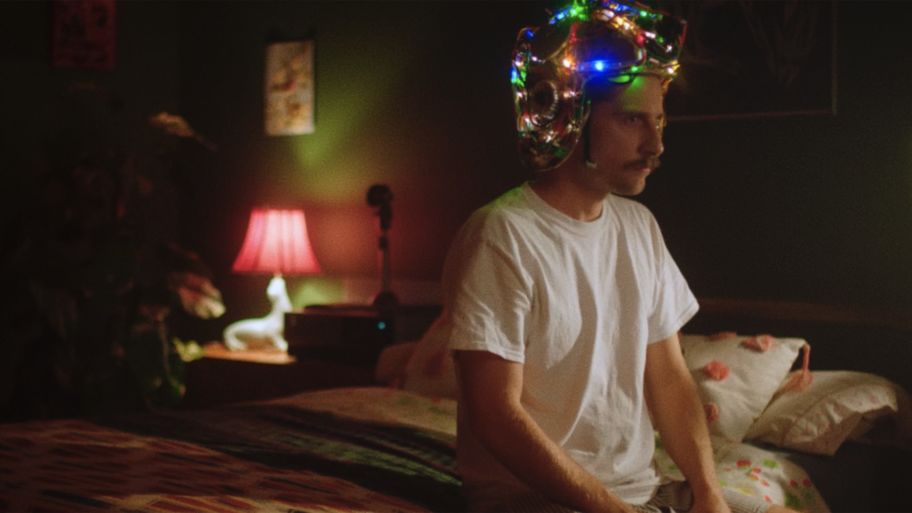 The new PlayStation VR had a lot to live up to.

It is the year 2035 and the government has found yet another cunning way of getting money from its citizens, by taxing their dreams.

Government agent James Preble (Kentucker Audley) is about to visit the owner of Strawberry mansion, the elderly Bella (Penny Fuller). Apparently his office have no records of her ever paying taxes, so he has been sent to do a full audit on her dreams, that have been recorded on videotape.

She not only agrees, but welcomes him in, feeding him and allowing him to stay in her guest room, which he finally agrees to.

And then to work, playing back Bella’s memories going back to when she was a young woman. Only placing himself in her dreams leads him on an unexpected journey of his own. 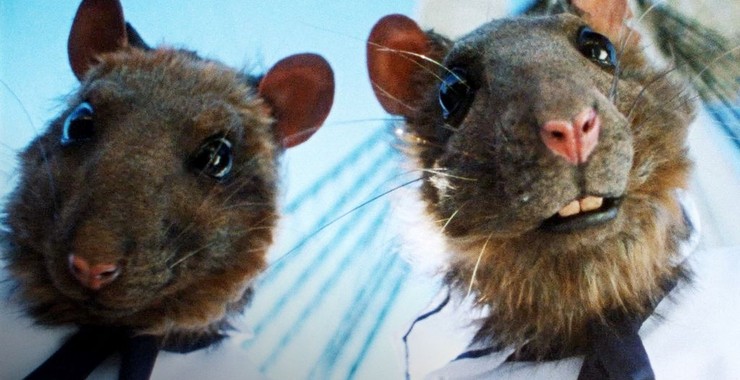 You say you were attacked by two rodent types?

The best way to describe this feature is as being a lo-fi fantasy; it’s a film that not only clearly didn’t have that big a budget, but leans into that fact in its story telling. Visually it takes on the appearance of looking as if it was shot on videotape, and for those who may not know what that looks like, it’s kind of grainy in the most standard definition of ways.

It’s this less than premium look that also goes across the board in terms of costumes, set decoration and acting too, which only adds to its retro charm. All in all the overall result amounts to something akin to an ambitious student art film. The effects are far from special, borrowing that homemade look that features in The Mighty Boosh for instance.

And as utterly charming as many of these elements in isolation are, combined they add up to a fairly flat experience. The missing element perhaps is a solid script, one that does the rest of the film justice. And even though the acting is on par with those seen in amateur dramatics, it’s still quite endearing. It’s just the dialogue is not, coming across as disappointingly flat and dreary.

It’s the kind of effort that if produced by a member of your family you would feign a sense of pride over, but as a cinematic release, albeit an independent one, it could have done with some more professional polishing.

A pleasing creative effort then, but one you wouldn’t lose any sleep over if it was mistakenly recorded over.