Not only does the advent of technology allow for the possibility of making our lives easier, they can help tell a story in a different way, as You’ve Got Mail did in 1998. Of course, they can also provide false hope too, as the floating skateboard did in Back to the Future.

It was only a matter of time then (ten years, as it happens, since it was founded) that a film would arrive featuring the hail-a-cab service app known as Uber, with a buddy cop story as a passenger. 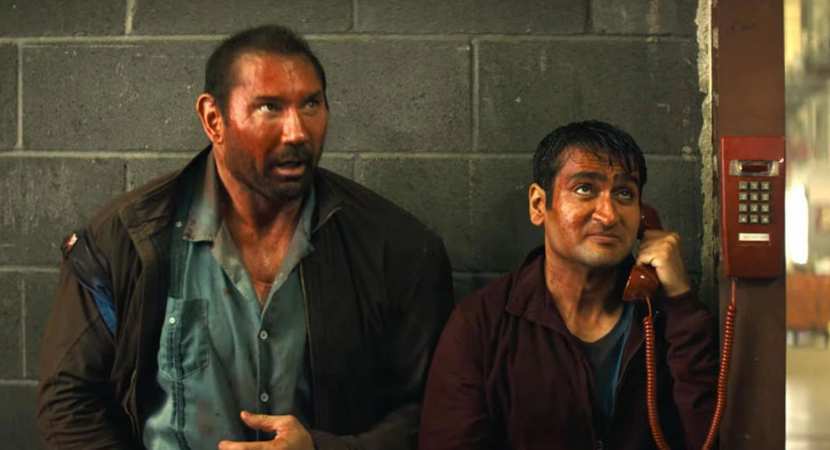 Yes mom, working in Hollywood is everything I imagined and so much more!

When a case he’s involved him goes badly wrong, LA detective Vic Manning (Dave Bautista) believes it’s finally time to address his bad eye sight. He eventually finds himself in a laser eye surgery clinic, getting treatment. Post surgery he’s told that it could take a while for his eyes to adjust to the procedure and his sight fully restored, so his vision could still remain blurry for a while.

It’s only when he gets intel from a snitch of his, that a criminal he’s desperate to apprehend is in town, that he realises that his sight would have been pretty useful right about now.

Undeterred he uses the app his daughter Nicole (Natalie Morales) put on his phone, to get a ride. A few minutes later and hard working Stu (Kumail Nanjiani) pulls up at his door, as his Uber driver.

Concerned over getting a five star rating, Stu goes with the all-too-weird flow of things, but soon finds him going far above and beyond the call of an Uber driver. 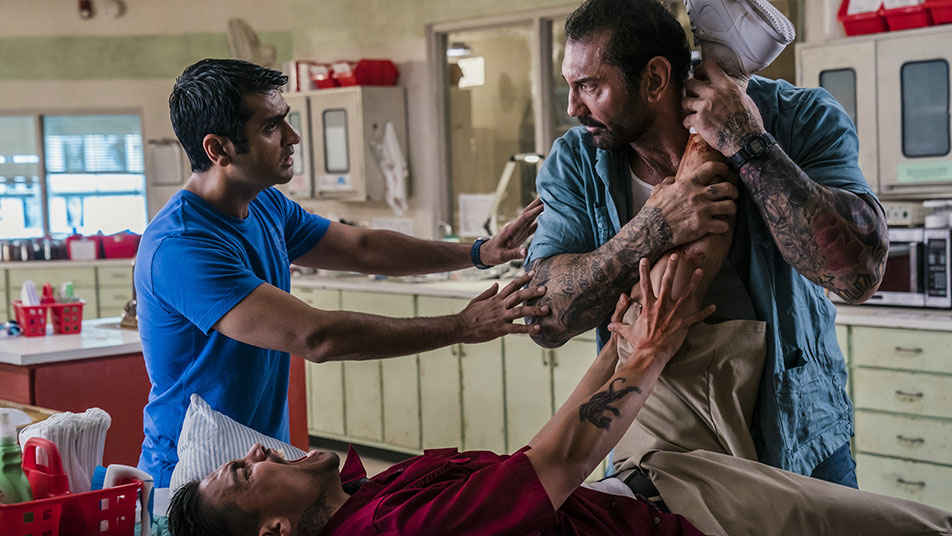 He didn't say he hated Guardians of the Galaxy, just that he didn't warm to it!

What we have here is your classic buddy cop flick, with one or two twists. The first is that of course, it teams up two very different characters and forces them to work together. Nothing that unusual there.

The second twist is borderline farce – or it at least it could have been. There’s a great opportunity missed with Bautista hamming it up in Mr Magoo mode. Sure he doesn’t have to drive as badly as the iconic cartoon character used to do, but not enough is made of the fact that you have a cop fighting and shooting a gun who can’t see what he’s doing. Yes it’s a ludicrous plot device, but they already committed to it, so should have pushed it harder for comic effect.

What’s left is a fairly predictable, clumsy comedy, that despite the occasional humorous hits, is outweighed by a far greater number of misses.

What holds it together – just – is the entertaining interplay of its two central characters; the oddball pairing of Bautista and Nanjiani works like a dream, and director Michael Dowse should have made so much more of it.

No doubt Uber will be chuffed to bits with it, as (service) product placement doesn’t get much better than this, so certain members of the crew will no doubt be getting free rides for life.

Here’s what would be left as a review on Uber: quite a fun trip, but got lost once or twice along the way, by taking some short cuts that just didn’t work out.