There’s no doubt that winning an Oscar can open doors for a performer. Since picking up her statuette for Best Actress in a Supporting Role in 2015’s The Danish Girl, Alicia Vikander has starred opposite Matt Damon in Jason Bourne, kicked ass as the new Lara Croft, as well as married her The Light Between Oceans co-star, Michael Fassbender.

But these opportunities don’t always go as planned; a case in point being the disappointing Tomb Raider flick. But if you get the chance to work with the influential director Wim Wenders, it’s not one you’re likely to turn down, as she stars, opposite James McAvoy, in his latest effort. 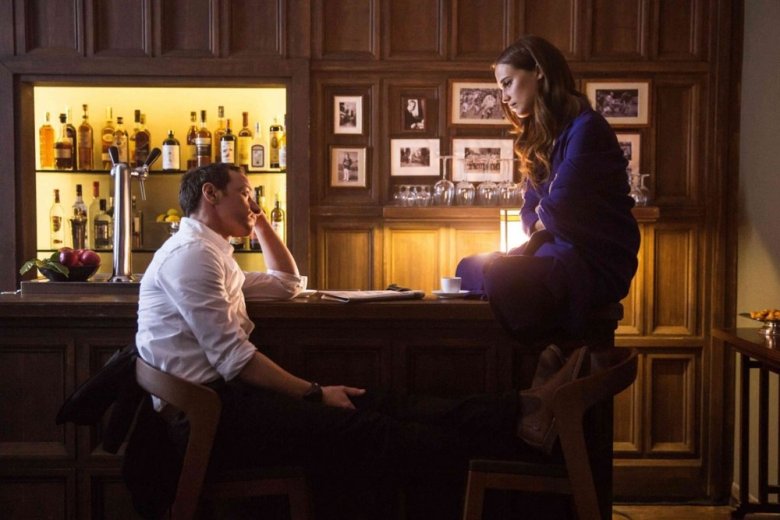 What should we drink to? Mistakes. Definitely mistakes.

In a picturesque setting in France, Danielle Flinders (Vikander), a bio mathematician, meets Scottish Water Engineer James More (McAvoy). In such romantic surroundings, it’s no wonder that they end up falling in love.

Real life has a way of interrupting however, and James soon has to leave because of his work in Africa. Danielle has to leave too, venturing to the bottom of the ocean in a submarine for her research. As you would expect, the phone signal can be patchy at best in the middle of nowhere, and she soon finds herself unwinding emotionally with the lack of contact.

Meanwhile, James has been captured by jihadist fighters, hence the lack of texts and calls, as he tries his best to stay alive in very difficult circumstances. As if long distance relationships weren’t difficult enough as it is.

I'm starting to think that being glued to this thing isn't that funny afterall.

Wim Wenders has been directing since the early seventies, and his work (including Paris, Texas, Wings of Desire and Buena Vista Social Club) has made him one of the best known European directors. Now in his early seventies, it’s fair to say that his best work is behind him, as far as commercial cinematic releases are concerned. It’s only checking through IMDB that you realise that he has made a number of films in the last decade, that have passed most film goers by. If they are of a similar quality to this, it’s not that much of a surprise.

Submergence is a fragmented mess, clinging on to the concept of a recent couple, thinly connected by water as a theme, being completely out of their depth.

Their romance, told in flashback, is completely devoid of passion. Most of this is down to a surprisingly wooden performance by Vikander, who must have met some very dull bio mathematicians in researching her role. Is there any other kind, you may ask? True, and yet it’s difficult to convey love when your character has had a complete personality lobotomy. Maybe the fact that her hubby and co-star are old mates (having starred together in a few X-Men flicks) made things awks, but you should still be able to, you know, pretend.

McAvoy’s story is far more interesting, and really should have been the main focus of the film throughout. It’s difficult to see how much either of these two actors got out of working with Wenders, but at least they can tick it off their bucket lists.

Audiences however, may well feel left out in the cold after this damp and tepid affair.

Opportunities missed all round by all concerned then.