The human brain: the most remarkable organ capable of processing powerful and complicated calculations. And to think, we only use 10% of its capacity.

Actually, if you think that, you’ve succumbed to a popular myth that is simply untrue, with it being scientifically proven that up to 90% of the human brain is hard at work on a regular basis. There appears to be one caveat however, as the writer of the latest Melissa McCarthy vehicle clearly only had access to 10%, and on the evidence presented, not even that much. 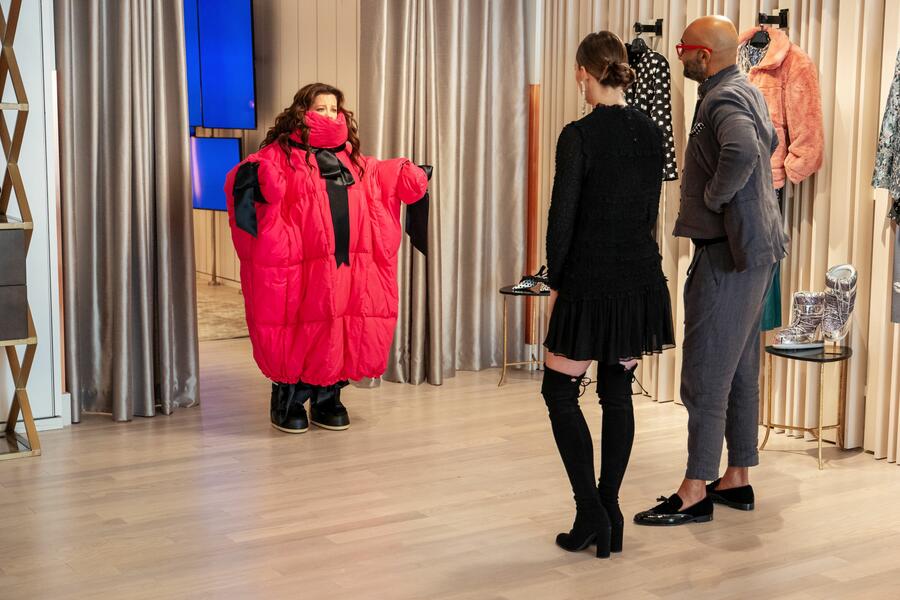 So I reckon I'm fully prepared for whatever they throw at me after the premiere for this flick.

Despite enjoying a simpler life, which involves dog sitting, Carol (Melissa McCarthy) is encouraged by a friend to get back into the corporate world, and apply for a job as a digital strategist. Although the interview doesn’t quite go to plan, Carol pops up on the radar of a super intelligent entity.

It approaches her, using the voice of chat show host James Corden (Corden), and informs her that it has selected her for being the most average of average humans. It wants to monitor her for the next few days, so that it can develop a better understanding of humanity.

That’s all well and good until it adds that it could destroy humanity pending her actions, so no pressure. It encourages her to get in touch with ex George (Bobby Cannavale), who she still has feelings for, to see how they interact. So Carol soon finds herself confronted with her old flame, with the outcome possibly resulting in the end of the world.

Sometimes I wish we still had clocks with hands.

Superintelligence is a film that possibly started life as a project with nothing other than good intentions. But it must have somehow become a Frankenstein of a flick along the way, with its painful shoehorning of a premise about artificial intelligence into a rom-com. The result is a jarring experience that is difficult to process.

It’s a high concept film that wants to pay homage to classics like Big, where audiences appreciate that the plot of body swapping is a silly one but are prepared to accept it due to the warmth and charm of the execution that carries the story along. But unfortunately for this film, the sutures just aren’t strong enough to hold the disparate story elements together in anything remotely resembling cohesion, making it a truly ugly creation.

There are some amusing moments to be had, although few and far between, but the real shame is the highly watchable McCarthy, who even in a really bad film, manages to shine. Certainly her on-screen relationship with the charming Cannavale is a relationship that could have easily worked in a standard rom-com environment, but it loses its charm the longer both the film, and the nonsense with the AI, goes on.

The biggest surprise regarding the film is that writer Steve Mallory, who co-wrote one of the other awful Melissa McCartney projects The Boss from 2016, was given a second shot with this tripe. He clearly has something on McCarthy and her partner Ben Falcone, who directed this poor effort; let’s just hope that this covers that underhand debt owed.

With the likes of Alexa and Siri so close to taking over the mankind, the world of artificial intelligence is rich for storytelling. Just not like this.

In future, it would be more pertinent if McCarthy concentrated on being less socially aware and topical, and more on just being funny, that’s where the smart money is.