If you’re expecting the latest sci-fi epic from this title, prepared to be disappointed. Although it does have stars, in the form of Colin Firth and Stanley Tucci, its story is of a couple taking a trip in a campervan in the UK, and not in a galaxy far, far away. 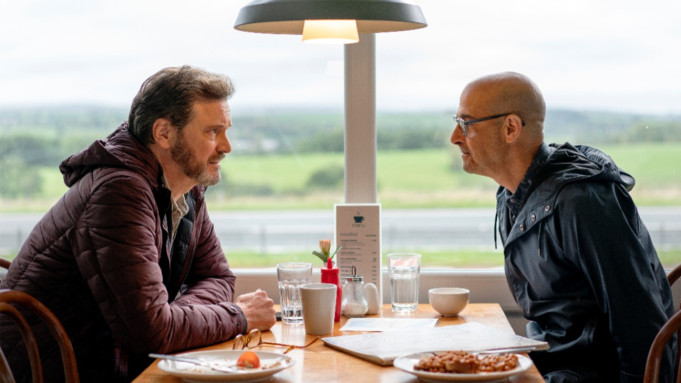 So you're saying you would pour syrup on the sausages?!

Driving through the picturesque English countryside are couple Sam (Firth) and Tusker (Tucci) in their cosy campervan, accompanied by their dog Ruby.

It's a trip down memory lane for them both, visiting some of their favourite places, as well as stopping off at the home of Lilly (Pippa Haywood), Sam’s Sister, and her family.

In a sense it’s a farewell tour off sorts, as Tusker is suffering from dementia, with its symptoms starting to take a hold of him.

Sam is starting to get questions from family and friends regarding preparing for the next stage of the disease, with the possibility of getting in help to ease the pressure off of his shoulders, but he’s adamant he wants to take care of Tusker alone. He’s not aware however, that Tusker has plans of his own. 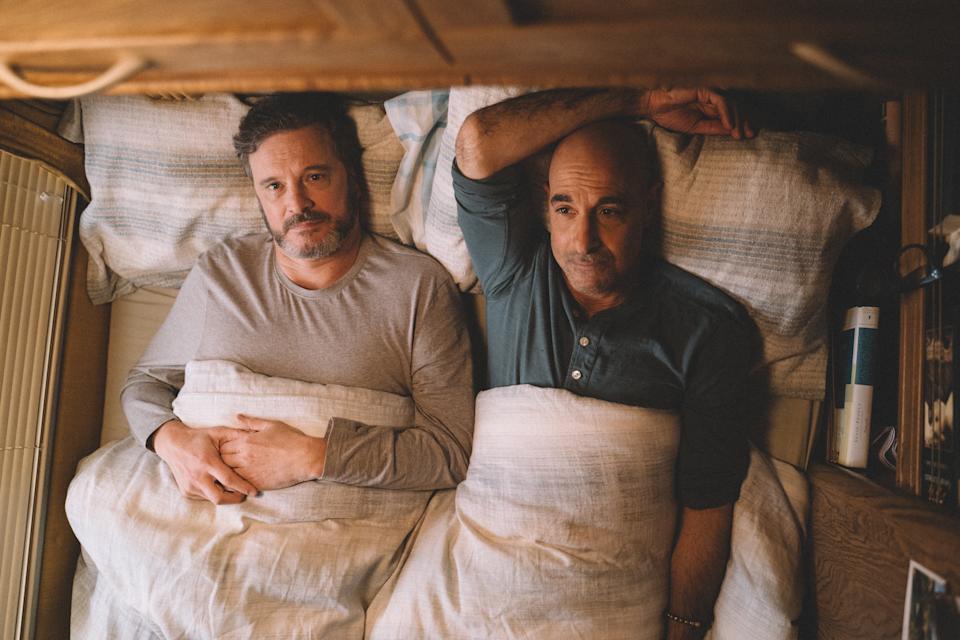 Bert and Ernie made this look more fun than it is.

Harry Macqueen’s follow-up to his 2014 debut Hinterland, which he’s also written, is a quiet and moving tale of a couple saying goodbye. What it also does is reveal that if one member of a couple suffers from a disease, it affects both equally. Firth does well in expressing this, albeit in quite a stiff upper lip fashion, that a disease more often than not can take hold of more than just the patient; it has ramifications for all those within close proximity, who also have to deal with the emotional jolts that come with watching someone they love suffer, and not being able to do anything about it.

But although the film has its tender moments, it is all sadly one note. Both Firth and Tucci are relatively level headed throughout, with perhaps the only time Firth allowing his emotions to get to his character was dealt with by stepping outside for some fresh air.

In that sense the film could have benefitted from a range of emotions, which surely come from anyone suffering from any kind of major illness goes through, as well their nearest and dearest. Instead it delivers an unbearably even keel on the emotions front throughout.

There’s no doubting the warmth between the two leads, with the occasional touching, tender scene, but it’s all a tad dry and lacks the emotional peaks needed to really make an impact on audiences. Its stars certainly shine bright, but it certainly could have done with more signs of life.