The doppelgänger flick. It is a genre that has many an actor chomping at the bit to do; it’s that rare opportunity to play multiple roles, allowing for exploration into a number of characters in the same film.

Of course ego has to come into it. What actor wouldn’t want to see more of themselves on screen and have scenes where the only other actor they have to share with are themselves?

As actors go, it’s somewhat surprising to see one of Mahershala Ali’s calibre be seduced by the concept, but to his credit, it’s done with utmost class.

I can't beleive you chose the white version. I know what you're like when you eat, you'll get it all over you.

Coming to terms with his own mortality is Cameron (Ali); he’s been aware that he has a terminal illness, and that there’s no escaping the fact that he’s going to die soon. As a married man, with a young son, and another child on the way, this is a heavy burden to carry.

There is a solution, of sorts, open to him however. There is a clinic that has the cutting edge technology that allows them to clone human beings. Not only that, but the clones inherit all of your memories up until that very second, so, to all intent and purposes, they are a replica version of you, down to the smallest of details.

The service Dr Scott (Glenn Close) offers is one where there is a seamless transition from the dying version of you, with the completely healthy one, so much so that the family are completely unaware of any change. 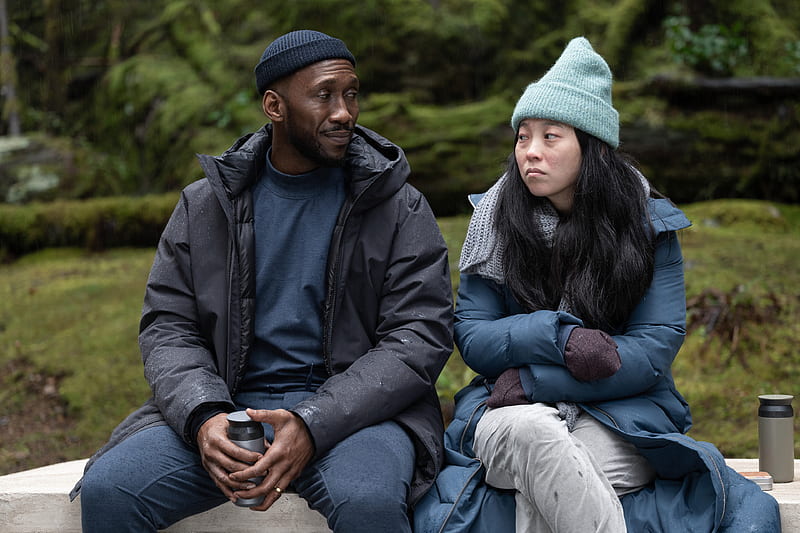 Honestly, I had those cookoes you really like in my hand before I left. I don't know what happened.

As you can probably tell, this isn’t your usual comedy body double where hilarity ensues throughout. This is a more contemplative effort, that although focuses on technology that allows those suffering from illness to continue living in a fashion, its wider implications are that of immortality.

Although Irish director Benjamin Cleary, who also wrote the script, is making his full feature debut here, he’s already won an Oscar for his live action short Stutterer. He certainly shows a lot of confidence here, with a striking vision of the future, offering some impressive cinematography and set design.

And then there’s Mahershala Ali. It has to be said that any film that can include Ali in its credits is lucky to have him, so to have two Ali’s is just greedy. As you would expect, Ali brings his A game as far as his emotive range is concerned, making him one of the most watchable actors of his generation.

The key word to both his performances here are subtlety, as he wrestles with not only the moral ambiguity of the process, but the emotional impact it has on both characters. He gives very little away, but when he does, it’s all the more powerful.

Perhaps overall more could have been made of the technology and the kind of impact it could have on society, as it feels a little too insular here, but if it’s at the expense of more Ali, then so be it.

It’s certainly an impressive debut, and makes Cleary definitely one to watch in the future, whichever version there is of him that is available then, that is.