A sled, a police box, a phone booth, a hot tub, and of course a customised DeLorean DMC-12, may well sound like the rider for a Kanye West gig, but they also happen to be iconic, on screen time machines.

Although all aesthetically different, their purpose was exactly the same, to transport protagonists through the fabric of time itself.

For this latest film however, it forgoes a physical means of transport for something more digestible. 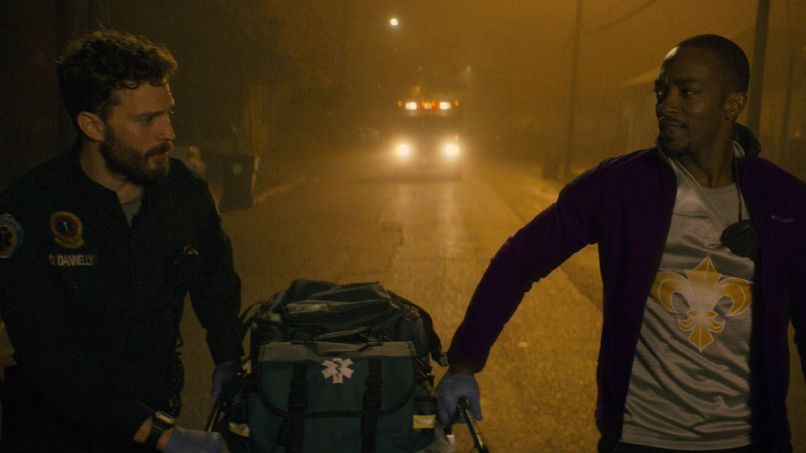 I'm glad we have the medikit at hand cox you're making my heart do star jumps.

Working in New Orleans as paramedics are Steve (Anthony Mackie) and Dennis (Jamie Dornan). Lately they’ve encountered a number of cases where young people have taken a designer drug known as Synchronic, which have led to a number of fatalities.

After receiving some bad news, Steve decides to buy up as much of the drug as possible, in an attempt to save some lives. He also decides to try it for himself, where he discovers it has a curious property, that of transporting him through time. And with the disappearance of someone close to him, this newfound ability may well prove useful. 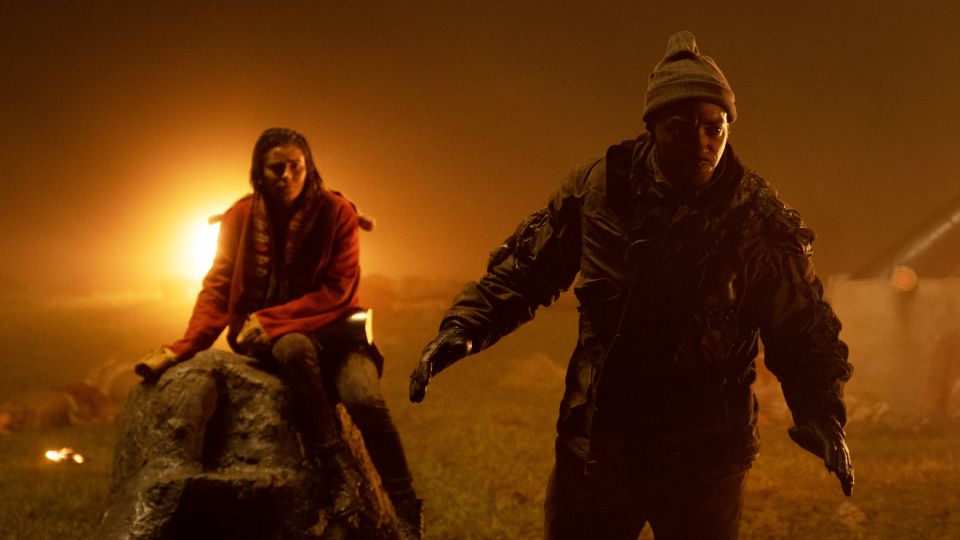 Now this is how to be a human statue. I can do this shit for hours.

With such a diverse range of objects that have been used as time machines over the years, it’s been proven that when it comes to time travel, anything is possible. Let’s face it, if a hot tub can be used, anything goes. Or so you would think. Directors Justin Benson and Aaron Moorhead have discovered otherwise.

Using a pill as a device to time travel just doesn’t work. It seems such an odd, arbitrary choice, which raises more questions than it answers. So you take this pill, and it works on specific brain types that when taken, will physically transport you through time. Really. No switches, levers, or knobs to control where and when to go back, but apparently digestive periods help with the general direction for going backwards.

The directors could have chosen anything, from a pack of chocolate hob nobs, to standing in the end of a rainbow, or using the word ‘preposterous’, all of which would have been just as valid, and equally absurd. It certainly wouldn’t come as a surprise if farting was on the shortlist, at least it would have been a humorous take on it.

That’s not to say the film is without humour, however unintentional it may be, with an ending that is borderline farcical, with what feels like a mix of Star Wars mythology with Ghost, with all that’s missing is the potter’s wheel for added sexual tension.

The only thing that works is Mackie as a leading man; he has the presence and the personality, but as starring vehicles go, this is akin to a second hand Fiat Panda, with underlying rust issues, which Mackie should have steered well clear of.

The film also attempts to associate itself with other time-travelling adventures, Back to the Future in particular, with not only the main protagonist referencing the film, but he also named his dog Hawking, which is an obvious nod to the time-travelling Einstein, as well as the genius scientist who often mulled over the scientific possibility of time travel. Presumably he never considered the use of a pill for it. But perhaps instead of being all meta, the directors should have concentrated on a concept that made some kind of sense.

Synchronic then is quite possibly the worst entry in the time-travelling genre, with its ridiculous pill-popping mechanic just too ridiculous to swallow.