If there’s anyone who could go back in time and do things differently in 2020, it’s probably Christopher Nolan. His film Tenet is one he’s been toying with for over twenty years, with the script alone taking him five years to write.

Like many of his features it’s a film that is best seen on a big screen, with all of it shot on film (which is quite the rarity these days), with footage specifically shot for towering IMAX screens for optimal impact.

And then the pandemic took hold around the globe, and although Tenet did make it onto screens, it’s clear that far less audiences saw it in a cinema than normally would.

Although its home entertainment release means that the action will now take place on smaller screens, it does mean that audience can finally dive into Nolan’s latest mind-bending adventure at home. 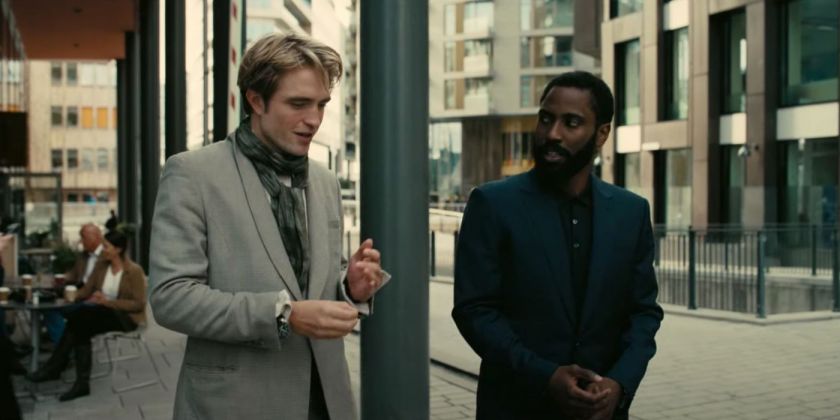 So I said that my Batman will have a caravan attachment to his Batmobile, to reflect the need to get away and de-stress from it all.

On a mission in a music venue in front of a packed audience, a CIA agent (John David Washington) quickly gets the impression that everything isn’t quite as it seems, or should be. When being debriefed he is informed that the word is perilously close to the start of World War III, with a Russian oligarch Andrei Sator (Kenneth Branagh) clearly hands on with some seriously dangerous technology that can manipulate time.

With some help from his handler Neil (Robert Pattinson), the agent attempts to get close to Sator, by getting close to his wife Kat (Elizabeth Debecki), in order to prevent catastrophe on a global scale. 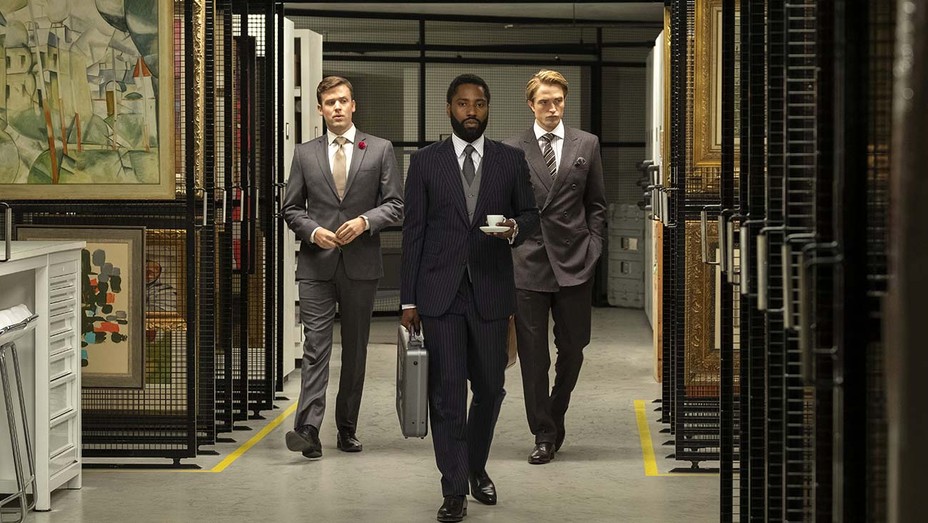 Black guy gets to look like the f***ing butler every time.

Nolan’s film is one of those experiences that are best enjoyed knowing as little as possible going into it. It will no doubt please fans of Nolan’s previous work, but for those unfamiliar with is back catalogue, which includes Memento, Inception, and the Dark Knight trilogy, it could prove a tad confusing.

But the best advice to adhere to is actually given by a character in the film itself fairly early on: “don’t try to understand it”.

Nolan’s film is all spectacle, for sure, but it’s also the cinematic equivalent of a Rubik’s Cube, encouraging audiences to play along as the story unfolds, mentally trying to put the pieces back into some coherent order. Most definitely play along, but also just allow the whole trippy experience to wash over you.

It’s the type of film that will be different things for different audiences. For example, to us, it was an inverted Bond, tip-toeing through a Fringe world (a J.J Abram’s TV show from 2008 that often dealt with alternative realities), with the momentum of a Mission: Impossible. But perhaps it's best to just accept it for what it is - whatever that may be.

Nolan certainly knows what he’s doing, and is fairly playful in executing it. Hitchcock spoke of the MacGuffin he would often incorporate into his films, an object, device, or event that would drive the narrative of the film, and yet was seldom seen. In this film, there are a number of MacGuffins, lined up one after the other like dominoes, that propel the story, as well as back, due to the nature of its plot.

It’s a film far from faultless, but you still have to commend its intentions on all fronts. Certainly there are solid performances from both Washington and Pattinson, but the dialogue could have been improved with a sprinkling of more humour, and the characters less cold and with more personality.

Also, Nolan gets a little occupied with some relationship issues, where the film gets bogged down by flimsy emotions where the main female character is more concerned about her own son than the welfare of the entire planet. In the bigger picture, and Nolan knows a thing or two about that, it comes across as being more selfish than maternal.

There’s also the casting of Branagh as the Bond-esque villain; there’s no doubting his accent, but perhaps someone with a bit more of a physical presence about them would have been more appropriate.

And then there’s the issue of the film presented in widescreen and then occasionally IMAX footage. Of course the IMAX scenes have a wow factor about them, but as soon as the screen orientation changes, it telegraphs the imminent arrival of actions sequences, which can disrupt the natural flow of the narrative.

Even the footage shot backwards to illustrate the reversal of time, although highly effective, does come across as a bit gimmicky.

The film will still impress at home, possibly ever-increasing with screen size and definition, and with a meaty surround sound system for the full bells and whistles experience.

It’s lucky that despite a running time of over two and a half hours, time flies by, ironically enough, with the film’s compelling narrative and visually impressive scale, making Tenet event cinema at its best.