There are certain actors who will always be synonymous with certain roles. Just ask Mark Hamill; he accepted his fate fairly early for forever being known as Luke Skywalker, regardless of the rest of the roles he did.

And although Arnold Schwarzenegger has had a career filled with successful and memorable roles, it was his part playing the eponymous anti-hero in James Cameron’s 1984 classic Terminator, than not only made him an international star, but a cinematic icon.

It’s only fair that he reprises his role for a fifth time, playing the infamous T-800, in this latest instalment of the on-going franchise. 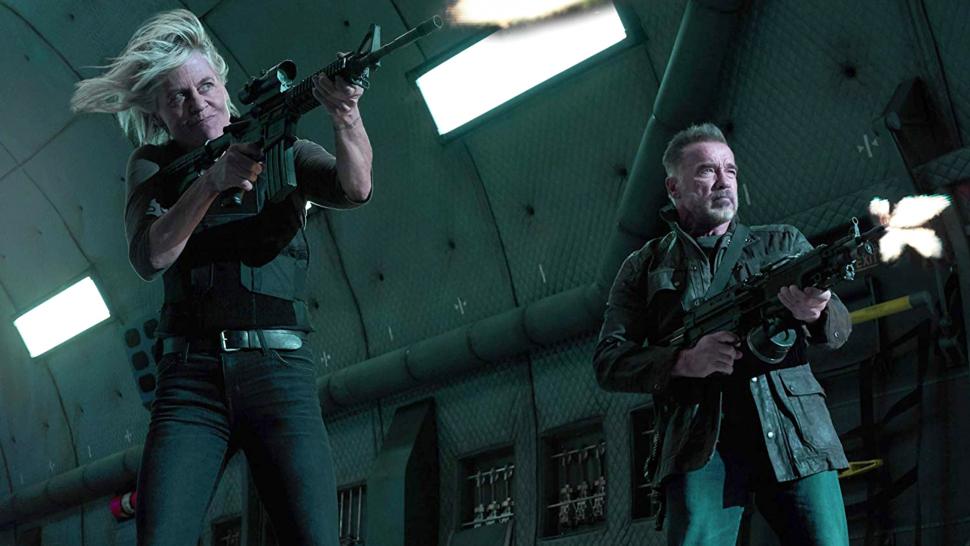 Some considered their response to online trolls as harsh, but fair.

Living in Mexico City with her family is Dani Ramos (Natalia Reyes). She works with her brother in a car factory, which is threatening further jobs in the plant by having more automation introduced. Robots eh? They’ll be the death of us.

One day her work is interrupted when a man, looking like her father, tries to kill her. Luckily for her, a young woman by the name of Grace (Mackenzie Davis) is on hand to save her – just, and they manage to escape.

Although Grace is in bad shape, she explains to Dani that she is from the future – as is the thing that just tried to kill her. It’s called a REV-9 (Gabriel Luna), and to all intents and purposes, is virtually indestructible. This is really bad news for Dani, as it has one task only, to kill her.

Just as she’s trying to get her head around why a killer robot from the future would be sent to finish her off, the REV-9 is swiftly on their trail again. It’s clear that the pair are going to need more help if they’re to survive. 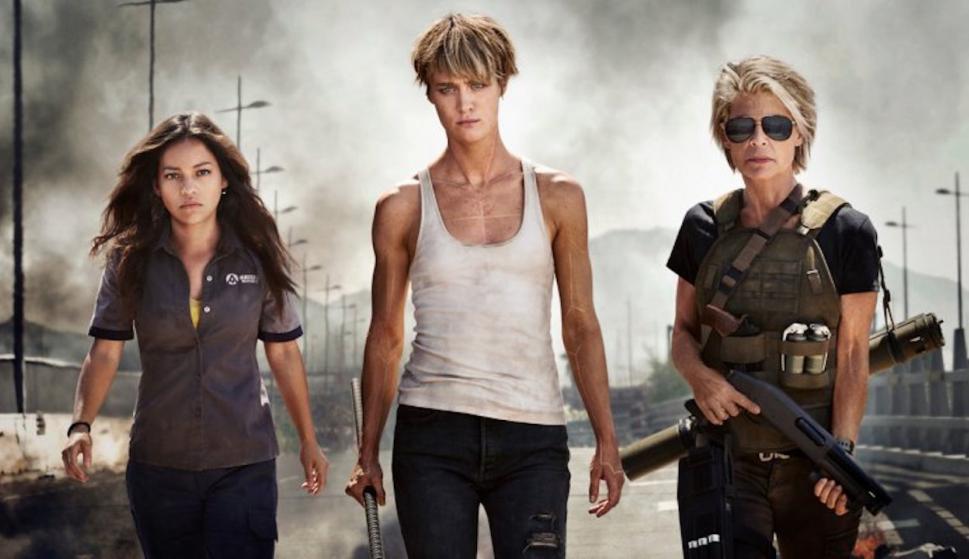 For the next Charlie's Angels reboot, they would go for a tougher look.

The Terminator franchise is much like the T-800 itself, in that it refuses to die. Ever since Cameron’s impressive tour de force Terminator 2: Judgment Day, released in 1991, the series has struggled with its identity - veering off on underwhelming tangents - as well as with the stories it should be telling.

This entry then, does its best in trying to merge the origins of the story with new elements. It does of course feature Schwarzenegger, alongside Linda Hamilton, reuniting them on screen for the first time in 28 years. As well as new faces in Davis (who starred in the sorely underrated series Halt and Catch Fire), and Reyes.

And it has to be said, this union works to the film’s strengths. It’s also good to see some strong roles for females in an action film across the board; kudos to Hamilton, who not only trained hard for the film, but was pushed physically throughout.

The story works less well. It is, unashamedly, a carbon copy of the original: a robot, sent from the future, to kill a woman who is the key to changing how the world could be. With the addition of members of the original involved however, it kind of gets a pass on this front. It’s certainly their relationship, and how it evolves, that gives it more depth emotionally. It just so happens that their fraught interaction, due to a different version of their history playing out, also adds to the confusion. But, much like other films, such as Back to the Future, you’re better off ignoring the technical side of things, and just focus on the fun stuff.

And to that end, this instalment is a fun ride. Director Tim Miller has only one other directing credit under his belt, but considering it was 2016’s Deadpool, he’s handled this behemoth of a feature remarkably well. The action sequences are some of the best compared to some of the more recent entries, with some truly thrilling scenes. He also keeps the pace throughout relatively tight, and gives both of his more mature stars the time to shine they both rightly deserve.

There’s a nice line in humour too, which is welcome, including the original T-800 now going by the name of Carl and selling drapes. It does feel like a tricked missed however, by not having him as a pest controller going by the moniker the exterminator.

Another area though, other than the story, that’s hard to wrap your head around, is Luna’s REV-9. The issue isn’t with Luna, who gives his future robot the right balance of personality, but with its appearance. This latest killing robot has the ability to split in two, with one part being the familiar exoskeleton, and the other this metal goo. Now audiences have long been able to accept what a robot from the future can do, but this morphing on the go feels a step too far. After all, if he can be just as deadly as a metal goo – with the ability to take human form – what need is there for an exoskeleton? It would be like Sooty being able to go about his day to day business without a hand up his rear; if that’s the case, why the need of a puppeteer?

Despite these grumbles, Miller has done enough here to easily make this entry the third best in the series. It’s a shame that it tanked so badly at the box office, but it’s certainly worth further inspection for its home release, particularly as it makes for an impressive 4K UHD title.

Although a trilogy for this particular story was planned, its poor show at the box office now means that’s highly unlikely. That’s doesn’t mean the end of the lucrative franchise however, as in one metallic shape or form, it will be back.