You would think that even though WW2 ended 74 years ago, all the stories worth telling related to it, would have been told by now. Apparently not, as this gripping story set in Norway illustrates.

Based on the 2001 book Jan Baalsrud and Those Who Saved Him, it tells the remarkable true story of not only one soldier’s grit and determination to carry out his mission, but also that of a nation willing him on.

Ahhhh I really don't like this new ride at Alton towers!

During World War II, the Nazis managed to lock down Norway into a military fortress known as Festung Norwegen. Britain wasn’t too keen on the Germans having this advantage, so trained twelve members of the Norwegian military for a special mission; on a boat loaded with explosives, they were to sail into the German military facilities with the intention of blowing them up.

Unfortunately their plan was foiled, leading to the capture of all of them – bar one. Jan Baalsrud (Thomas Gullestad) managed to elude capture, but with Gestapo leader Kurt Stage (Jonathan Rhys-Meyers) obsessed with hunting him down, it soon turns into a dangerous game of Nazi cat and Norwegian mouse. 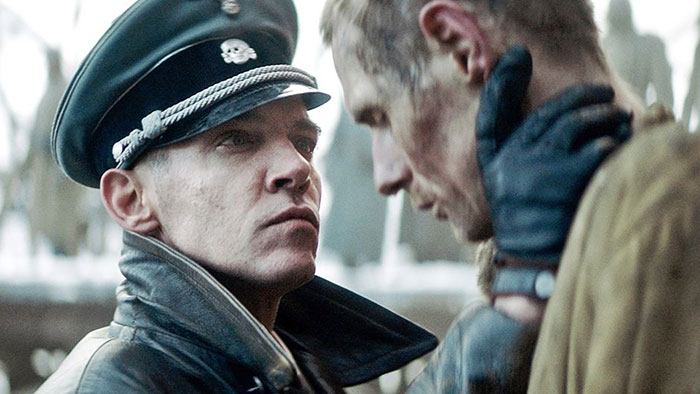 Nope, the force isn't in this one at all.

At the heart of this feature is a cracking good yarn, made all the more absorbing by the fact it’s based on true events. Dutch director Harald Zwart, who’s had some success in Hollywood with the likes of Agent Cody Banks and the 2010 The Karate Kid remake, proves that he knows his way around a camera; there are some scenes that look like he’s touting for directing a horror film, which from his work here, he could easily pull off.

And although it’s odd to see Brit Meyers not only play bad, but sound bad by talking German throughout, it’s his relationship with Jan that holds the film together.

You may want to put your thermals on and wrap up warm for this, but it’s worth it for a story that’s a helluva sleigh ride from start to end.