There is a theory that’s been circulating for some time now, admittedly started by us, that Keira Knightley is a bone fide time traveller. The theory goes that she travelled from the past, to our future, where her time machine, probably masquerading as an antique wardrobe, suffered mechanical failure.

She worked out however, that if she appeared in enough period dramas, it would re-boot her wardrobe and allow her to once again return to her own time. Now it’s unclear how many she needs to star in specifically, but darn it, she must be close now, surely?

Here then she appears, in what feels must be her five hundredth and fourth period film, set just after the end of WW2. 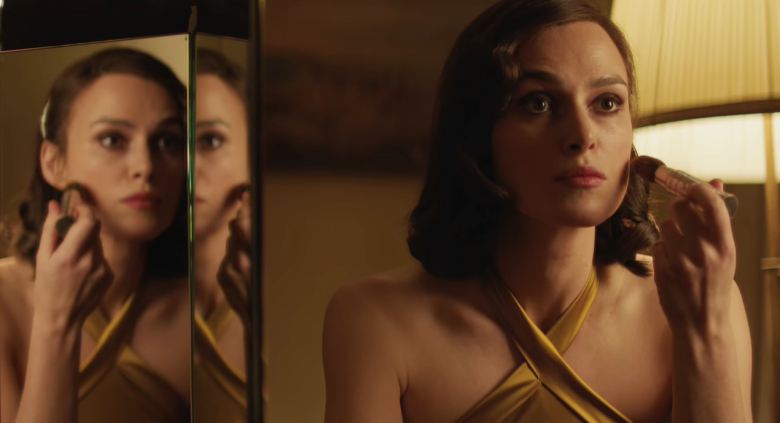 The war is over and Germany is in a mess. In Hamburg, Lewis Morgan (Jason Clarke), a British Colonel, has been assigned to help pick up the pieces. By his side is wife Rachael (Knightley). The army has appropriated a large property for them to live in, which is somewhat inconvenient for architect Lubert (Alexander Skarsgård) and his daughter Freda (Flora Thiemann) whose home it is.

Luckily for them, Lewis takes pity on them both, and decides to allow them to stay until they can sort out their arrangements. Initially this decision doesn’t go down well with Rachael, but after taking some time to understand their predicament, she warms to the idea.

But when her husband has to spend a lot time away, British and German relations at home develop when Rachael realises that she has more in common with Herr Lubert than she initially thought. 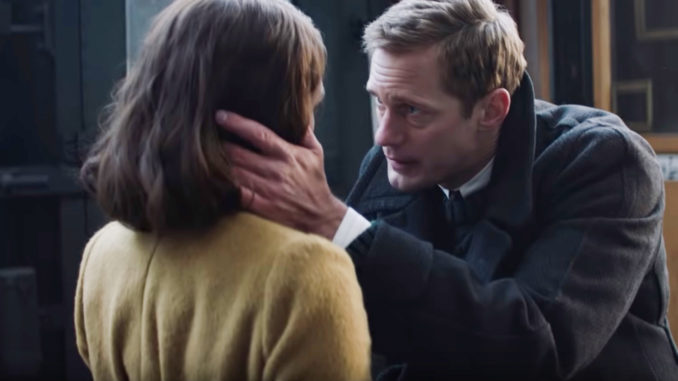 I'm doing you a favour. Your ears are so flappy I have to pin them down.

Although this is only his second feature film to direct, Brit James Kent has built a fine old career behind the camera for a number of TV shows over the years, which includes a couple of episodes of soap EastEnders, 2011’s Marchlands, right up to this year’s MotherFatherSon starring Richard Gere.

He’s certainly not overwhelmed by the bigger canvas; the cinematography has a large scope about it, with plenty of wide shots soaking up the atmosphere. But then his background in TV also copes well with the intimate relationships that play out between his protagonists.

Its downfall however, is its almost offensive predictability. After five minutes in, it’s obvious the territory both the story and characters are heading to. It’s also hindered by conventional individuals: you have Lubert, the dishy German who is looking for a quiet life; then there’s hubby Lewis who is terribly, terribly British, keeping his emotions in check at all times; and then there is Rachael, who, like her husband, hasn’t gotten over a tragedy in their past, and just wants to be loved.

And although the performances are strong from all those involved, in particular from Clarke and Knightley (who it has to be said, looks exactly the same as she did fifteen years ago, which only reinforces our time-travelling theory), the lack of originality in the script means that there are just no surprises here, making it a rather pedestrian affair all round.

If it means that Keira is one film closer to getting back to her own timeline, then fair enough, but a bit more emphasis on quality as well as quantity in the period drama world next time around would be very much appreciated.