The Atom: a Love Affair

Relationships can be such fickle things. You meet someone special, who lights up your life – literally. But things get complicated and they have a massive meltdown and you can never go near them again.

It’s no wonder then that filmmaker Vicki Lesley used the analogy of love for her debut documentary, which follows the on-again, off-again relationship that we’ve had with the atom. 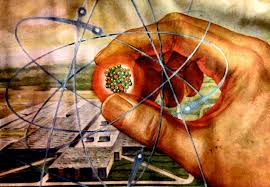 In some places, there was very little love for the atom.

It charts its impact on society from its inception in the fifties, moving through the decades, right up to modern day. From being branded the saviour of all our energy woes, to being the possible destroyer of modern society, and all points in-between.

Interestingly, it also has a fairly British/European slant, highlighting the rise and demise of nuclear power on those shores in particular.

Despite the title’s hint of frisson(/fission), the content, as you would expect, isn’t particularly sexy. It’s littered with knowledgeable talking heads, offering a fairly balanced appraisal of how the atom has dominated the scientific horizon for a number of years now. Lily Cole is on hand to narrate, which feels like an attempt to inject a modicum of feminine charm into rather stuffy, masculine proceedings. 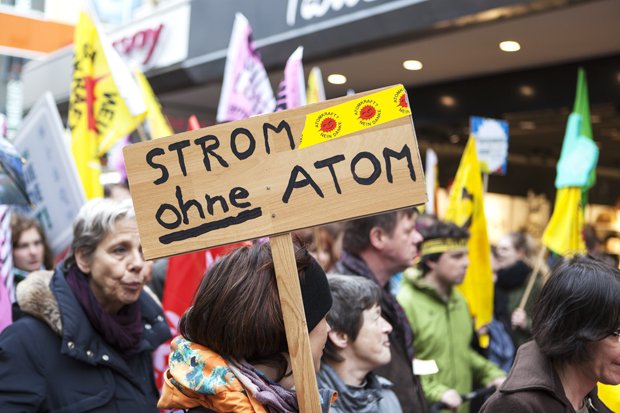 I find watching Ninja Warrior so tense, and yet so compelling.

Knowing how much of this informative diatribe is the meat on the bones of her documentary, Lesley has inserted a number of cute, retro clips, mostly from US films and shows from around the fifties, featuring relationships in various stages of love. They certainly help lift what is, overall, a serious mood.

The project overall has clearly been a labour of love for Lesley, documenting our curious relationship with atomic energy over the years, however, despite all her fine efforts to inject a modicum of humour, there’s no doubting it’s a tad top heavy on the talking heads front, and you know how excited scientists and the like get with all the science stuff.

Still, it’s a fascinating examination of the history of the atom, and our many flirtations with it, for better or worse.