We should consider ourselves fortunate with the high quality of animation that has come our way in recent years.

Leading the charge has been Pixar, with almost every release unable to do any wrong. But it does feel that we may have reached a pinnacle in terms of the visual technology achieved, much in the same way it has plateaued for the current next-gen of gaming consoles.

This may mean that animated features may now have to resort to how it was in the good old days, when story was just as important as to how it looked.

Putting that theory to the test somewhat is this latest animation from DreamWorks, who have previously released the likes of the Shrek films and How to Train Your Dragon. 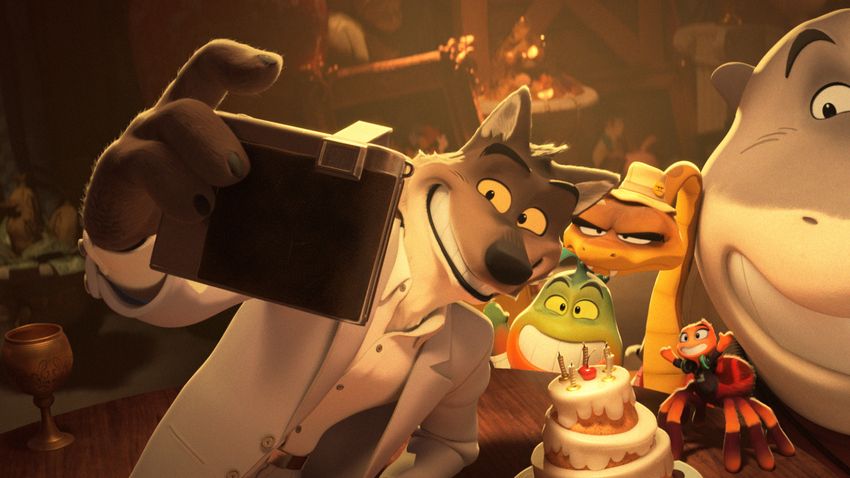 Oh man, this will have the 'gram blow up!

They have pulled off every job without getting caught, proving to be so elusive to the local police force.

They decide that there’s one big job left, one that will cement their legacy as criminal geniuses, and that would be stealing the Golden Dolphin statue at the upcoming Good Samaritan Awards.

Unfortunately for them, Wolf, of all the members of the gang, gets distracted, by helping an elderly lady out instead of stealing from her. This lapse in criminal cunning means that the heist quickly falls apart and the gang are caught.

Luckily for them however, the recipient of the Golden Dolphin, Professor Marmalade (Richard Ayoade), believes that he can transform the gang from bad guys into good, and so they’re given a lucky reprieve.

And it seems that perhaps the prof was right about them, as they appear to take well to doing good. But little do they know that there’s more going on here than meets the eye, and it soon becomes difficult to tell who exactly are the bad guys. 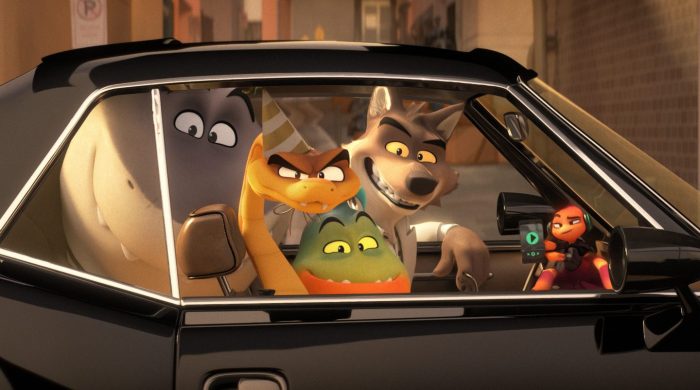 You heard us, we want the meat, and hold the burgers.

From the off there’s something a little different about this film. It’s a world where animals behave like humans, among a human population. Why everyone isn’t simply a talking animal is unclear, as is the reason for having humans at all, but there you have it.

The characters themselves are fun enough, but the opening rapport between Wolf and Snake sadly doesn’t last, resorting to fairly run of the mill dialogue throughout. It’s also a little odd that the voices of the actors don’t come across as them, such as Maron for instance, who isn’t instantly recognisable. Even the unmistakeable Ayoade, who just uses his regular talking voice in everything that he does, makes an effort to be ever so slightly different from how he sounds in real life. Don’t’ get us wrong, you still know it’s him, but it’s interesting that he makes a modicum of effort – and seriously no more than that – to change his voice.

Perhaps we’ve been too spoilt, making features like this just feel average, and nothing more. It’s one that no doubt will please youngsters, as it has its fun and silly moments, but it’s not the type that would make its way into any right-minded adult’s best films ever list.

The good news is, is that it isn’t that bad, but just don’t expect much more than that.