They say you can’t keep a good superhero down; actually those saying it are probably disgruntled super villains much to their disappointment.

Taking on the cowl and cape duties this time around is Brit Robert Pattinson in director Matt Reeves reboot of the franchise. 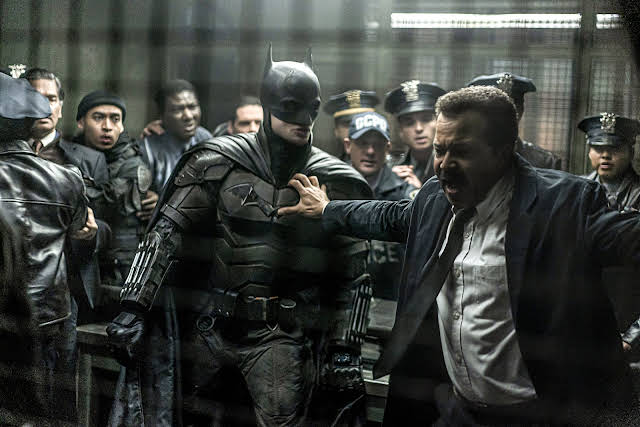 OI don't give a damn who you are, that last Frappucino is mine I tell ya!!!

Gotham is a city like no other. Unfortunately for its citizens, it must feel like the capital of crime, with such a large number of criminals roaming its streets looking to score.

Gotham City PD is trying to do its best, but with corruption rife amongst city officials, including within the GCPD, the good ones, such as Lt. James Gordon (Jeffrey Wright), face an uphill battle on a day-to-day basis.

With things so bad, it’s no wonder that Gordon turns to a solo crime fighter for help, who goes by the name The Batman (Pattinson). He appears to be on the side of justice, which the city needs so badly right now, especially with a new wave of crime spreading from one crazed individual, known as The Riddler (Paul Dano).

But The Riddler seems to have some inside information of his own, where he’s keen to not only expose individuals that are taking advantage of the good people of Gotham, but also take them down.

Batman, with his heightened abilities to investigate crimes, decides to follow up on these clues, and see how far the corruption goes in this city of his, only to be troubled by where it leads to. 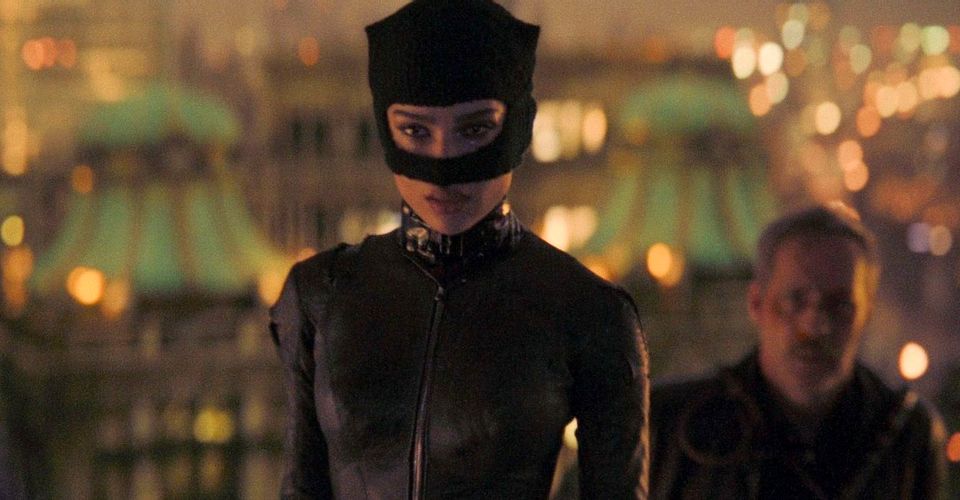 Don't you dare laugh, it's the only size they had left in the shop OK.

There does seem a point in the not so distant future where there’s going to be more people on the planet who have played Batman than those who haven’t. So it was only going to be a matter of time then until Pattinson got the call.

Luckily, who falls into the category of good Batmans (let’s not get started on who the bad ones are, as let’s face it, everyone has their own); his dark knight is a troubled individual, who also enjoys bike rides and is a bit of a voyeur. And even when he’s really angry, he never rises is voice to more than a loud whisper.

He also comes across as less a superhero, and a more a bulkier gumshoe detective, existing in a film noir milieu. His Gotham City appears to have a serious allergy to sunlight, which is clearly in very short demand. So much so that you would expect those who live there to be popping vitamin D pills like there's no tomorrow.

And as every film noir needs a femme fatale, The Batman is no different. Zoë Kravitz gets to crack the whip, literally, playing as she does Selina Kyle, AKA Catwoman. She’s a welcome addition as she’s pretty much the only female with a major role in the film, and is purr-fect as the enticing love interest, which helps lift the overall dark mood of the film.

In fact the film has a palpable grunge quality about it, so it’s no surprise it relies heavily on Nirvana’s 'Something in the Way' throughout it, which works extremely well.

Reeves’ film is certainly more of a crime thriller than a superhero flick, and considering Batman’s origin story, that’s no bad thing. As has been explored before, Bruce Wayne doesn’t have special powers, but he has trained himself to be more super human.

Also, in some of the earlier fight sequences, they seem reminiscent of Rock Steady’s games featuring the caped crusader, in terms of the fighting mechanics.

Pattinson manages to fit both the bill and the iconic outfit. He is possibly seen in the costume more than any other recent Batman, with Bruce Wayne almost reduced to a cameo appearance. This means that with the suit doing a lot of the heavy lifting, Pattinson has to bring that little extra to get noticed, and although it’s fair to say it’s a subtle take, it works well for the style of the film.

Dano does well too, considering his Riddler outfit hides his entire face and body for the majority of his time on screen.

Much has been mentioned about Colin Farrell’s unrecognisable take on The Penguin; and it’s true, there's no way of knowing that it is the gifted Irish actor, which kind of defeats the purpose of him being there, only to forever more being remembered for being unrecognisable. On top of that, his version of The Penguin isn’t fully formed, so he ultimately plays a gangster type, nothing more. Reeves has a little fun with the audience however, offering us a glimpse of what may come, when Oswald has his feet – inexplicably – tied up, making him waddle like the aquatic flightless bird.

With what has to be a disappointing Batmobile (when it finally rocks up), the film’s keenness to take the ‘super’ out of the superhero genre, and a running time of nearly three hours that seems like hard work in places, this isn’t a Batman that is likely to blow you away.

It does make for a terrific crime thriller however, with comic book undertones, featuring a detective who has the inclination to go batty once in a while. And good on him for doing so.