The Battle at Lake Changjin

It’s understandable that when the term big budget blockbusters is used, most associate it with Hollywood; after all, no-one throws money around quite like the US film industry.

But they’re not the only ones. Take this title from China for example, with a budget of $200 million dollars, making it the most expensive Chinese film ever made. And boy is it epic. 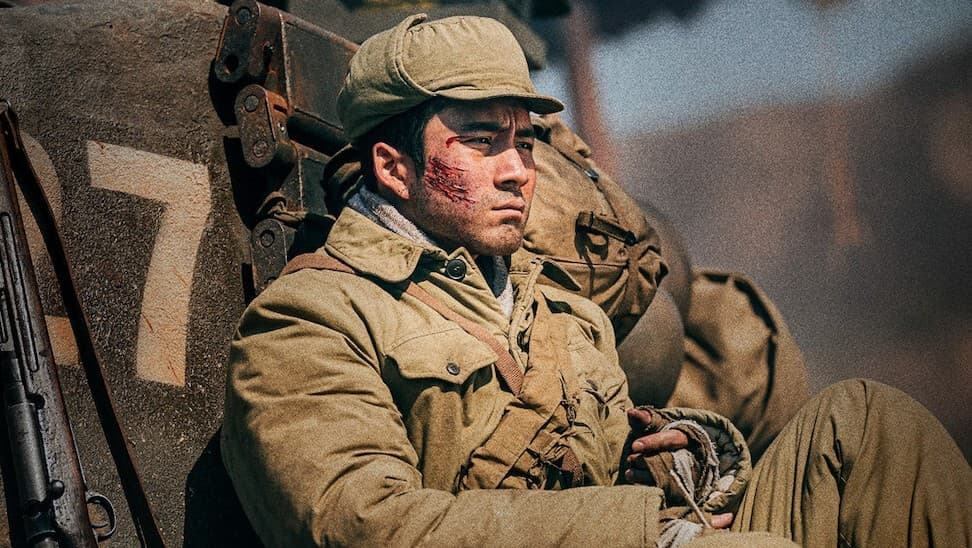 Now try telling me again, who's the sexiest man alive this year?

Just when Wu Qianli (Jing Wu) thought the war was over for him, he gets word as he’s visiting his family that he’s needed back in the fight. His younger brother Wanli (Jackson Yee) demands that he takes him with him, and begrudgingly he agrees.

Qianli commands the 7th Penetrating Company, and is sent to the 38th Parallel to aid their allies North Korea, who are facing an attack by the mighty US army. Leading the attack is General Douglas MacArthur (James Filbird), who is confident that he can defeat his foe before Christmas.

However, he vastly underestimates the grit and guile of his enemy, and Qianli’s small band of soldiers more than hold their own against the US invasion. 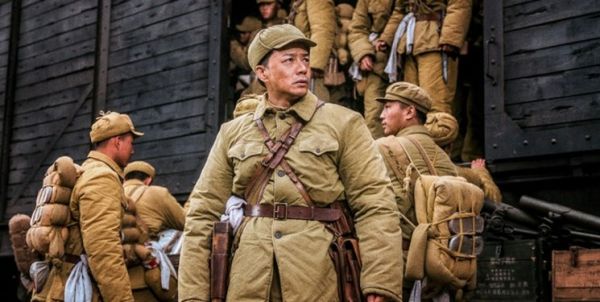 Yeah bitch I am the cabin crew, what of it?

It has to be stated that not only is this feature a fictionalised retelling of actual events, it was also commissioned by the propaganda department of the Chinese Communist Party. That in itself isn’t really an issue, after all many of the classic US war films such as The Green Berets are considered propaganda material. It just needs to be apparent going into this however, that the film most certainly has its own narrative and agenda, and may well be somewhat creative with the truth.

You can certainly see where the money was spent; it’s shot on a wholly impressive scale, from the hundreds of extras to the awesome battle scenes, making for an amazing visual treat.

That said, the acting is somewhat hokey in places, but only from the US actors, who were probably made up of a large number of enthusiastic newbies whose day job is waiting tables back home. The fact is, it also makes their characters that little bit more dispensable as acting that poor deserves a bullet in the head.

Certainly Chinese audiences lapped it up, with the film grossing an incredible $913 million dollars, making it not only the highest-grossing film in Chinese history, but also the highest grossing non-English feature, as well as the second highest in a single market. So no surprise that a sequel was released earlier this year. Even more impressive when you learn of its almost three hour running time too.

Politics aside, The Battle at Lake Changjin has an eighties action film quality about it; this is not a handheld, docu-style flick, but a splendidly over the top effort, dynamically directed, that makes for an utterly thrilling spectacle.