Nobody likes a test. Except maybe swats, but nobody cares about them. Sitting down with a bunch of questions that are to determine how smart you are. Or not.

But everyone loves a quiz. A bunch of questions that determine how smart you think you are. Funny huh?

For Jim Cumming’s latest film, which thankfully sees him once again acting and directing, he gets sucked into a world that will probably leave you with more questions than answers. 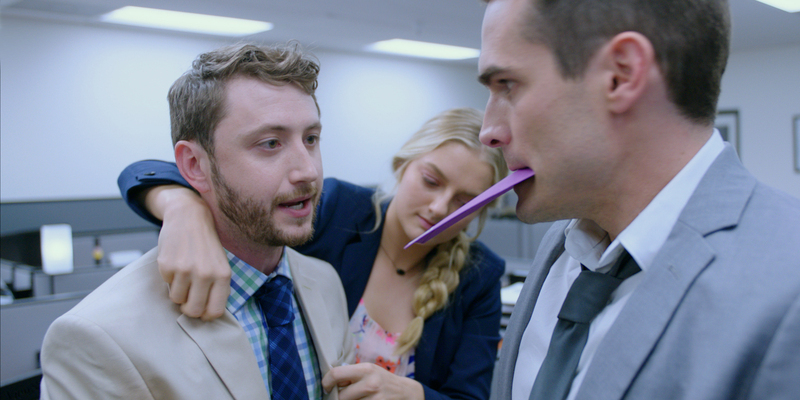 No, you still don't get it, you have to become the post box.

Working in a Hollywood talent agency as an agent is Jordan (Cummings). As you would expect from someone of his ilk, he’s a piece of shit, despite his protests that agents are nothing like Ari Gold from Entourage. Sure he’s not that bad, but he definitely exists in the same universe.

He’s getting married soon, to Caroline (Virginia Newcomb), but when he receives a purple invitation in the post, to a discreet sexual encounter in a hotel, his curiosity and libido are both piqued.

He accepts the invitation, goes to the hotel and has a memorable sexual encounter. It’s one that stays with him, and one he quietly obsesses over, as he wonders how he can have such an experience again.

His obsession for answers ends up getting the better of him, seeing him turn detective, as he attempts to find out exactly who sent him the invite in the first place, and why. 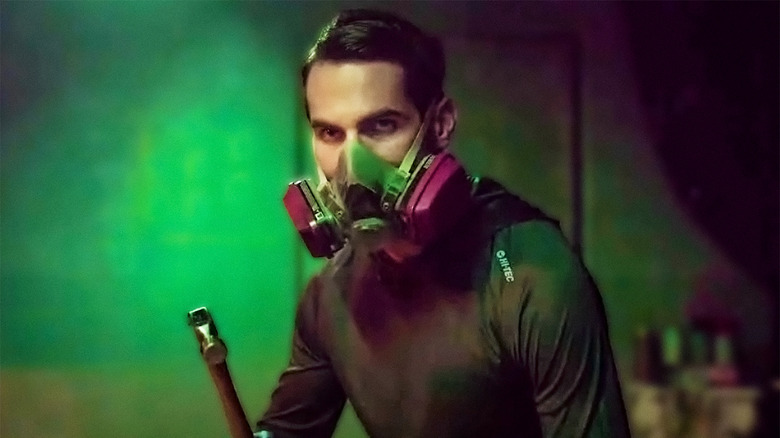 If I don't get a superhero gig after this, then I don't know what they want.

Cumming’s third feature is a bold departure from his previous titles, both of which -Thunder Road and The Wolf of Snow Hollow - are pure indie gems. Unlike those films, this one has a slightly more complicated narrative, which it sadly suffers from.

The premise is certainly promising, that of a seemingly high-flying Hollywood type being drawn into a secretive world of sex, only to be let down by a clumsy execution.

At times there are just too many moving parts, which is unusual for a Cummings flick, as not only is the private sexual fantasy world mysterious, but also a little too vague. On top of that there are a number of murders, that are supposedly related, but are a struggle to join the dots, making for an overall disjointed experience.

That said, it's yet another opportunity to bask in the quirky talent of Cummings, who gives a striking performance that is one part Jim Carrey to two parts early Nic Cage. He is a rare talent that makes it impossible to second guess what he’s to either do or say next, which is what makes him such an exciting new prospect.

There are some superb elements to the film, like an excellent self-deprecating crack about indie film making, and a wicked take on Harvey Weinstein, but despite these many elements, the film doesn’t quite work as a whole.

In a strange way however, it doesn’t matter, as it’s just an interesting and fascinating part of Cumming’s development as a creative force. He is ever watchable, even in an uneven, ambitious project like this, and in a way should be praised in a sense for pushing his own boundaries.

Sure it doesn’t quite work, but it doesn’t fail at being entertaining, and that’s still an impressive achievement.

It has to be a B+ then, with the note: great effort but possibly don’t try as hard next time.