It will pass that, in the not so distant future, physical books will become obsolete and the humble bookshop will follow shortly after. They will be replaced by ones and zeros, flashing up on digital screens.

With no bookshop, there will be no place to pop into, to pretend to browse and use their facilities. Nor will there be a comfortable environ to stalk someone you’re attracted too, by following them slowly down the aisles, with a pretentious book in hand, to then ‘accidentally’ bump into them and strike up a conversation that doesn’t at all border on the creepy.

This film then, based on the novel by Penelope Fitzgerald, could be the perfect swansong to that safe, bookish space. If only it were. 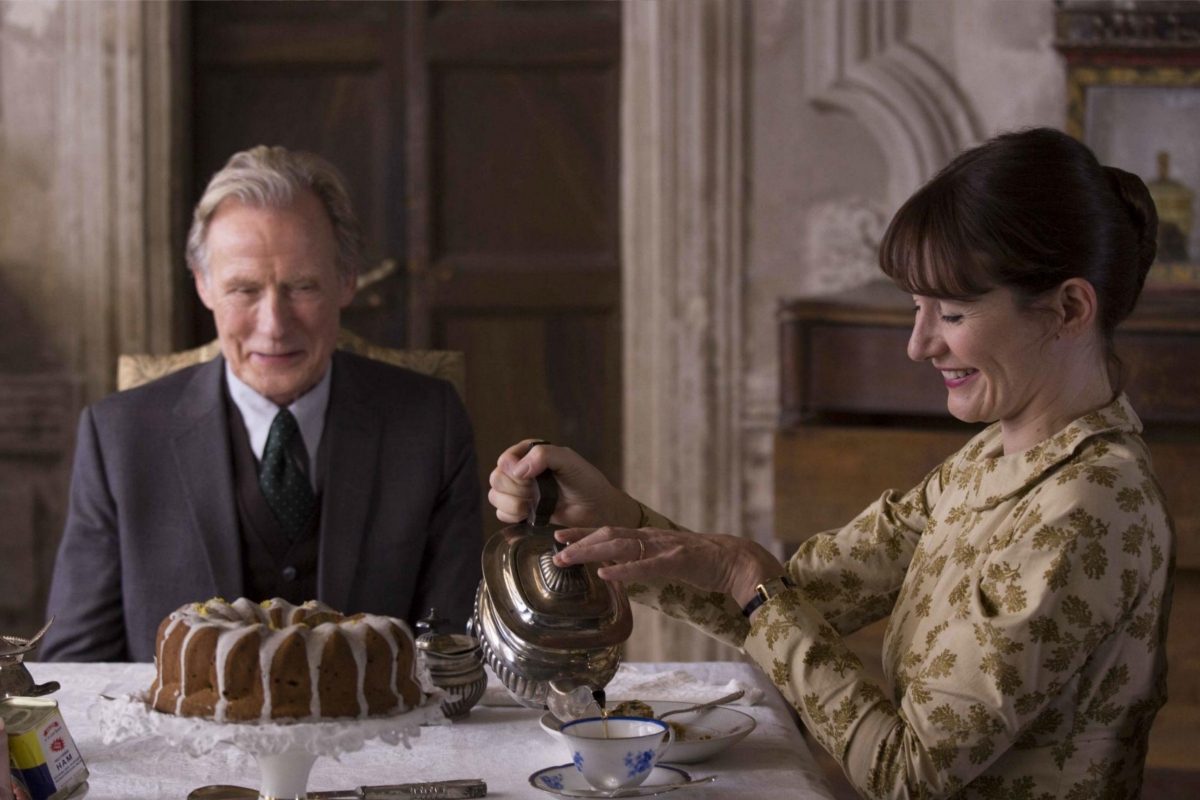 She's laughing now but little does she realise I peed in that pot.

Having been a widow for some time, Florence Green (Emily Mortimer) decides she needs a fresh challenge in her life. Despite local opposition, mainly from influential socialite Violet Gamart (Patricia Clarkson), she decides to take an old, disused property in town and turn it into a bookshop. Gamart, however, makes her feelings known that she would prefer it to be an arts centre for the community. But Florence thinks otherwise and sticks to her guns.

But even with the shop up and running, and with the blossoming friendship between herself and book-loving introvert Mr Brundish (Bill Nighy), Florence finds owning a small, local bookshop more challenging than she could ever expect. 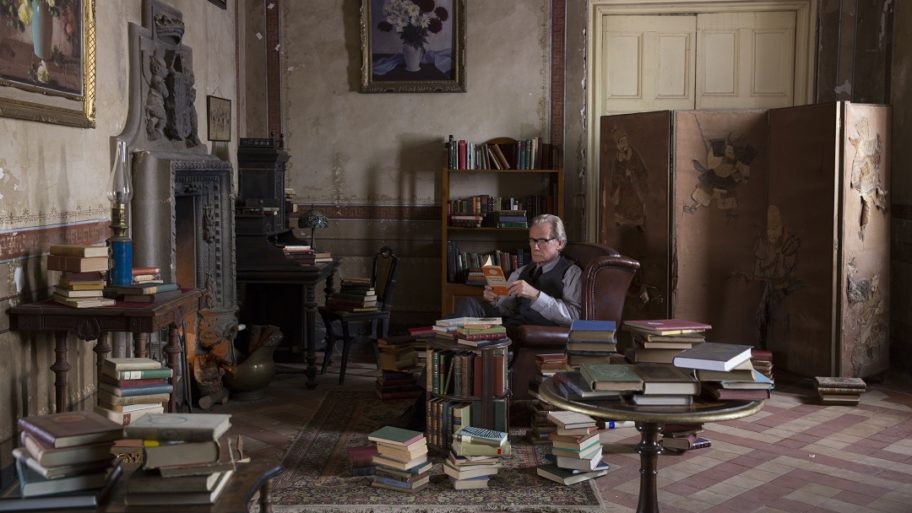 If only there was a device where I could store all these books and de-clutter this room...

Bookshops, at least independent ones, not necessarily the corporate soulless ones, have an air of romance about them. Here too, in Spanish director Isabel Coixet’s film, romance exists, just sadly in a very small volume.

Her film overall is surprisingly dark and chilly; at times, with its period setting of hair scarves and tea cosies, it oddly feels like a The League of Gentlemen sketch, with quite surreal characters venturing in and out of the story. You can just imagine, behind closed doors, they would make furniture out of spam and urinate into paper bags. That kind of odd.

It makes it really difficult then to relate to any of them; even Mortimer, who is a great talent, comes off as somewhat wishy washy, making it hard work to care one way or another about her plight. And although the relationship between her and Nighy are the most watchable and entertaining scenes, there is an awkwardness at the clear mismatch of this pairing, with what feels like a hundred years difference in age between them. It’s like the idea of Donald Trump and Melania snogging – it’s just too gross to even consider.

With such odd and disturbing characters, any romance surrounding the bookshop itself, is all but dead. You’ll find more romance between, well, Trump and Melania, and that is disturbing.

It’s a shame that Coixet’s film wasn’t more affectionate towards bookshops in general, considering how much of a dying breed they are, and that this film in particular wasn’t more of a cinematic page-turner.