There is a phenomenon that a number of women can go through during pregnancy called ‘baby brain’: it can cause a general mushiness of the brain, resulting in a cerebral fogginess that’s hard to shake.

It seems that DreamWorks have managed to concoct the filmic equivalent of baby brain, with this sequel that is highly effective at killing the brain cells of anyone unfortunate to watch it. 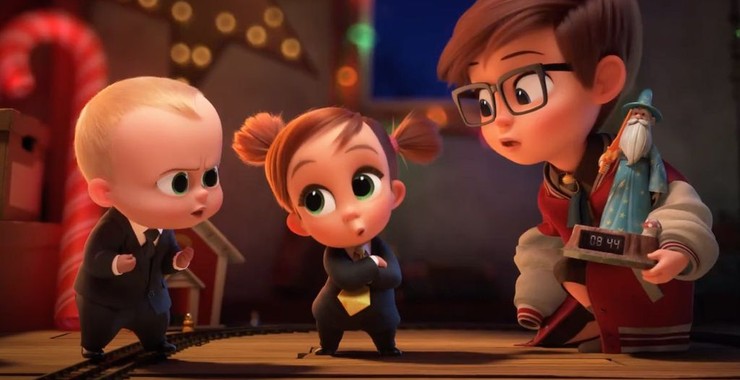 Psssst, did they just steal that wizard guy from Toy Story?!

Thirty years have passed and both Tim (James Marsden) and Ted/Boss Baby (Alec Baldwin) have both grown up; Tim now has a family of his own, including two daughters Tina (Amy Sedaris) and baby Tabitha (Ariana Greenblatt), with Ted now a successful businessman – no surprise there.

Tim gets a shock one day when he enters his daughter’s room, only to discover that Tabitha is from Baby Corp, and can now talk just as Ted could all those years ago. She tells him that they have a new mission, that all three of them must take part in, in a bid to save the day once more.

It seems there’s some strange plot afoot, with the appearance of Acorn centres, schools for children, springing up all over the globe. Its owner, Dr. Armstrong (Jeff Goldblum), has a dastardly plan, that only Ted, Tim and Tabitha have a chance of stopping, but they have to work together, like a family, if they’re to have any success. 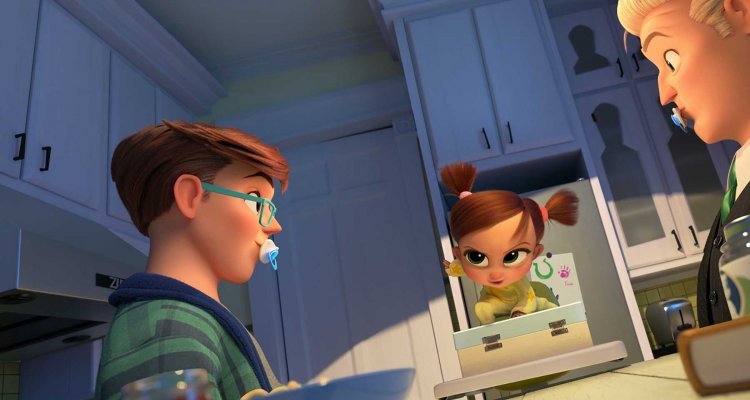 I should contact Child Services, you just can't put kids in draws anymore.

The first film in this franchise, although it made little in the way of sense, was still quite charming, even if it was essentially ripping off the Stewie character from Family Guy. It’s sequel however, takes nonsensical to a whole new level.

Simply put, it makes no sense. None. Whatsoever. For instance, in the first film, Ted just arrived out of nowhere, and was accepted by the story; however Tabitha appears to have been a part of the film from birth. How is that possible? Then there’s Dr. Armstrong, whose plot to take over the world, by getting rid of parents and having children rule the world, just doesn’t work.

The film knows it’s struggling with its convoluted plot, which is why it includes a secondary one that sees Tim’s character having to bond with both Ted again and his daughter Tina. This gives the film that emotional connection it desperately wants, but it just adds to the lack of cohesion throughout.

It’s a messy, head-scratching affair, which you wouldn’t expect from an animated family flick, one you wouldn’t necessarily think would melt your brain, but that’s what it does.

The animation is impressive and highly energetic throughout, which may well be enough to keep youngsters entertained, just as long as they don’t turn around to ask what’s happening, if they do, you’re well and truly screwed.

It’s an unbalanced effort then that is light on the goo goo and top heavy with the gaga, that really should have been aborted at conception.