A common theme throughout cinema history is that of the relationship between a father and a son. It’s one that has fascinated many a filmmaker over the years, due to the often complex nature of it.

This Mexican film by Venezuelan director Lorenzo Vigas is a prime example of the multifaceted emotional threads that are stretched and twisted between two such individuals. 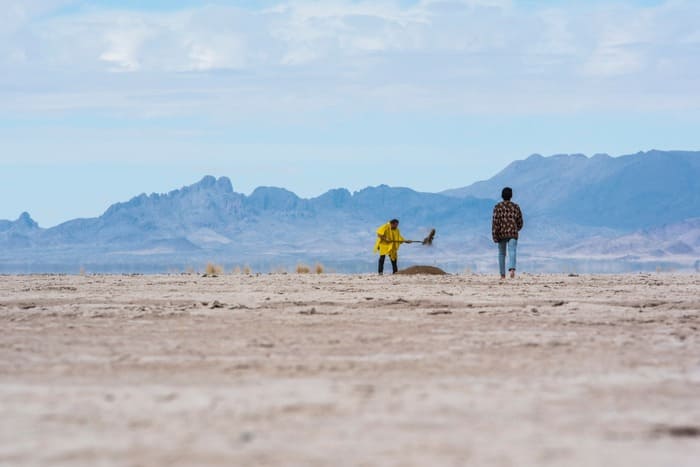 I'm telling you, the map says the treasure is buried here! or there! Either way it's pretty close.

Making his way on quite a difficult journey is young Hatzín (Hatzín Navarrete). He is off to claim a deceased person, believed to be the remains of his father, and return home to his grandmother’s with them.

At the office he is given a large metal box, and a photo ID of his late father. He is on the bus back home, when he notices a man on the street, who he recognises as his father, so he gets off the bus immediately.

The man, going by the name Mario Enderle (Hernán Mendoza), tells him he’s mistaken, but Hatzín doesn’t think so. He decides to hang around a while, to try to get to know this man, much to Mario’s annoyance.

After a while however, Mario decides that it might be worth having the boy around a while, as he appears to be fairly smart, and thinks he might help with is work, which is recruiting migrants to work in large factories.

Hatzín is over the moon at this opportunity, initially at least, to work with the man he believes to be his dad. But the more he becomes a part of this line of work, the more troubled he is by the underhand business practices Mario employs. 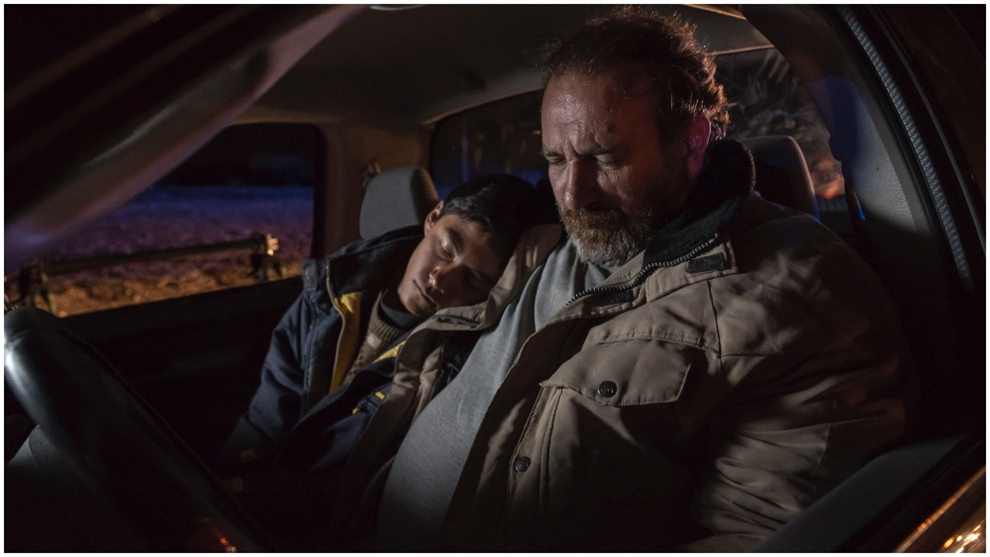 Then one time I had to change two bulbs in one day, haaving to go up and then down the ladder a few times, and then...

Vigas’ follow up to his 2015 debut From Afar, is a haunting look at both a fractured father and son relationship, as well as the awful treatment of immigrant workers, all seen through the eyes of Hatzín.

The locale plays an important part throughout too, featuring bleak landscapes that only reinforces the isolation that the young protagonist is experiencing, with this insurmountable distance between himself and Mario.

Navarrete is exceptional as Hatzín, dealing with a fair amount of emotional turmoil throughout. Not only does he have the tricky road of getting to know a man who may well be his father, but also navigate the nefarious actions of both his possible father and his employers.

It’s a film that is very methodical in its approach to storytelling, taking its time to develop. Vigas also shoots it like a documentary, with not much in the way of dialogue and no soundtrack whatsoever other than the use of ambient sounds. And unlike a fairly typical Hollywood approach, everything about their relationship is unconventional.

To that end, much like its landscapes, the film is a fairly bleak look at both relationships and the treatment of immigrants, and although Vigas directs with courage and aplomb, The Box is not one that results in being wrapped up in a pleasing bow.