The Scandinavian city of Stockholm is famous for many things: Sweden’s capital is home to three World heritage sites; it hosts the annual Nobel prizes; and it’s where you will, of course, find the Abba museum.

But you’ll know all this, as you probably saw Richard Ayoade sulk his way around the city in a recent Travel Man.

Another thing it’s more infamous for, is for being used in the term Stockholm Syndrome, referring to an event that took place in 1973 in the city, on which this film is based. 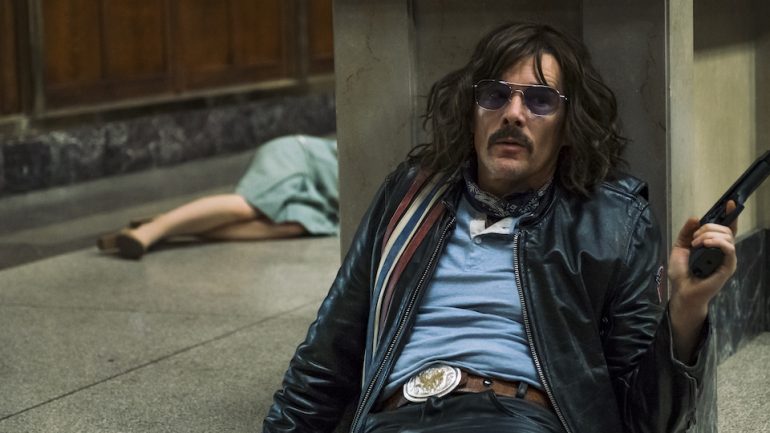 I might be in a bit of a pickle here, I could have sworn I loaded this with blanks...

One day Kaj Hansson (Ethan Hawke) breezily walks into one of the biggest banks in Stockholm. He’s there to withdraw – no surprise there, considering – but the manner he wants to do it is somewhat unconventional. Illegal even, as he’s there to rob it.

He allows most of the customers to leave, keeping a few members of staff back for negotiating purposes. He doesn’t just want cash however, he wants his friend Gunnar (Mark Strong) not only released from prison, but brought to the bank to help him out.

Not quite sure who he’s dealing with, or what they’re capable of, Chief Mattsson (Christopher Heyerdahl) agrees to his demands, but insists it will take some time.

Hours turn into days, as Kaj is not only reunited with Gunnar, but gets to know his hostages quite well, including bank clerk Bianca (Noomi Rapace). With the more passing of time, they attempt to come up with a plan whereby they all get to escape. 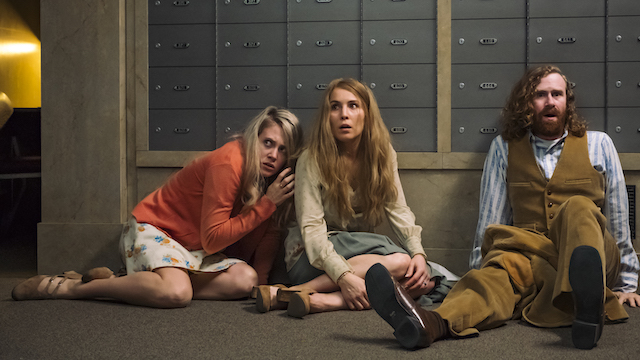 With such a curious premise, based on a real event, expectations for something intriguing are high. After all, what happened in that bank went on to coin its own term.

And there is a fascinating film in there, struggling to get out, but unfortunately for Canadian director Robert Budreau, he lacks the vision to reveal its full potential. It’s only his second full feature, so perhaps he’s yet to get to grips with his role.

Perhaps he bitten a little more than he could chew, also taking on writing duties too, as he does here. Sadly the film is weak in this area too, with much of the dialogue appearing throughout as flimsy and flat. It’s crying out for some humour, but just doesn’t get it.

The cast do well, with Hawke revelling in a quirkier role that doesn’t often come his way, and solid support from Rapace, Strong and Heyerdahl. And yet the psychology of the relationships formed due to the intensity of the scenario, just don’t cut it.

With a more confident director behind the camera, and a sharper script in hand, this could have been far more fitting considering the truly fascinating real life event.

As it is, this film lets its source material down, its talented cast and itself down by being nowhere near as captivating as it should have been.