On the 31st of January, 1990, the very first McDonald’s opened its doors in Russia, in its capital Moscow. Since then, the American fast food giant has opened over 750 restaurants all over Russia.

It’s easy to take such things for granted now, but not so long ago, the notion of an American fast food giant selling burgers, fries and shakes on Russian soil was unthinkable.

This new spy thriller, set in the early sixties, illustrates just how fragile relationships were between the US and Russia, as the entire world held its breath over the Cuban missile crisis. 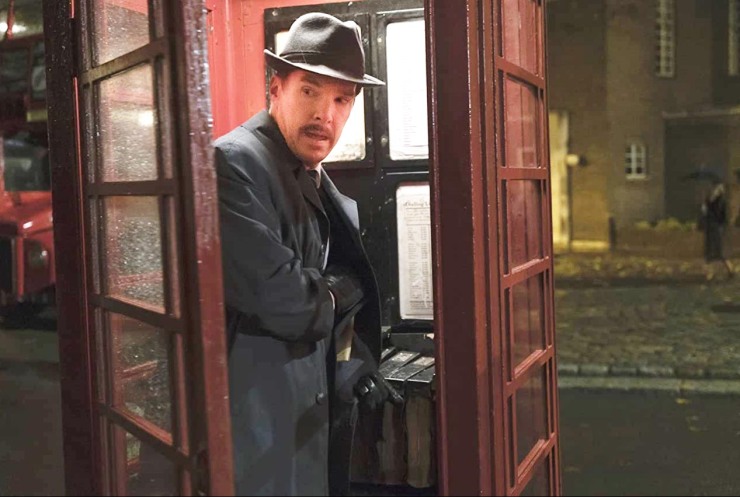 Because im a Hollywood star, I can actually pee wherever I like.

With the relationship between the US and Russia deteriorating under the leadership of Khrushchev, both the US and UK governments were concerned as to how bad things could get, and with nuclear weapons in play, they were guessing real bad.

Both governments were keen to get someone on the inside, but with the Russians knowing how to spot a spy a mile off, they had to start thinking outside of the box. The answer was Greville Wynne (Benedict Cumberbatch), a British salesman who travelled a lot on business, with no ties to any government body – until now.

When approached Wynne was keen to point out that he was just a businessman, a husband to his wife Sheila (Jessie Buckley), and a father to his young son, with no experience with the spying malarkey. Which was just perfect for MI6, and besides, they didn’t necessarily want him spying, just couriering helpful Intel back and forth between the countries. With it not sounding that dangerous, Wynne agrees.

His point of contact is Colonel Oleg Penkovsky (Merab Ninidze), who despite being high up in the ranks, has become increasingly concerned at Khrushchev’s aggressive stance with the west, and where it might lead.

And just as MI6 and the CIA say, the meetings between the two are jovial and take place without a hitch. But as tensions rise between the nations, their get-togethers become ever more dangerous, with far more at stake than was ever planned. 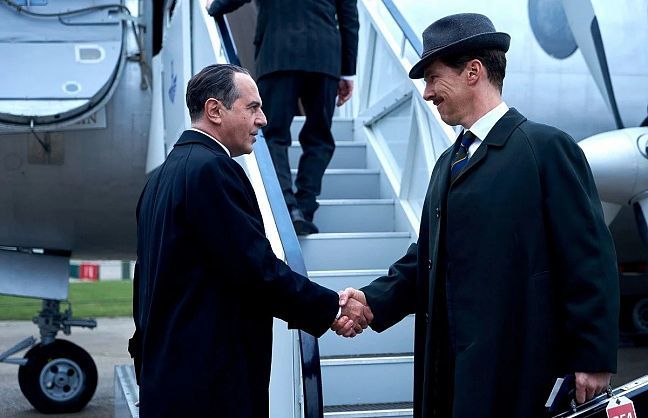 Littele does he know I could crush him with my superpowers at any time. Wait, shit, wrong film...

Just as he did with his directorial debut On Chesil Beach, director Dominic Cooke does a superb job creating such an authentic look and feel for his follow-up. The period is created with such a rich visual palette, which really adds to the tension of the piece.

It’s quite remarkable for being based on a true story too, with businessman Wynne actually being recruited by MI6 to courier sensitive information back and forth.

It sounds odd saying it, particularly when you take into account the talent involved, but the film is let down by some underwhelming performances. Certainly Cumberbatch is believable playing someone out of their depth when it comes to the world of espionage, but his character just lacks that spark of personality. It’s all very well presenting the stiff upper lip, but it’s just a little generic, and there’s no real reading of the character’s emotional state throughout.

And although there’s a genuine warmth in the friendship between Wynne and Penkovsky, it could have been developed further.

There is an interesting scene towards the end of the film however, that sees Cumberbatch reveal quite a lot of himself; although completely justified, it also somehow breaks the illusion of the film somewhat, with the person on screen resembling Cumberbatch himself far more than his character, which sees Wynne without his hair and moustache.

It’s a fascinating story, told well, just not exceptionally well. Considering how tense the period was however, the film could have really done with turning everything up a notch to get the most out of it.