There’s a certain irony surrounding the release of this film; a story surrounding a historical event that changed the world forever, affected by one of the most relevant movements of the day, hoping to do exactly the same thing, by putting the heinous actions of those in power in the spotlight.

Originally set to be released in 2017 and distributed by The Weinstein Company, its release ran into the eye of the #MeToo storm and forced it to be shelved.

Having languished for some time, it was eventually picked up by another distributor, and this star-studded flick finally gets to see the light of day, as it were.

You could say I just had a bright idea...

It’s 1880 and the world is soon to become a much brighter place. After much testing, inventor Thomas Edison (Benedict Cumberbatch) has finally perfected his invention of the light bulb. Although it should be a time of much celebration, he’s already working on how to power his new invention up and down the country.

It would ordinarily be a straightforward decision, if it wasn’t for a certain George Westinghouse (Michael Shannon); a savvy businessman and inventor himself, he has nothing but admiration for Edison, but unlike his own solution – an alternate current – these feelings aren’t a two way street.

But with Edison the Steve Jobs of his time, all eyes are on him to deliver. And feeling the pressure, Edison resorts to dirty tactics in order to light America, and then the world. But the deed is far from as easy as flicking a switch. 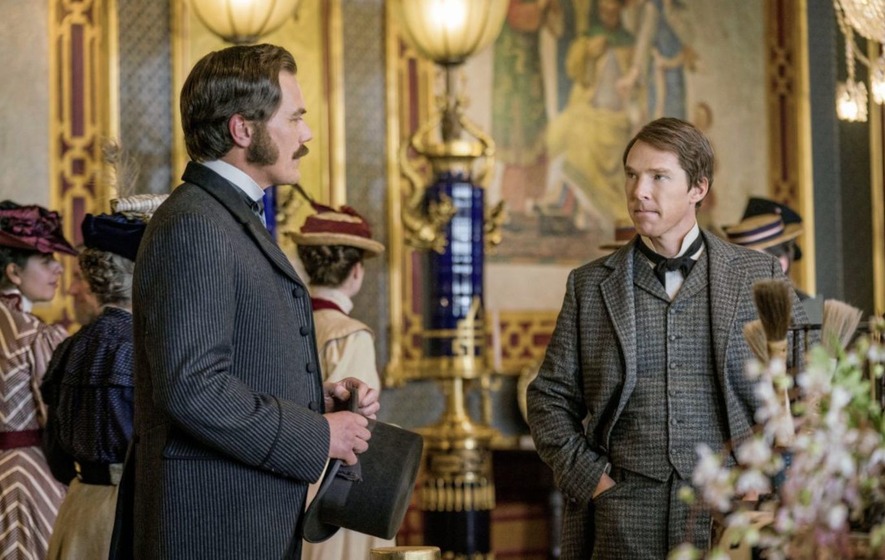 I had a moustache last week. Think they're all too common now of course.

Considering the stellar talent involved in this project, that includes Nicholas Hoult, Tom Holland, Tuppence Middleton and Matthew Macfadyen, it’s disappointing this film has struggled to get the audience it so desperately deserves.

Despite this being only US director Alfonso Gomez-Rejon’s third feature, he does a remarkable job in not only corralling the vast talent under his control, but in also visually representing the time period.

The story is a compelling one, with the battle for AC or DC currents, like a retro version of Beta Vs VHS. Although it heavily relies on the superb performances of both Cumberbatch and Shannon, there are also a number of relevant satellite performances too, including that of Hoult as Serbian inventor Tesla.

The director is also aided by some attractive cinematography, only occasionally let down by its obvious CGI elements.

And despite there being some kind of unofficial US actors strike occurring during its filming that slipped under everyone’s radar, forcing the director to go with a predominately British cast, as expected, in true British fashion, none involved let the side down.

All in all, it shines a majestic light on a fascinating period in history, with some of the brightest talent around being positively radiant.