The Day Shall Come

Good things come to those who wait, so they say, but for fans of warped creative genius Chris Morris, he takes waiting to a whole new catatonic level.

The man behind such subversive TV as Jam and Brass Eye made his directorial debut with the sublime modern classic Four Lions in 2010. If you’ve held your breath for his next project, you’ll definitely be dead by now considering the nine years it’s taken him to produce it. Which is a shame, considering it’s yet another slice of squirming satire. 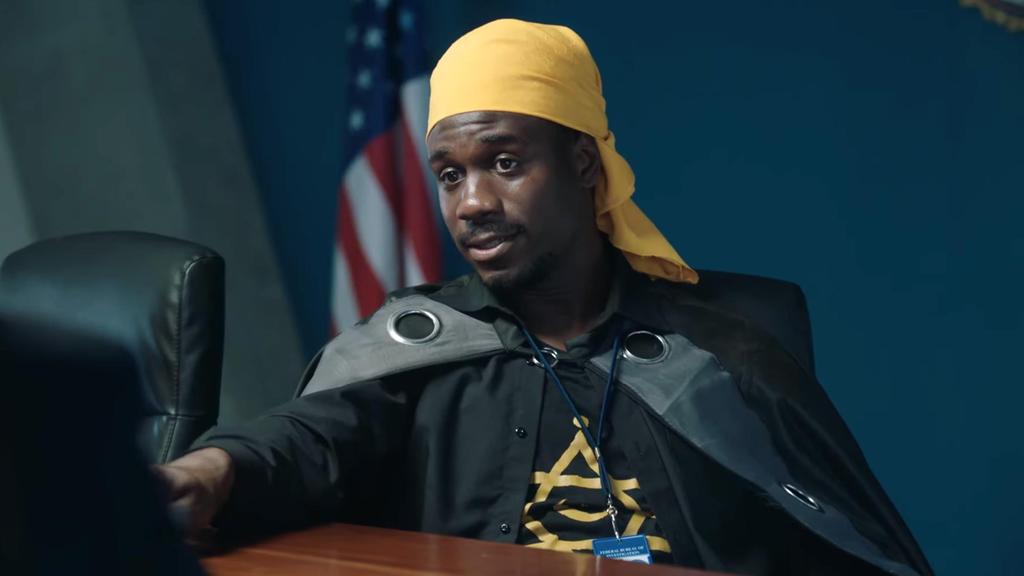 Put me in the MCU; I swear i'll be bigger than Thor and Black Panther put together!!!

The city of Miami, primarily known for its spring break partying and all the vices that come with it, is also home to Moses (Marchánt Davis), an idealist with a dream: to develop his urban farm, where he grows kale and tends to ducks, and recruit more than the four members of his Star of Six commune, with the intention of eventually overthrowing the white man, without using any kind of force.

His presence streaming live on Facebook catches the attention of no less than the FBI, despite no promotion of violent means whatsoever. They decide that, with a little coaxing on their part, they could encourage Moses and his ‘cult’ into terrorist activity, making them convenient patsies, which would ultimately make the Bureau look good with their eventual capture.

But despite the temptations dangled by FBI informants, Moses is most insistent on maintaining his non-violent policy, but that doesn’t seem to stop agents Glack (Anna Kendrick), Mudd (Denis O’Hare) and their team from pursuing the next possible Bin Laden, fingers crossed. 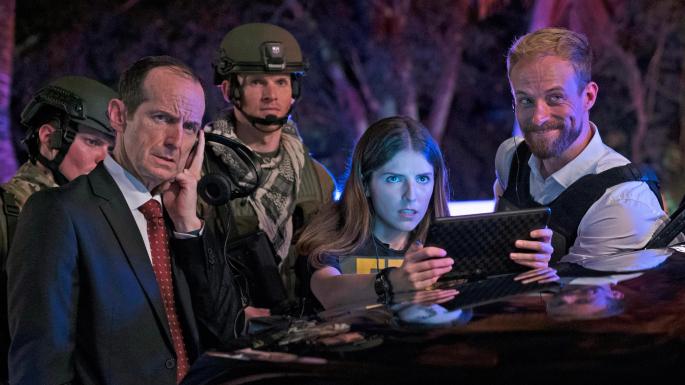 Yep. That's our President all right...

There are obvious similarities with his Four Lions, focusing as it does on a group of social outsiders, desperate to change the world for the better. But Morris has essentially inversed that story here, with his main protagonists very much the undermined party, being outrageously targeted by an aggressive government department, keen on being seen to be doing something regarding terrorism on home soil, even if it’s about as far away from being the right thing as you can get.

Once again, this time alongside British writer Jesse Armstrong, Morris has written a script that is not only wickedly acerbic and funny, but also manages to make audiences sympathise with a group with slightly dubious intentions – well, they are if you happen to be the white man. The level of discomfort arises this time from the frightening tactics of government bodies. As Morris has stated in recent interviews, and as the film’s opening titles admit – that this feature is based on 100 true stories – all worryingly intimating that fact is far scarier than semi-fiction.

Davis, making his big screen debut, is a superb find and is just a joy to behold from beginning to end. His character is helped by his issues with mental health, that clearly no one else picks up on, which no doubt happens in real life all the time, all too often, sadly.

Kendrick shows that she’s also more than up to the task of handling this kind of this razor-edged satire, as she manages to make her character, a woman constantly battling with male egos and having to prove that she deserves to be where she is, almost relatable.

It’s also nice to see original Four Lion member Kayvan Novak in a significant role, proving once again that Hollywood needs to finally sit up and take notice of his obvious comedic talents.

There’s no denying the sharpness of the script, as well as the surprising level of warmth that Davis delivers as Moses, making him utterly loveable.

It has to be said however, that its ending is somewhat flat, and that some of the characters don’t quite shine to the same extent as those in his first feature, making this one fall slightly short in the painfully funny stakes.

It may have taken nine years, but The Day Shall Come makes a cosy uncomfortable bookend to Four Lions, as well as a knock-out double bill.

As well as raising serious concerns regarding the reliability and judgement of certain government bodies, it’s difficult not to address a more pressing question that is, how long will we have to wait until the next Chris Morris film? Fingers crossed it shall come quicker than this exceptional one did.