Thanks to his blockbusting antics, one name has become synonymous with that of archaeology and that is Indiana Jones. His adventures have managed to sex up finding old buried stuff no end, and has no doubt encouraged many to follow in his dust-covered footsteps.

It’s no surprise then that this latest British film, with a severe case of stiff upper lip-itus, manages to undo all that hard work in just under two hours. 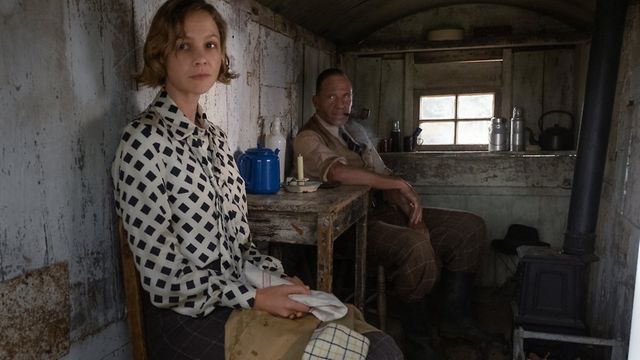 I said it was a caravan by the sea. I didn't say it was a nice caravan...

1939, rural Suffolk, and living on a nice estate with a fair amount of land is Edith Pretty (Carey Mulligan). On said land are a number of large mounds, of which very little is known. Despite the country being on the cusp of a second world war, Edith employs the know-how of Basil Brown (Ralph Fiennes), who describes himself as an excavator, to literally get to the bottom of the mounds.

He has his suspicions as to their origins, but is keen to get stuck in and start digging. The more he does so, the more they all become aware of the significance of the dig, and, more importantly, the treasures that lie in wait. 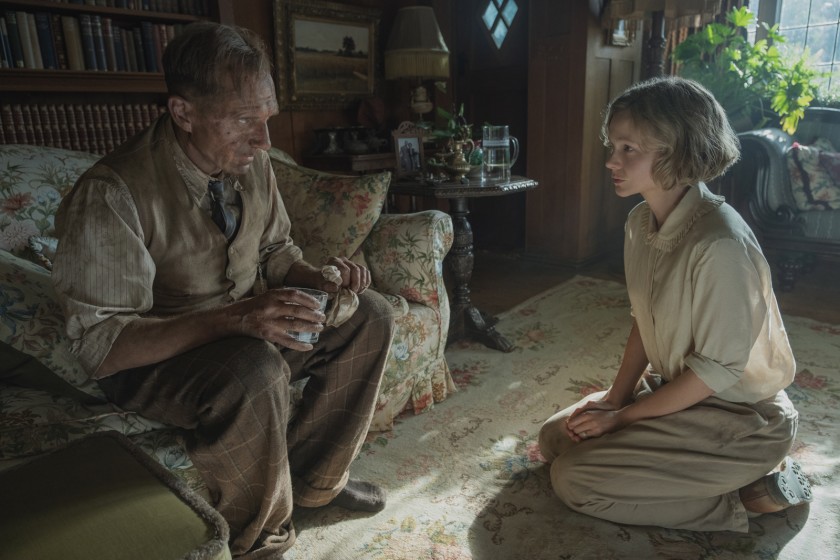 I'm sorry to tell you this but your pipes are buggered.

The Dig is yet another example of not only being a Netflix original production, but also a showcase for upcoming directing talent, in this case Simon Stone, with what is only his second feature. Unfortunately it fails on both counts.

Although based on the true story of the discovery of the ancient treasures of Sutton Hoo, the film struggles with its focus. Initially it has a quietly burning romance aspect to it, with the possibility of something happening between Edith and Basil. Although it occasionally hints at something there, the film is quick to move on. It does this by introducing health issues to Edith, and as a widower, this has complications in regards to her young son Robert, played by Archie Barnes.

The second half of the film decides to move in yet another direction, with the arrival of some seasoned archaeologists to the site, working on behalf of the British museum. It’s at this point the film decides to unearth another storyline, this time involving repressed sexuality, as well as the fallout on those around them. It does allow the film to finally get to grips with a romantic angle however, which it seems keen on since the first reel.

Unfortunately, with all these different elements uncovered, the story as a whole is diluted to the point of making it wishy washy, with it lacking any identity or major storyline. It’s almost as if its frantically fanning its hands in the dirt in the remote chance of discovering something more substantial. It doesn’t.

Certainly Fiennes is worth watching, but as his character fades in and out far too often, there’s nothing left to truly hold your attention, and that sadly includes Mulligan’s performance, who is condemned to period features forever more, playing a bland and docile personality that makes no impact whatsoever.

What the film would have benefitted from would have been the full Merchant and Ivory treatment, with a sumptuous period look, laced with an undercurrent of forbidden passion. Sadly, its hole in the ground doesn’t quite cut it.

Even on a technical front, Stone gets carried away with moving his camera around unnecessarily, as well as with the annoying habit of laying character dialogue over shots of no-one talking; it’s a technique he woefully overuses and it only adds to the film’s many woes.

The Dig is a dry, dull experience that despite the physical hole it unearths, lacks any kind of emotional depth. If you were expecting to uncover a rare gem, you will be sorely disappointed.