Steve Coogan clearly loves his grub. He swans off regularly to some of the finest eateries in Europe with the likes of Michael Caine, Ronnie Corbett and Sean Connery - or at least all voiced by the same man, Rob Brydon - in Michael Winterbottom's series The Trip. It's a jolly that sees two grown men constantly attempt to out-impersonate one another, whilst stuffing their faces. Not bad work when you can get it.

Coogan has to work a tad harder for his supper here though, having to actually do a little bit of acting in this big screen adaption of Dutch writer Herman Koch's novel of the same name. 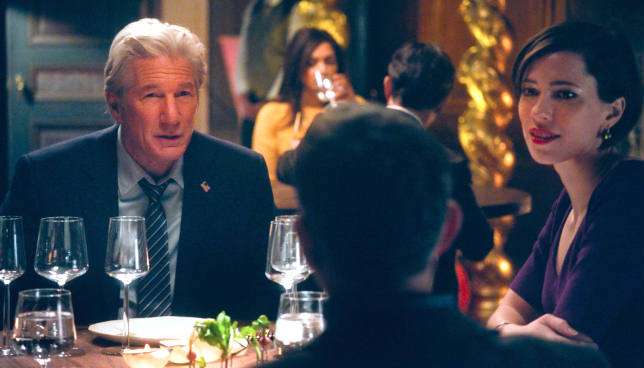 If you give me your glass, I can play the theme tune to Pretty Woman on them.

Family dinners can be hard work at the best of times. But what can make them ten times more difficult is when they are forced together to face a family crisis.

Initially it feels like Paul (Coogan) is just anxious at the thought of having to go out with his wife Claire (Laura Linney), and dine with his brother Stan (Richard Gere) and his wife Katelyn (Rebecca Hall). But once at the fancy restaurant, tensions rise to beyond boiling point for all those around the table.

It's not just a regular family get together; their teen children have instigated a heinous act, and now the grown-ups are trying to work out how best to deal with the situation. Over a five star culinary dining experience, naturally. 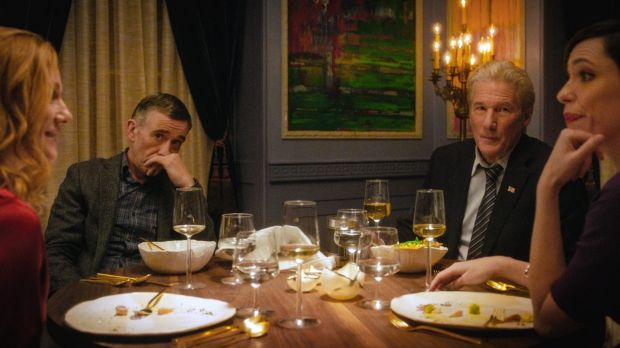 It's at times like these that I wish Rob Brydon was here.

Even though Coogan is among some heavy hitters here in the acting world, he manages to hold his own as Paul, the ex-professor of history. He is the jus, as it were, that sticks the other characters, and the story, together.

The problem with the film overall however, is that everyone involved is far too white and middle class to remotely care about. For the most part they are self-obsessed, arrogant know-it alls, with no redeeming qualities whatsoever. The irony is that the only character who appears to talk any sense is Stan, who just so happens to be a politician. Now even as a work of fiction, you should still attempt to maintain a certain amount of realism and believability.

Writer and director Oren Moverman also throws too many other elements into the pot, like Paul suffering from mental health issues, his wife a surviving cancer patient, his brother on the cusp of trying to get some legislation pushed through, and his sister-in-law miffed at being not only the second wife but also not the mother of their children. These extra details just get in the way of the story at hand, which is how they are to deal with their children's actions.

Like most menus in a fancy establishment, The Dinner has far too many courses than it needs, and when you finally reach the end, the whole experience has still left you feeling entirely unsatisfied.