Thanks to the many splendid advances in technology, any Tom, Dick, or Steven Soderbergh can make a film just by picking up a mobile phone. Whether it’s actually worth watching however, is another matter.

This film, starring and directed by James Franco, is based on a fascinating true story of two guys who met up, became friends, and decided to make a film. But they didn’t do things by halves, getting a professional crew involved with industry standard equipment. The resulting effort has gone on to become a cult classic. And The Disaster Artist goes some way in revealing how it did it. 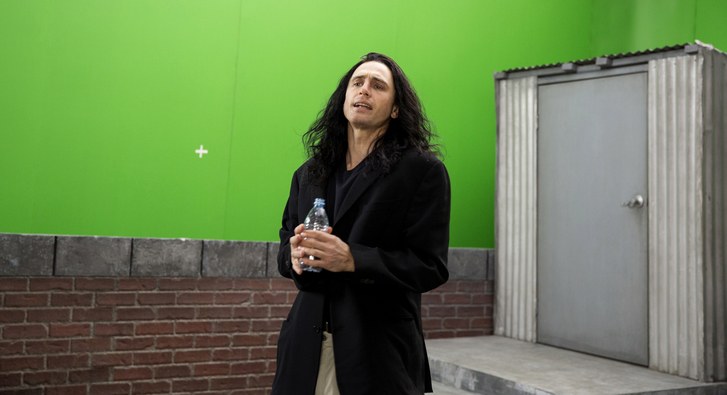 I don't understand, how can the sky be so green?!

After watching Tommy Wiseau (James Franco) put on a fearless performance in acting class, fellow thesp wannabe Greg (Dave Franco) meets up with him, and the pair quickly become friends.

Tommy is a curious character, claiming to come from New Orleans, but sporting an accent that is so unusual, it clearly places his origins much further afield. There also appears to be some mystery surrounding his age, with Tommy insisting that he’s far younger than everyone thinks he is, despite his clearly older appearance.

Still, Greg is swept up in his enthusiasm for acting, which is so infectious, that when Tommy tells him they should move from San Francisco to LA, Greg eagerly agrees. It turns out that Tommy actually has an apartment there they can move in to, and they can be roomies straight away.

After less than successful attempts to get jobs from acting auditions, Tommy comes up with a plan, deciding to write, direct and, along with Greg, star in their own film. True to his word, Tommy writes a script entitled “The Room”.

Once written he decides to get it made, hiring a professional crew with a budget that has no bounds. Although stunned that Tommy has the resources to go so far with his project, Greg joins him for the experience, as somehow two amateurs in the film world go on to do what many can only dream of: make a Hollywood film. 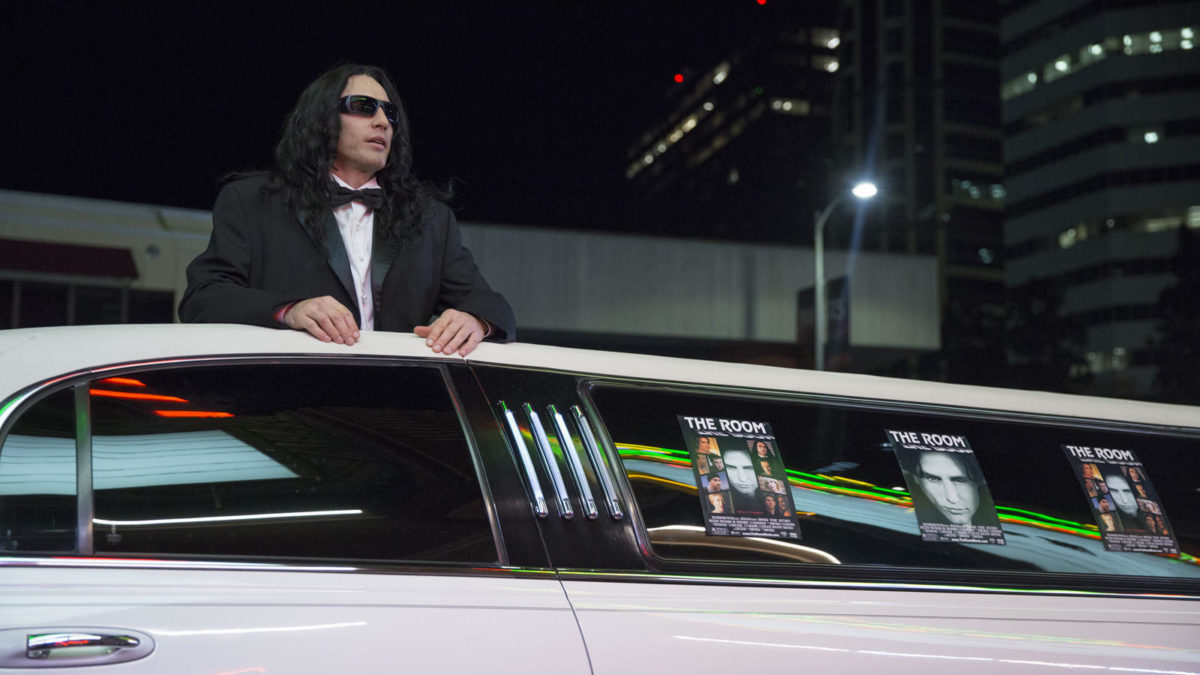 I'm still not convinced anyone would want to see a film about someone half man, half limo...

It’s difficult to believe that this could actually be based on a true story, but if you’re in any doubt, The Room is available to rent/buy, for all the world to see. And no doubt after watching this, you’ll need to hunt it down and view it for yourself. That’s what we did.

Franco’s film is a fond homage to a truly mysterious character and his blind passion for making his project into a reality. Franco’s performance could easily be ridiculed for being over the top, but if you hang around for the entire film, particularly its end credits where shots from his film run side-by-side with the real The Room, you can tell that Franco’s version of Tommy is based more in realism than caricature than you’d expect.

Franco, as an actor, has never really shined. The exception is his role in Danny Boyle’s 2010 127 Hours, where he was upstaged by the true awfulness of the event which audiences remember, rather than his performance itself.

Here though, his transformation into Tommy is spellbinding, which is clearly rooted in love for the character, without ever resorting to mocking him. He manages to be outrageous whilst still managing to be respectful, which is an awkward line to walk, but he does so magnificently.

Franco - James that is, not his brother Dave – should also get kudos for his direction, which he’s been dabbling in quietly over the years, without much success, but has come good here. He does seem to have gotten the bug, rather worryingly, as he’s already got four other films this year in the can, which is the sort of rate that you could well imagine his character Tommy doing. Still, if all else fails, he’ll always have this one.

The Disaster Artist isn’t your archetypal making-of-a-movie movie, instead choosing to lovingly retell a remarkable true story about a remarkable individual who made an overwhelmingly bad film, brilliantly. This then, is a brilliant telling of a how a bad film got made. So if you’re fan of film, this one – and then The Room itself, are not to be missed.