There’s every chance that you may not have heard of this historical drama, and yet it managed to be the second highest grossing film of 2020, earning an impressive $450,000,000 worldwide.

Of course the pandemic played its part, where it saw cinemas closed for lengthy periods in both North America and Europe, as well as the postponement of guaranteed blockbusters such as No Time to Die.

It was a slightly different story in China however, as it managed to keep its cinemas open and saw healthy audiences numbers; so much so that 2020 was the first year ever that China overtook North America as the world’s largest box office market.

And although it’s disappointing that this film didn’t get to strut its stuff on the big screen in the UK, its home entertainment release is one that really shouldn’t be ignored. 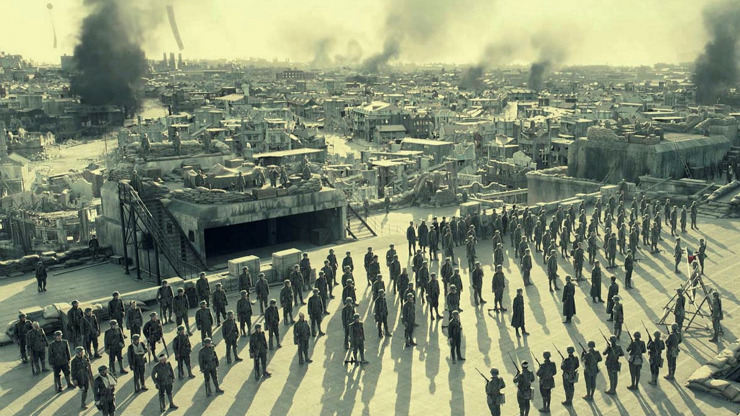 The new Ikea store opening was always going to draw a crowd.

1937 and it’s the start of the Second Sino-Japanese War between China and Japan. Lieutenant Colonel Xie Jinyuan (Chun Du) finds himself and his men of the 88th Division of the National Revolutionary Army pinned down on the bank of the Suzhou Creek, in the Sihang Warehouse.

Jinyuan was smart enough to let it be known to the enemy that they were eight hundred strong, when in actual fact their real number was around half of that.

With the Japanese keen to take control of the warehouse, and neutralise any threat, the soldiers inside found themselves constantly under attack, often with nothing but their national pride to spur them on and make their country proud, as they faced incredible odds of survival. 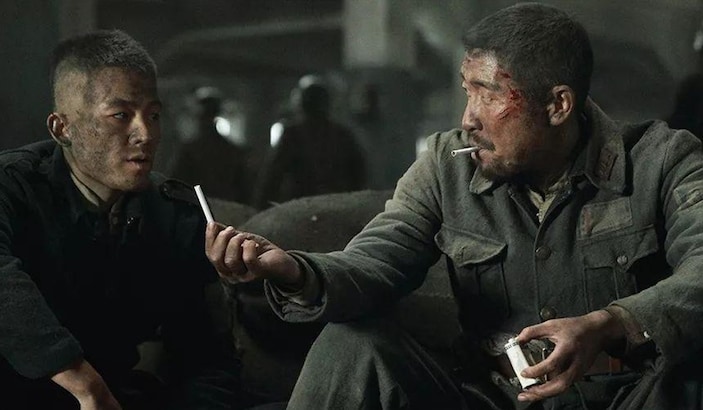 No really, they're made out of chocolate, if you're diabetic I'd forget if I were you.

There is one word that can be used to describe director Hu Guan’s take on this remarkable historical event, and that is epic. It may well be a Chinese production, but it manages to resemble a classic Hollywood war film with its grandiose scale.

Not only does he convey the claustrophobia that comes from sitting tight in the warehouse, but also the very real fear of mortality, or more to the point, the fragile nature of it, especially in war.

His vision is also quite breath-taking, with some lavish cinematography, which includes the greyness of war on one side of the creek, and the colourful spectacle of Shanghai, with its citizens watching on, on the other. It’s a juxtaposition that he relies on a lot, and one that works exceedingly well.

There’s also a curious green hue that often graces the film, almost giving it a surreal quality with a hint of end of the world sci-fi, which really should be jarring, but somehow manages to work.

And one area where it certainly does impress is with some incredible set pieces. Guan shows real flair with the kind of action scenes that could put Hollywood to shame, with explosions aplenty.

It may well be a film that hasn’t appeared on your radar, but after viewing it – and you really should – its spectacular widescreen presentation of war, in all its gory glory, is one likely to haunt you for some time to come.