If you’re anything like us, you have spent many a sleepless night pondering matters of high concern. For instance, will they kick Apu out of Springfield? Is it worth having Amazon Prime? Who is a better Barry Allen – Grant Gustin or Ezra Miller? The one that causes the biggest debate though is, how did the purge happen in the first place?

With a trilogy of films ignoring the question, James DeMonaco, who created the franchise, has finally decided to give the inquisitive public what they want: a Purge origins tale, with this prequel. 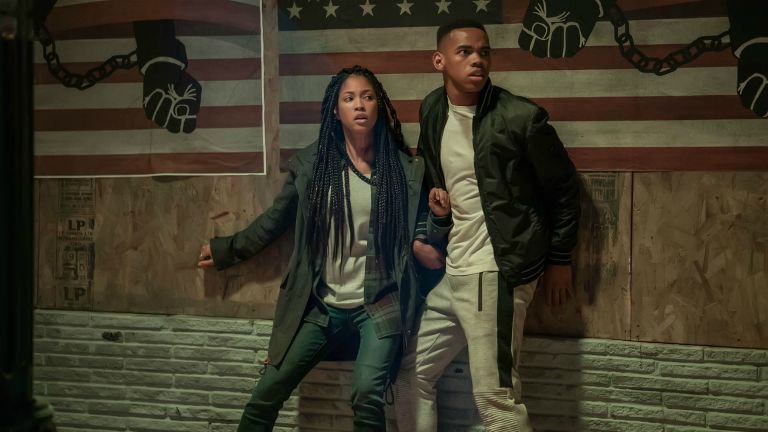 It’s the near future, which isn’t now, but kind of soonish, and the United States is going through huge change politically. A new party has been born, the New Founding Fathers of America (NFFA), and they have quickly risen to power.

They are keen to make sweeping changes, and they have an experiment that, if successful, could go countrywide.

It’s to take place in Staten Island, a borough of New York City that suffers from its fair share of poverty, crime and unemployment. For a period of 12 hours, the usual laws of the land cease to apply. This means that all crimes, including murder, can be committed without any comeback.

Residents of a housing project, brother and sister Nya (Lex Scott Davis) and Isaiah (Joivan Wade), are keen to not get involved, with Nya imploring her brother to leave the district. But when his path crosses that of crazed Skeletor (Rotimi Paul), Isaiah’s plans quickly change, and by association so do those of his sister’s, as the pair get pulled into the dangerous world of what is quickly named the Purge. 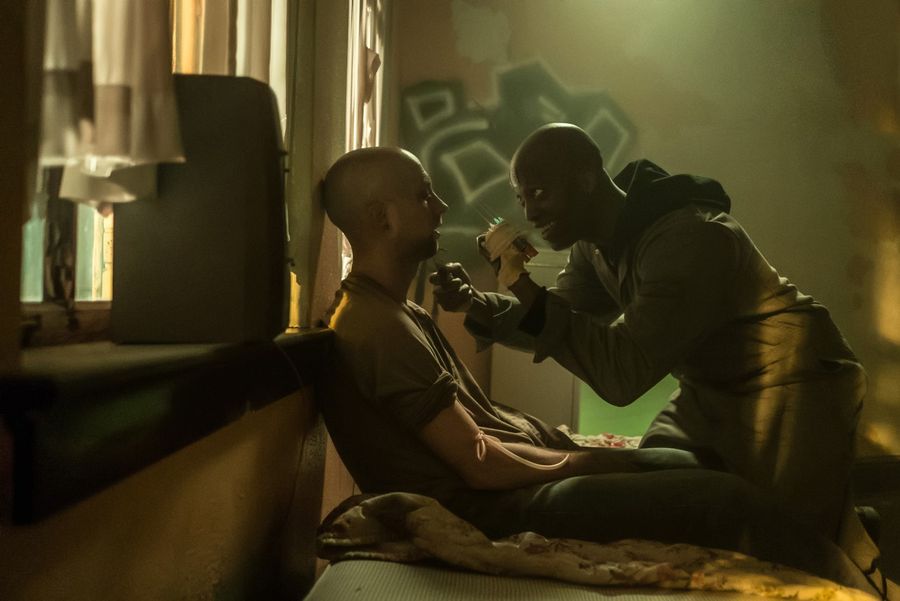 Honestly, I am a professional tattooist. Probably...

Whether dictated by the current, curious political mood or not, this franchise has seen a resurgence of late. Not only do you have this prequel, but there’s also a TV show that has recently aired. This maybe down to the fact that many are concerned the current POTUS may be so enamoured by the concept, that he adopts it himself – and thereby claiming that he thought of it first all along – and pass it as an actual law. Let’s face stranger things have happened.

DeMonaco’s idea of going back to the start is an obvious one. It’s just a shame that the execution is on the bland side. His script offers the briefest of reasons – mainly a rise in crime and population – with such broad strokes. It is not attributed to one person, nor is the real reason behind it offered. Therefore you have a vague, general State of evil as a baddie, as opposed to a singular villain.

It’s setting has a kind of Escape from New York meets The Hunger Games, so therefore really should have been called The Anger Games. There are some nice performances on show, mostly from Davis, Paul, Y’lan Noel as gang leader Dmitri, as well as Mugga, who, as Dolores, offers some well needed humour.

In a world of ultra-violence however, the action scenes are bereft of ingenuity and hardcore massacres. It’s just a little too PG, provoking nothing more than mild bouts of interest. If the Purge was to really happen for the very first time, you should, at the very least, turn the violence all the way p to eleven.

Ultimately though, more worryingly, it feels like it may be more of an insight of what’s possible to come, and even worse a guide to produce it by those in a position of power, rather than a piece of entertainment. You saw it first here, folks.