Since politics actually became a thing, the word has been synonymous with scandal. It’s got to the point now however, where the words almost mean the same thing, particularly where the current POTUS is concerned.

But someone who didn’t quite make it the White House was Senator Gary Hart, who, in the 1988 Presidential race, looked the closest thing to being a dead cert to be the next president. 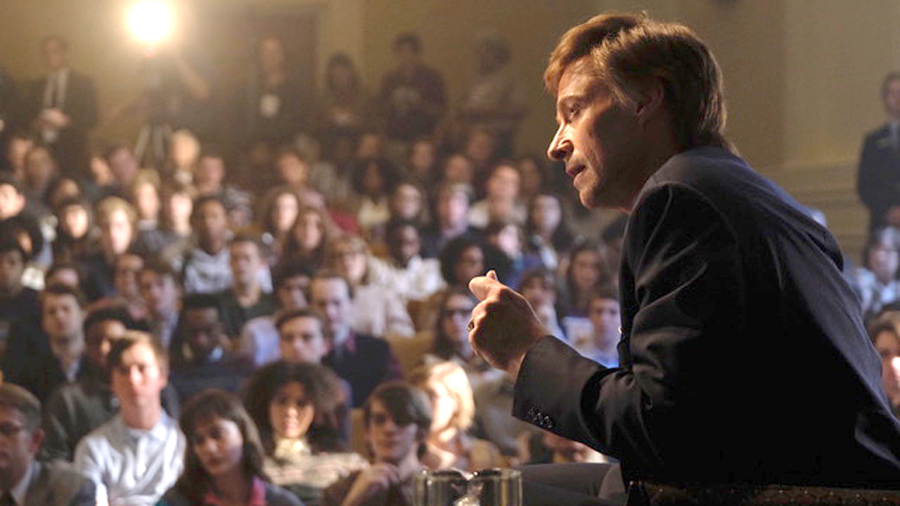 Does anyone have a question not about Wolverine?

Throwing his hat into the race to become the next President of the US of A is Democrat Senator Gary Hart (Hugh Jackman). His numbers are so good, that he’s labelled the front runner. As a family man with classic good looks, charm and the policies he’s running on, it’s easy to see why.

But with such popularity comes an immense scrutiny, particularly from the press, as they put your entire life – both public and private – under the microscope, with the intention of publishing anything that comes to light, regardless of any repercussions they might have.

So when they get handed a tip that this all American family guy is having an affair, they feel they owe it to the public to dig a little deeper for the story, for what could possibly be career-ending dirt. 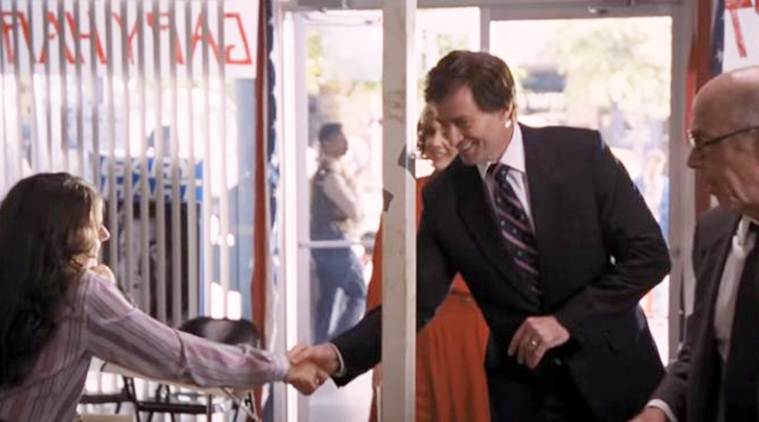 Quick as you can Dave, get me the sanitiser.

Jackman leaves his singing voice and retractable claws indoors to play one of the major players in the ’88 elections. He certainly has the necessary looks for the role, playing this seemingly clean-cut Senator, until his world falls apart with accusations of adultery.

There’s also some snappy dialogue to be heard along the campaign trail that could be best described as Aaron Sorkin lite.

Where director Jason Reitman’s film stumbles however, is in the protagonist’s fall; if anything the film ends just at the good bit, where not only he and his family, but the entire country, have to come to terms with his actions. It’s a bit of a cop-out to simply let history pick up the slack, but that’s essentially what happens here.

Jackman certainly gives an appealing account of the Senator during this period; he plays him as if he was an opportunity lost for the US, and that his moral misdemeanour then, may well have boosted his chances today if he ran now.

Ultimately though, it presents a somewhat timid story of a politician having an affair, which in the current clime of President’s groping female private parts, is more of a rites of passage than an unforgivable episode. A sad sign of the times indeed.

It’s not Reitman’s fault that the story is of its time, but it’s probably a fair indication that if current audiences are presented with a political scandal, it needs to be a lot meatier than this to win their vote.