The Gangster, the Cop, the Devil

With the South Korean film industry currently not only booming, but producing some terrific features, It’s great to throw another name into the mix - Lee Won-tae.

And for his second film, he goes extra large with a tale that would be hard to swallow, if it wasn’t for the fact it’s based on real events. 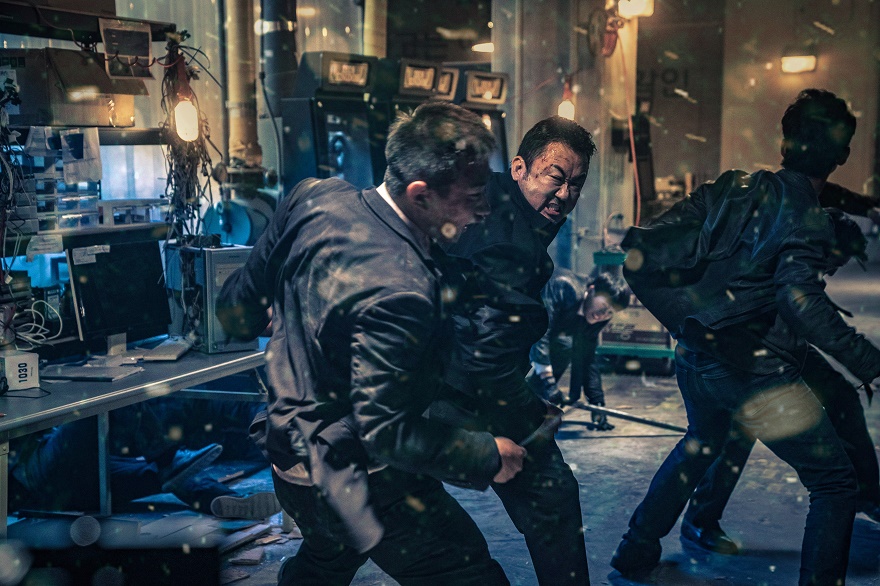 What did I say about talking about my mother like that?!!!

Jung Tae-seok (Kim Moo Yul) is a South Korean cop that is keen to catch the bad guys, whatever the cost. But he finds himself fighting his own system, with the police department rife with corruption, more often than the criminal element, who are smug with having cops in their pocket.

The dynamic changes however, when a number of murders take place, which the police eventually identify as a serial killer on the loose, with one of the crime bosses, Jang Dong-su (Don Lee) ending up almost a victim.

As he was lucky enough to survive the attack, it means that he’s the only person alive to see the face of the deadly assailant. With this crucial evidence, an unlikely alliance between the criminal fraternity and the police is forged, with one unique aim, to hunt down the killer. 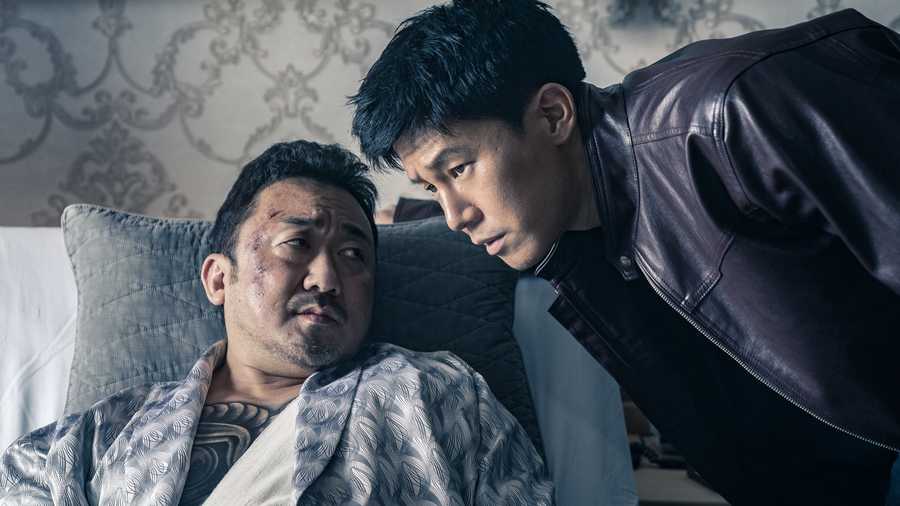 it's just that I wanted the green grapes is all, the others make me feel sad.

There’s more than a hint of the Hollywood buddy cop flicks of the eighties about Lee Won-tae’s latest; the cop character, a maverick, is not a million miles away from Mel Gibson’s Lethal Weapon Martin Riggs. Sure, the psychotic behaviour is dialled down, but he also doesn’t let a little thing like the law get in his way.

The development with his criminal element is also appealing, as the two polar opposite opinions slowly find middle ground.

Not only is it wonderfully slick and pacy, the car chases give it an extra retro feel, that’s all too pleasing.

There are two aspects to the story that are worth bearing in mind; the first being that an event like this happened in the first place, and the second that it was brought to the screen with such style. No wonder that it’s already been snapped up by Hollywood for a US remake of it; the only concern being Sylvester Stallone’s involvement, which means it could go either way.

Still, whatever happens, this original can easily hold its head up high, as being a thoroughly entertaining entry in the buddy cop genre, albeit one with a juicy, criminal twist.