The Girl in the Spider's Web

If ever there was a cinematic female character to rival Bond, it would be Lisbeth Salander. Like Bond, she first started life on the page, in Stieg Larsson’s series of novels.

But the closest similarity however, must be her ability to be played by multiple actors over a number of years. Here then, is her third iteration, played by British actor Claire Foy. 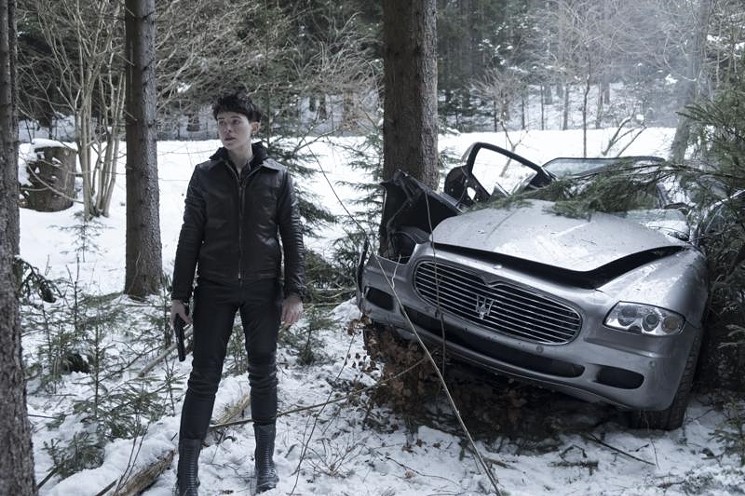 Well there goes my No Claims bonus.

Living a fairly basic life in Stockholm, Sweden is Lisbeth Salander (Foy). She may not be the life and soul of any party, but she’s a hotshot hacker with skills up her sleeves.

With such an impressive reputation, she’s approached by programmer Frans Balder (Stephen Merchant) with a job offer. He wrote the kind of program that could put Alexa to shame: he created code that could control any online system, including accessing any government’s nuclear weaponry codes. The program, called Firefall, is currently in the hands of the US National Security Agency, but Balder no longer believes such code should exist and therefore wants it back.

This task easily falls within Lisbeth’s skillset, and she manages to hack into the NSA and retrieve it.

Special Agent Ed Needham (Lakeith Stanfield) is less impressed however, and traces the hack to Stockholm, where he jumps on the next available plane to.

Despite Lisbeth having the code, she doesn’t have the key to open it. On top of that, with it somehow being open knowledge that the code is now back on Swedish soil, a target is firmly fixed on Balder and his young son.

Lisbeth soon finds herself in the crosshairs of an unknown foe, who are determined to have such a powerful tool in their control, and are prepared to do anything to get it.

After Swede Noomi Rapace and American Rooney Mara played the role of Lisbeth, the last person you would expect to take over would be her Madge Claire Foy. She may well have played Queen Liz II in The Crown on Netflix, but after five minutes on screen in this Nordic thriller, you can almost see no one else ever playing the part. That’s canny acting for you.

The film is billed as being not only a sequel to David Fincher’s 2011 The Girl with the Dragon Tattoo, but also a soft reboot of the franchise, whatever that might mean. What’s important to note however, is that you needn’t have seen any other version to enjoy this one. It certainly won’t hurt if you have though.

The film, directed by Uruguayan Fede Alvarez (2013’s Evil Dead and 2016’s Don’t Breathe), is a pleasing addition to the franchise; not only does it deliver in the thrills department, but the backdrop of Stockholm is filmed in a cinematic, Bond-esque fashion.

Much of its success is owed to Foy however, who gets under both the biker leather and skin of the leading protagonist. She also shows no fear in what is a fairly unglamorous role, and gets her hands even dirtier with some hardcore action sequences, which it has to be said, she probably didn’t get the opportunity to do that much of in the Netflix show.

Although the story works well, Alvarez lets the pace slack a little too much in the middle of the film, giving it a noticeable slump.

That said, Lisbeth’s return is a welcome one, not only with an absorbing story, but playing a strong, female character who doesn’t have to rely on pretty frocks or looks to supposedly hold your attention.