Hollywood, much like the US immigration policy, isn’t all that welcoming to foreigners. There are always caveats of course, the main one being if US audiences liked what they saw on screen. This has made superstars of everyone from Ingrid Bergman to Arnold Swarzenegger.

Someone who has won over both directors and audiences alike in the US is Javier Bardem. With his chiselled good looks and mix of charm and intensity, he has been greeted with open arms not only Stateside, but all around the world.

Of course his homeland of Spain, with its thriving film industry – of which he is such a key component currently – is still a place he’s keen to continue working, as this latest film proves. 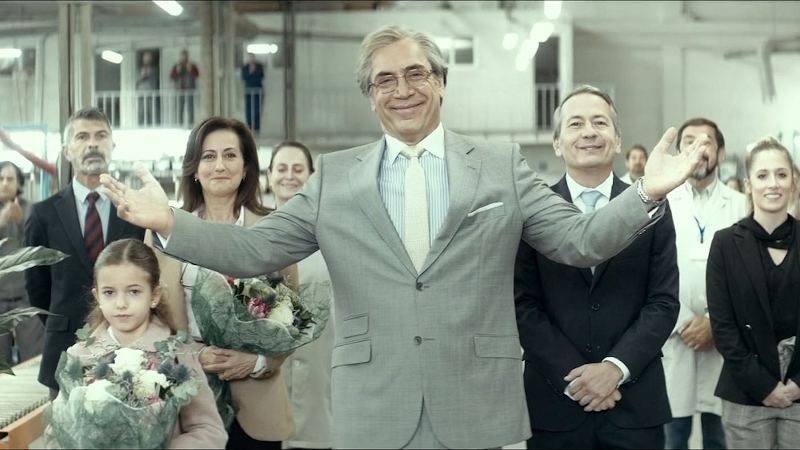 No really, this is hell, and we're the welcoming committee.

Welcome to Blanco Scales, a company that just makes scales. Its proud owner is Blanco (Bardem), a man with a strong work ethic, who can often be heard telling his staff, their problems are his problems.

Over the period of a week or so, never a truer word is spoken, as he has to handle a number of work related issues that just so happen to have a knock on effect on his personal life.

It couldn’t happen at a worse time either, as the company is up for a prestigious award, and there are inspectors due any day now to check out how smoothly his company is running. And right now, it isn’t smooth at all, so it’s down to Blanco to resolve issues – and fast – whatever the cost. 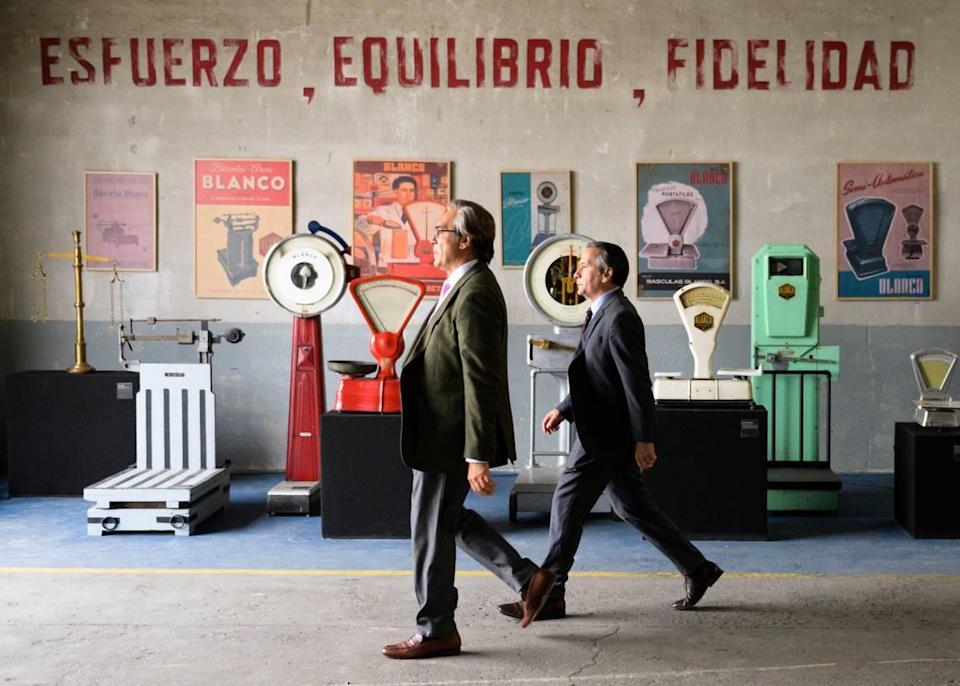 Oi Dave, the fella in front looks like he could do with losing a few pounds.

Both Bardem and director Fernando León de Aranoa must have had an agreeable time working on 2017’s Loving Pablo, that they decided to work together again here, on a totally different beast.

Occasionally this film feels like a farce in the making, with scenes set up for comedic effect in the work place. Although it doesn’t hit every note right, it’s still fairly fun. Where it struggles is with a few grinding gear changes, from comedic to the dramatic, that it doesn’t pull off.

Some of the material is all too clichéd, including looked down upon office romances; Blanco finds himself entangled with an intern, which appears he has previous, which leads to further embarrassment when its revealed he knows the family. It lacks any subtlety and comes across as awkward and inappropriate more than anything else.

There’s also a curious ambiguity towards Bardem’s character; he displays acts of kindness as well as dubious work choices, making for a flawed character that is difficult to connect with.

It’s ironic then that a film about man who owns a scales factory, is so unbalanced when it comes to its plot; with it being heavy handed on both the comedy and the drama front, it’s a film that could easily leave an audience nonplussed.

Its one saving grace however is Bardem; he may play a character who is difficult to empathise with, but his powerful screen presence is just enough to see you through. There are average films that get lifted by a strong leading performance, and this is one such film.

That said, it’s far from his best work, but much of that comes across as being down to a case of uneven directing, so the blame can’t solely lie at the feet of Bardem.

It’s an interesting story that clearly suffers from some issues in the workplace of its own.