There seems to be a worrying trend for all things true crime of late; it was prevalent with the release of the Netflix documentary The Tiger King, and hasn’t really let up since. If anything the appetite for such morbid material has only increased with the rise in true crime podcasts.

Netflix, clearly knowing their market, have prescribed this chilling tale, based on the true crime book of the same name by Charles Graeber. 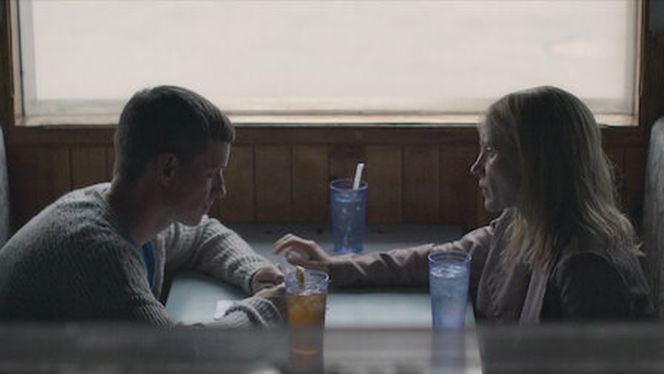 I'm sorry but I don't think an Oscar is on the cards for this one.

Nurses are underpaid and overworked. Fact. But for Amy (Jessica Chastain), a nurse working in the ICU of a New Jersey hospital, her load is about to get a little lighter on the night shift as her boss as seen fit to hire a new member of staff to help out, the highly recommended Charles Cullen (Eddie Redmayne).

Amy is not only grateful for the help, but also thankful that Charles is such a caring individual, to both Amy and her two young children, so much so that they become friends.

She even lets him in on her secret, that she has a severe medical condition that means that she shouldn’t be even working, but has to, for at least another four months at least, so that she can then qualify for medical insurance. Charles understands her predicament, and far from informing on her, he promises to help out anyway he can, so that she can make it to the four month mark. Now that is a true friend.

But when a patient dies on their watch, in what two detectives deem suspicious circumstances, Amy is lead to believe that Charles may not be as good as he makes out. 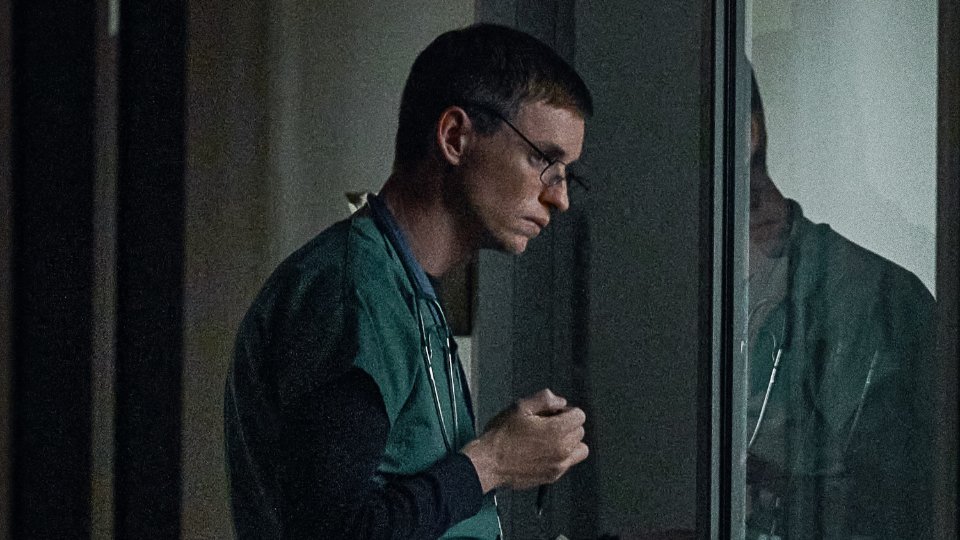 I wish I had that Pot Noodle now.

This is a film that is both unbelievable and horrifying in equal measures. Not so much in what took place under the roofs of these medical facilities, but the fact that the management had an inkling it was going on, but turned a blind eye to it, believing that they would be opening themselves up to hideous lawsuits.

And that’s the angle that Danish director Tobias Lindholm leans into, as not only does the film feature a very low body count, as it were, but also never focuses on the deed at hand. So, for the most part, Redmayne continues his almost annoyingly well-mannered shtick that has gotten him thus far in his celebrated career. And then it flips, and then you understand why Redmayne took the role, as he not only gets to be menacing, but it also puts the rest of his performance to that point into perspective. Not that he put a facade on in anyway, but his turn certainly provides evidence that not only that evil can come from anywhere, but that it can also be real difficult to detect, proving that anyone can be a monster.

It’s this relationship between Chastain and Redmayne’s characters- which is purely a plutonic friendship – that’s the driving force of the film, so it’s just as well that both of them give a fine account of themselves.

There is an argument that the film is a little top heavy, only revealing the full extent of the horrors that took place right at the end of the film in its closing scenes. But Lindholm wanted to have the audience on board with Charles being a stand up guy for as long as possible, with the purpose of magnifying his heinous acts all the more with its finale.

Clearly Netflix were invested in the story – literally – as they also produced the documentary Capturing the Killer Nurse, which might just push fans of true crime over the edge.

As far as the film is concerned, Lindholm’s take may be just too subtle for many, especially when the film only presents a couple of incidences, with the final toll being staggeringly higher. It may have all been done intentionally with a soft focus approach, but it still lacks that killer sharpness nonetheless.