There have been reports surfacing of late that Netflix may well be having some issues with losing subscribers. They appear to be throwing more money at projects than they’re making back, which isn’t the best business model.

They’ve been losing money for years, so what do they do? Well, they go and produce an original film that boasts the biggest budget they’ve ever spent of course, around $200 million. To put that in some kind of context, the recent Tom Cruise sequel Top Gun: maverick had a budget of around $170 million.

So the question has to be: was it worth it? 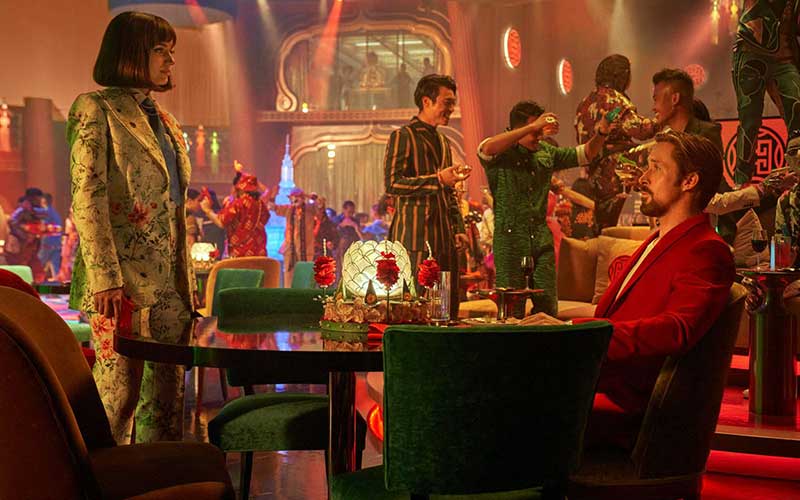 So you're the new Austin Powers huh?

It’s 2003 and a guy, who will be known as Six (Ryan Gosling), is in the Florida State prison. He has a visitor, Donald Fitzroy (Billy Bob Thornton), a CIA official, who has a proposition for him: although he’s in for murder, he has the power to get him out; all he has to do is sign up for his Sierra programme. With few choices in front of him, he agrees.

It transpires that what he exactly agreed to was to be trained as a killer, who will operate within the gray (sic) margins of the law.

18 years later and Six, now a serious asset, is on a mission to hunt down a target allegedly preparing to sell official national security secrets to the highest bidder. Six manages to get hold of these secrets, on a drive inside a medallion, but he’s not the only one who wants them, which leads to a trigger happy mercenary by the name of Hansen (Chris Evans) making him his number one target, which means hunting him down, whatever the cost. 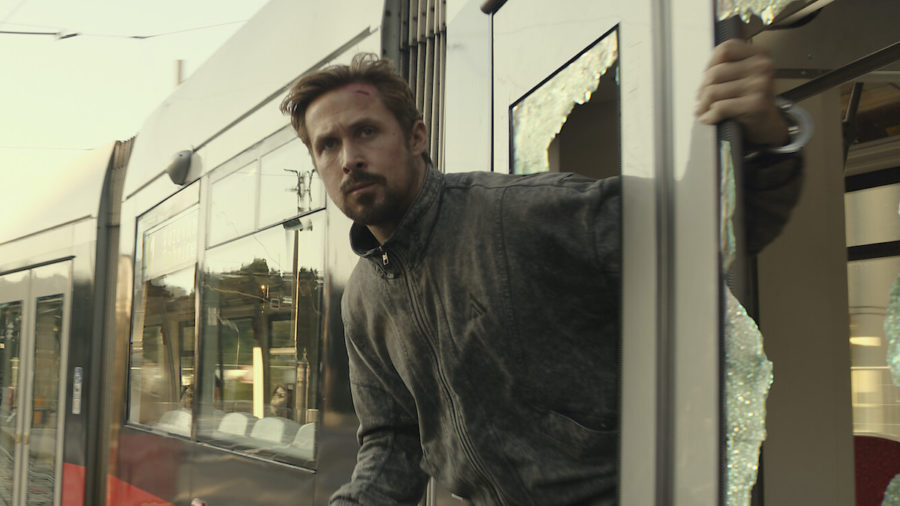 Now am i going to make my connection to Barbie Town?

As you would expect from the brothers Russo (Anthony and Joe), who have helmed two Captain America films and two Avenger films, this is a film on a fair old scale. Hence the £200 mil budget. It has the action template and budget of a Bond film, but lacks its flair and nuances.

There’s no denying it’s a fast paced action flick, with some impressive set pieces, and yet the script is unremarkably unoriginal and clichéd. You know how you can get knock-offs of fashion items like bags and such? They do a fairly good job in replicating the original, but there are a number of tell-tale signs that it’s not the real deal. The same can be said of The Gray Man. It’s obvious that it has giddy aspirations to be in the same realm as 007, but it’s just lacking that finesse to get it over the line.

The MacGuffin that fuels the film, the essential drive, is also so obvious and derivative, it wouldn’t feel out of place in an episode of Scooby-Doo.

Evans certainly relishes playing the villain, and does a fine job of it too as all signs of Cap'n America are seriously squashed, but as charming as Gosling is, his performance is laconic and perfunctory; he needed to put his own stamp on the character, instead of the inferior Bond facsimile he ultimately delivers.

And Bond ‘girl’ Ana de Armas, although pleasing to watch, is essentially playing an extension of her 007 character, and offering very little more than that.

Still, the action sequences are brash and ballsy, with some impressive locales that really wouldn’t look out of place in a Bond flick.

But if this is supposed to serve as a lifeline for the ailing Netflix company, then this sadly feels that it falls some way short, seeing less gray and more into the red for the struggling streaming service.