One of the go to stories in cinema history over the years has been that of Arthurian legend. No wonder as it’s rich with characters and spectacle, as well as highlighting some pleasing round furniture.

David Lowery’s film takes place in the same universe, but focuses on the anonymously written tale Sir Gawain and the Green Knight, which is almost a spin-off from the main story if you will. 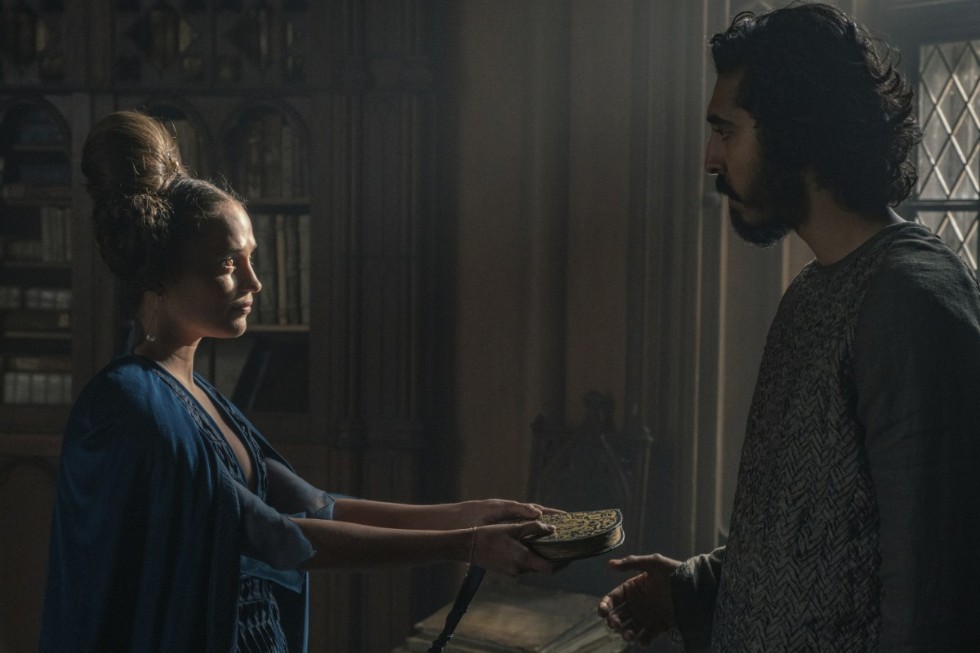 It's just a few Hob Nobs to keep you going.

Despite being the king’s nephew, Gawain (Patel) is a bit of a player within Arthur’s court, with a carefree attitude towards almost everything. Things change however one Christmas Day, when the mysterious Green Knight enters court, with a challenge; any knight capable of striking a blow against him will win his green axe. However, that same knight must venture to his chapel in exactly a year’s time to receive exactly the same blow from him.

As you would expect, none of the knights are that keen on accepting the challenge, so Gawain decides this is his moment to prove himself. He does as requested, and doesn’t think much of it initially, but the burden hangs heavy with him as the months pass, as it slowly sinks in that he and the Green Knight are bound by destiny to meet again. 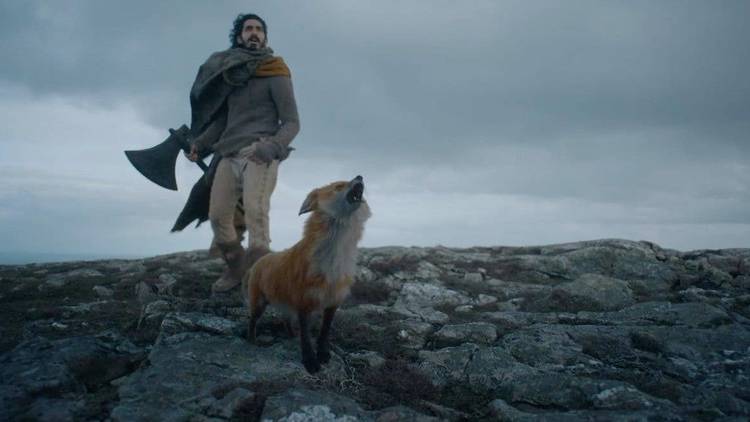 That's it Foxxy, tell those darn pigeons where to go.

It’s not long into this film that you soon realise that Lowery’s film has an allergy towards any form of light; it is a dark world by all accounts, and even when Gawain is traversing the outside world, it is a bleak landscape everywhere he turns.

There’s a method to the US director’s palette choice however, as he is keen to present his world as an organic entity, rich with browns and greens. It certainly has a visual theme, but it could have done with just a splash or two of colour.

The narrative is fairly straightforward, with Gawain’s adventure being episodic; just as he ventures into one specific storyline, he moves on to the next. Some of these are more appealing than others, with one or two feeling a little stretched out for their own good.

Patel, as usual, is in top form, delivering a mature and nuanced performance; he makes it easy for an audience to stay on his side, despite his choices in the matter being questionable.

There are two elements that let the film down somewhat; one of them is the physical representation of the Green Knight himself, who eerily resembles characters from Game of Thrones, and the other is his voice, as delivered by Ralph Ineson, who sadly still sounds like Finchy from The Office, which makes the Green Knight far less threatening a proposition.