On average, it takes between three to four months to shoot a Hollywood film. There are of course exceptions, with Richard Linklater’s 2014 Boyhood certainly being a contender for the longest, with it taking over 12 years to shoot.

This latest film from Antoine Fuqua, once again teaming up with his Southpaw star Jake Gyllenhaal, could be up there as one of the shortest as remarkably it only took 11 days to shoot. It certainly helps that it was shot entirely in one location, a call centre, with Gyllenhaal behind a desk for most of its duration. 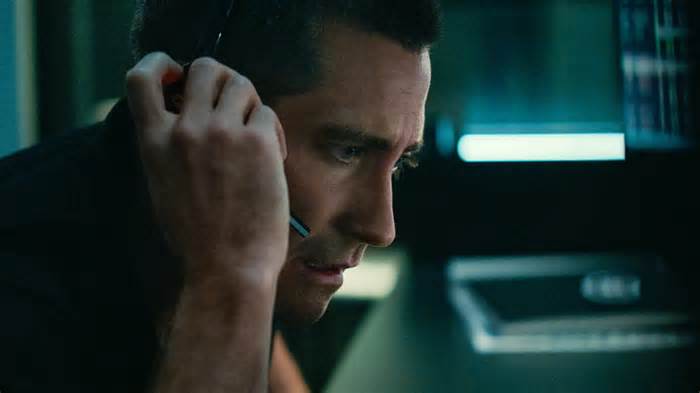 What's that, you actually have PS5's in stock?!

It’s going to be a busy shift for the 911 communication officers in LA with a wild fire spreading fast across the land. Certainly operator 625, Joe (Gyllenhaal) is already feeling the heat when he gets a call from a woman who has been abducted and is currently travelling on a LA highway. Joe tries to get as much information from her as possible as Emily (Riley Keough) pretends she’s on the phone to her children.

Of course it’s not made any easier with her abductor next to her, with the calls getting cut off. Joe does his best to get the CHP involved (yes CHiPs!), but with fairly vague Intel, there’s not much for them to go on.

On top of that, Joe has plenty of stuff going on in his personal life, including being separated from his wife and daughter, and a day in court for events that took place as an LAPD officer, before being taken off duty and placed in this call centre. Although it appears that he’s failing both personally and professionally, he’s determined to help save Emily, even if it means bending the rules. 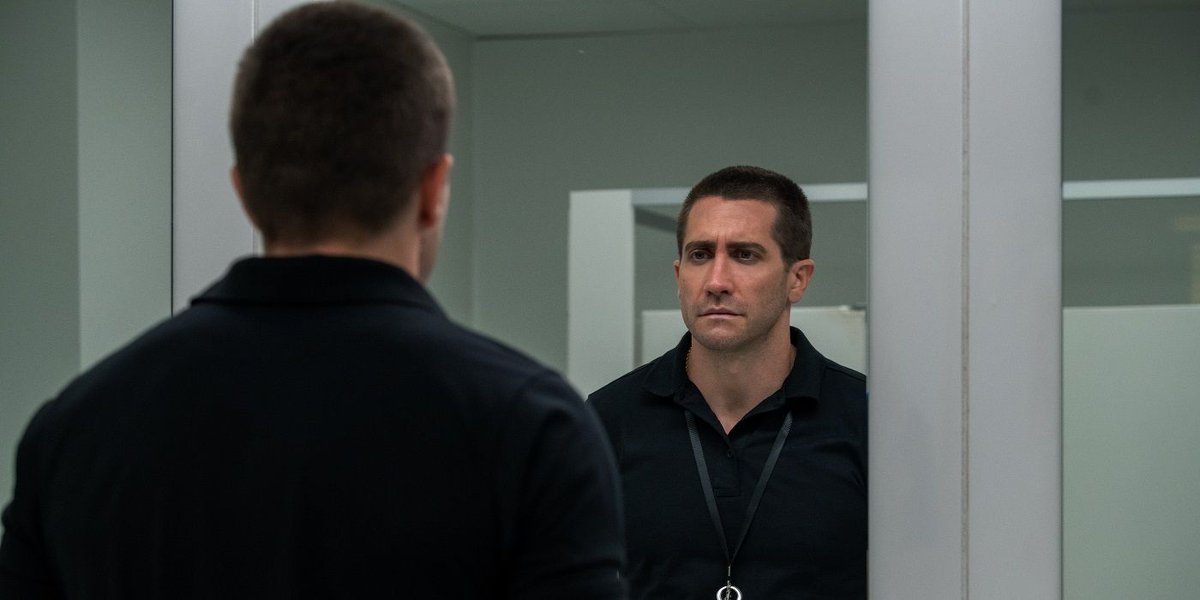 This guy's good, I don't think he's ever going to blink.

If this premise sounds familiar that’s because it’s a remake of a 2018 Danish film of the same name (with its original Danish title Den Skyldige). This version sticks very closely to the original, although that one took longer to shoot, an extra two days at that.

Fuqua’s version is certainly gripping; Gyllenhaal gives a convincing performance, especially when you consider that he’s mostly playing off of a voice on the other end of the line. The character’s level of professionalism is up for debate however; these calls are said to be monitored, which means Joe is pure out of luck, and should get a call from HR any day, as he’s not really a people person, with a really stinky attitude. At least Gyllenhaal can’t be accused of phoning it in.

Fuqua, who apparently directed remotely from a van outside the set for the duration due to COVID restrictions, pushes the realms of believability to almost stretching point, but gets away with it, just, with a compelling narrative, which has a nice twist waiting for its audience towards its finale.

It may not be original, but The Guilty is a satisfyingly claustrophobic watch that is likely to keep you hanging on to the very end.