Time is precious. Which is why there’s this almost crazed mentality to make things quicker. Everything from making your kettle boil ASAP, to your plane journey taking that bit less to get to its destination.

Obviously the one area that the whole world could benefit from is a quicker presidency in the White House, but those brain boffins haven’t quite worked that one out just yet, sadly.

But it’s not just time that can be saved by being quicker, it’s also money. Or as this film smartly illustrates, not just saved, but more crucially, made. 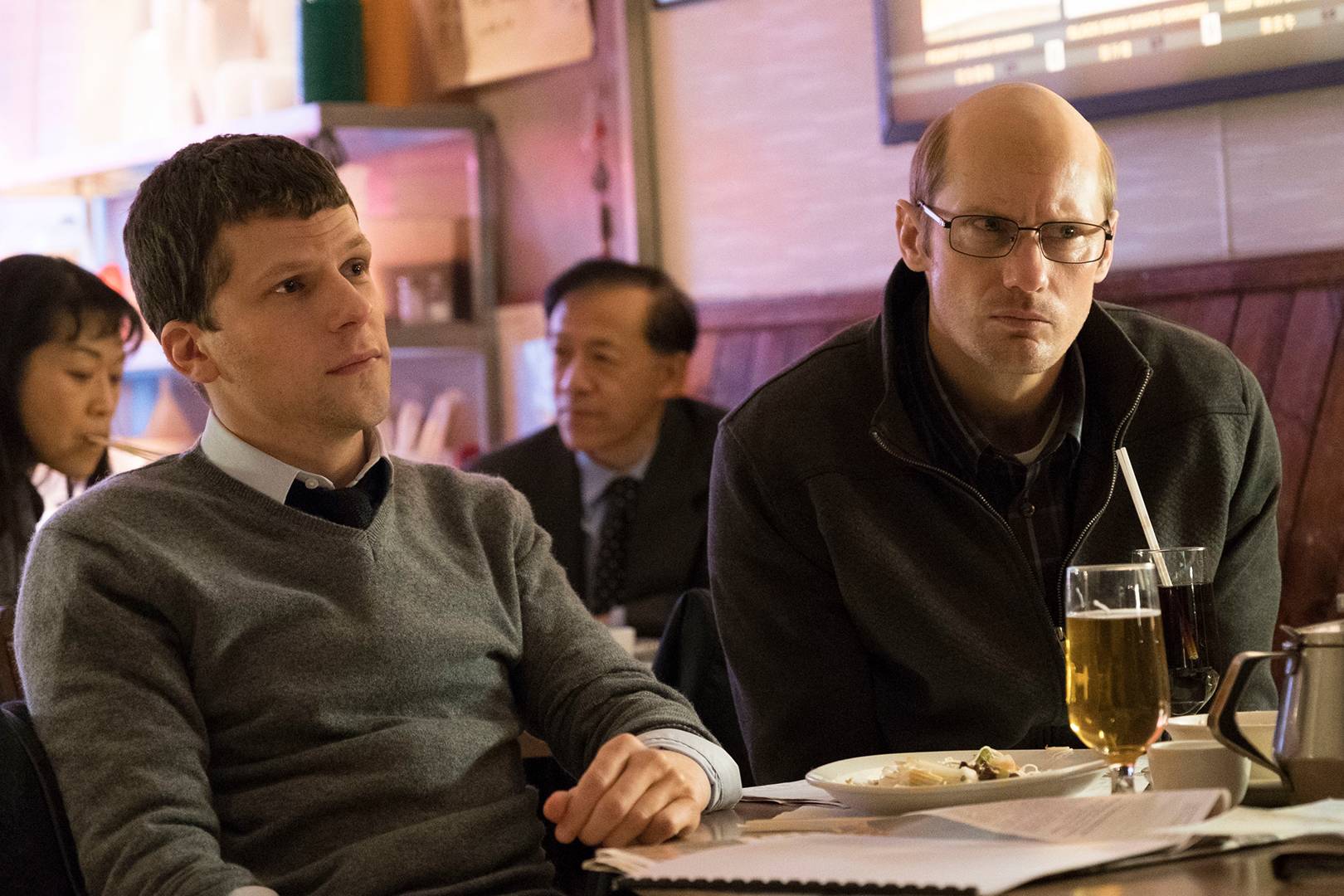 The dessert specials are, well, anything you like, as long as it's apple pie.

Working in Wall Street, it’s not the selling and buying of shares that’s important, it’s the when to buy and sell that is key. Working for a powerful NYC trading firm are cousins Vincent (Jesse Eisenberg) and Anton (Alexander Skarsgård) Zaleski. They currently help their firm make millions. Vincent decides that with his business acumen, and his cousin’s brains, there’s an opportunity to branch out on their own and make some money for themselves.

All of Wall Street, and thereby all of the markets around the globe, rely on time. But what if you could provide a service that can update the relevant information quicker? Vincent believes that the pair could build an optical line underground, in a perfect straight line from the stock exchange in New York, to the one in Kansas City. By doing so, by speeding up the transfer of information by a mere millisecond, they could make billions.

Their sudden departure from the firm rings alarm bells for Eva (Salma Hayek), their now ex boss, raising suspicions of her own that they are up to something fishy. If they are, then she not only wants to know about it, but do something about it.

With the help of engineer Mark (Michael Mando), Vincent and Anton begin the mammoth task of buying and digging the land needed for their vast line, unaware of Eva’s spies tasked with discovering their huge, money-making plans. 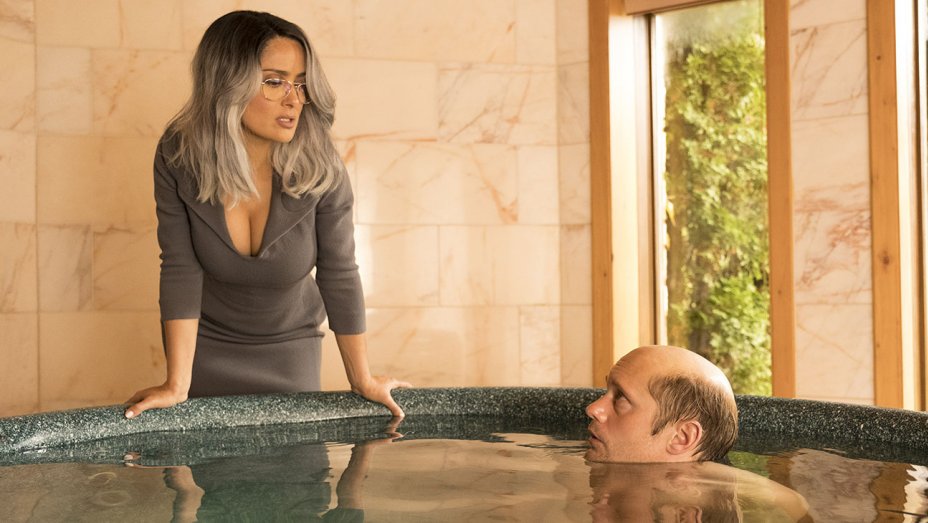 So someone told me you lost the soap?

This film is one of those titles that initially at least, may come across as being on the grey side. Let’s face it, it’s difficult to get excited over, what is essentially, a glorified phone line getting laid.

But Canadian director Kim Nguyen, with his self-penned script, wisely focuses on the relationship between the two cousins, and less so on all the science stuff.

Eisenberg and Skarsgård, although related in the film, play two very different characters. Vincent has the vision, the charm and business savvy, to drive them where they need to go. Anton however, is the tortured genius, who makes up for his lack of social skills by having a brilliant mind. This Yin Yang relationship they share is the heartbeat of the film.

Appearing in almost the capacity of an evil super-villain is Hayek; the only thing missing from her performance as a conniving and devious soul is the Blofeld cat. It’s difficult to know what is more troubling – the fact that she plays evil so well, or that she seems to revel in it. Either way, it makes for a watchable performance.

Eisenberg gives a solid, likable turn, as he’s so inclined to do, but there are a few unexpected laugh out loud moments from Skarsgård – who shows surprising flair for comic japery – that alone make the film worthwhile.

Together however, with what feels like a brotherly bond that is almost Rain Man-esque, they manage to lift fairly dry subject matter, into warm and appealing territory.