With nearly a hundred roles under his belt, Dennis Quaid has certainly been around the Hollywood block. He made an impact with his early roles in the eighties, with the likes of The Right Stuff, The Big Easy, Great Balls of Fire! and Innerspace.

The last ten years haven’t been too kind in terms of meaty memorable roles however, so he’s trying a different tack with this latest role, by playing the baddie. 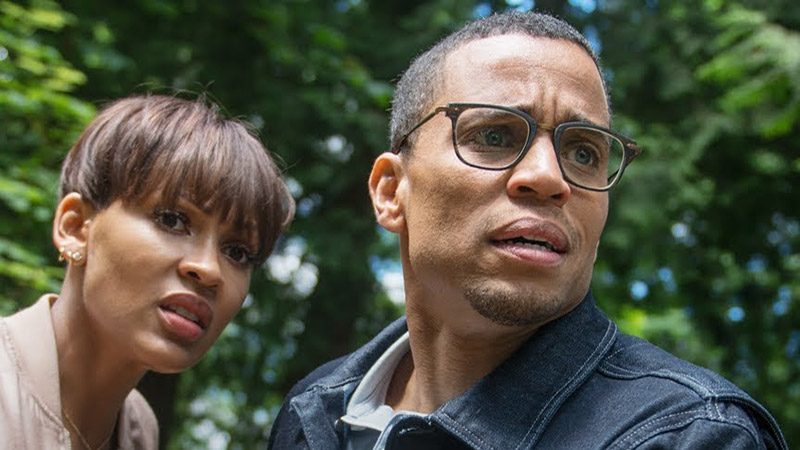 I'm terrified. I don't want my career to end because of this!

Having just got promoted to Creative Director in his San Francisco advertising firm, Scott (Michael Ealy) is ready to splash the cash. Which is lucky really, as his wife Annie (Meagan Good) knows just where to spend it. There’s a remote property in the Napa Valley that she’s got her eye on, as it would make the perfect family home.

The pair decide to go check it out and take a drive over to see the house. It’s there that they meet Charlie (Quaid), who’s selling the property. As he takes them on a tour, he tells them a little about himself; his wife recently died of cancer, and their daughter has invited him to live with her down in Florida, hence his reason for selling up.

Scott knows his wife well enough to see that she has fallen head over heels with the house, so he decides to buy it. They move in, start to make some changes to the house, putting their own stamp on it, and everything seems great. Except one small thing; despite saying he’s off to Florida soon, Charlie is popping around to the house on a regular basis. Annie feels quite sorry for him so is prepared to humour his visits, but Scott is a little more uncomfortable. And as it turns out, with good reason - to say that Charlie is reluctant to let go of the house is putting it mildly. 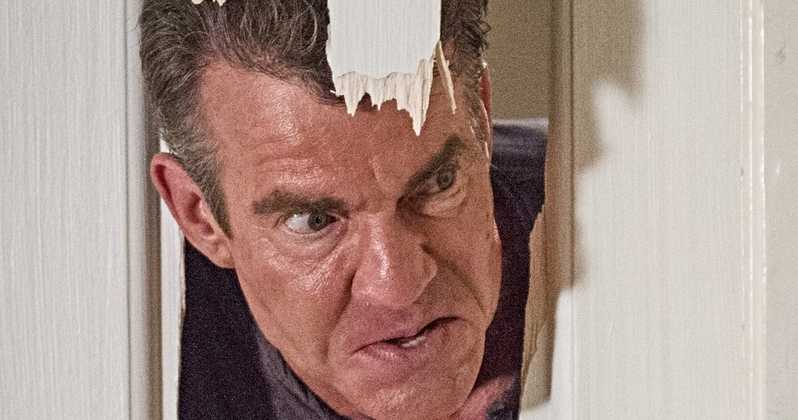 As home intruder films go, this one is about as formulaic as it gets. The one twist however is that it’s an African American family being targeted by a middle-aged white man – you can probably blame Jordan Peele for that . The good news is, for Quaid at least, is that he carries off the maniacal, off kilter home seller rather well. That wide grin of his appears to stretch that extra inch, almost Joker-esque, making him look appropriately menacing.

Director Deon Taylor must have had a dairy farm previously though, as he milks this tired concept within an inch of its life. It’s a film with a small cast, and only three principle roles, with an hour and forty minutes to fill. The key with any film in this genre is when to pull the trigger. At times, it feels like Taylor forgets that there’s any trigger to pull at all, as he relies on hints of fear for over two thirds of the film. And when you have a main cast of a married couple and one nuisance visitor, it doesn’t take long for an audience to work out which way this is going to go. The same can’t be said of the director though, who leaves everything to the last minute to play out the obvious.

The plot is perfunctory at best, with the kind of dialogue that just feels lifted from previous home intruder flicks.

It won’t do either Good or Ely any harm though, as the pair come across well, considering the glaring limitations of their roles. It’s disappointing for Ely especially, who has shown so much promise in his career, on TV in particular, and certainly has what it takes to be a major star, and yet it just hasn’t happened for him yet, sadly.

There could be one winner here though, Quaid, in delivering a convincing dark side that may well open up more opportunities down the line for him. Who knows, he could re-invent himself, a la Liam Neeson, by being the go to OAP baddie.

Generally though, Taylor's film has some nice elements, but is less home invasion thriller and more annoying squatter drama.